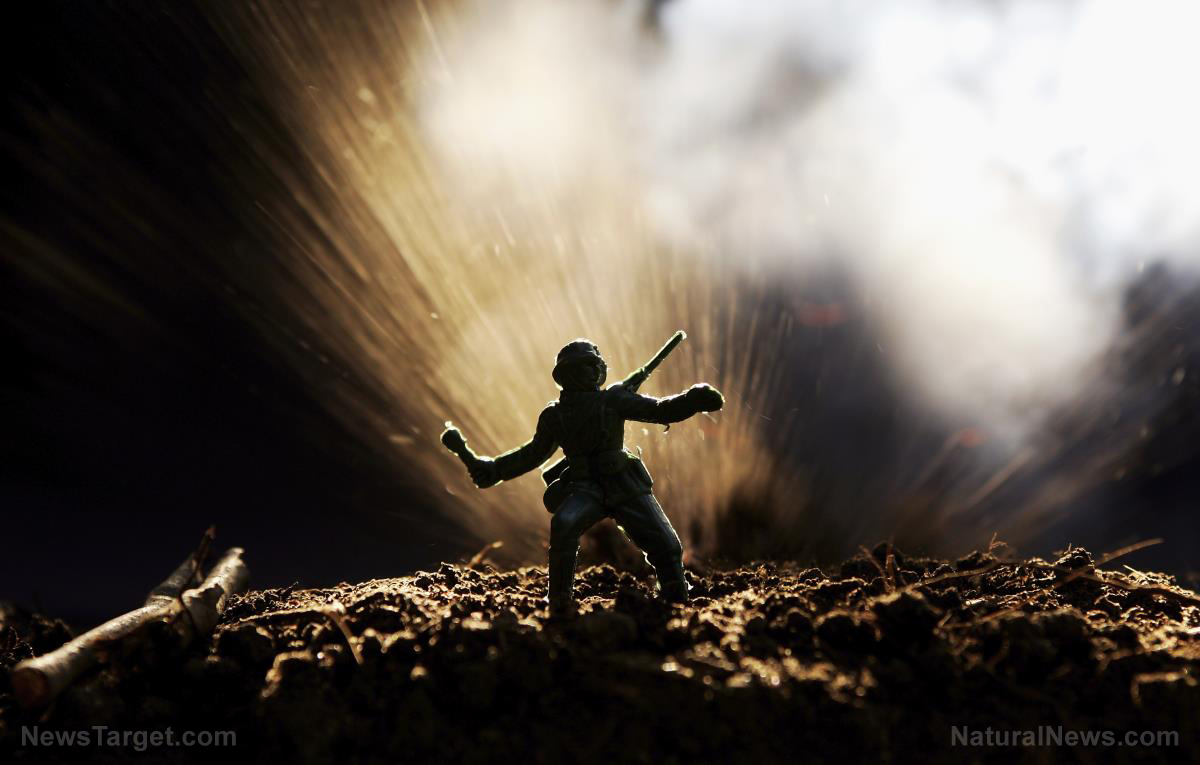 For those of us who are awake, aware and conscious, the world looks increasingly insane… perhaps even hopeless. The emotional whiplash of political elections, outbreaks of war, government lies and cultural insanity can take a real toll on a person’s sense of hope for our world, and far too many goodhearted, sensitive people are right now being driven to a sense of despair.

I’ve recorded a deeply philosophical podcast that confirms the world is going insane around us all, and there’s nothing wrong with you if you see the insanity, the breakdown of civil society and the coming collapse.

In fact, the truly insane people are those who remain oblivious to what’s happening in our world. Much of the world population today has retreated to living inside delusional mental constructs rooted in popular social conformity rather than physical or economic reality. Those people, by the way, won’t stand much of a chance of surviving once things really start to unravel. Natural selection sooner or later prunes delusional organisms from the Tree of Life.

YOU are important to the rebuilding of the next society

Notably, it only takes one large-scale trigger event to bring society to its knees for the simple reason that it is built upon a house of cards. That trigger event, by the way, could be something as simple as a single solar flare or North Korea EMP weapon that brings down the power grid. Current estimates reveal that such an event could result in a 90% reduction in the population of the United States, with most deaths occurring from starvation and disease. (Related: Read Survival.news for daily articles on how to survive the coming collapse.)

Yet even as the current structure of society will soon fail, humanity itself will not become extinct. Even if global death rates reach 90% as is predicted by some analysts, that still leaves roughly 700 million human beings on this planet to build a better society rooted in human liberty rather than global enslavement at the hands of tyrannical government. Notably, the largest percentage of deaths will likely occur in the most densely populated cities, invoking Darwin’s natural selection that eliminates those from the human gene pool who are least qualified to survive (and who tend to be the most delusional about reality).

It is my deepest hope that you and I survive this next great collapse and are able to constructively contribute to the rebuilding of a more just, more compassionate and more sane society that values life, liberty and happiness… all of which are currently under total assault from governments, tech giants (like Google and Facebook) and the entire “status quo” regime that currently runs this planet through deception, propaganda and pure EVIL.

To stay informed from SANE news sources (rather than the totally fabricated mainstream media), visit Censored.news every morning and evening, and bookmark the website. It’s updated hourly.

Listen to my podcast on all this at the Health Ranger Report website, or listen below: