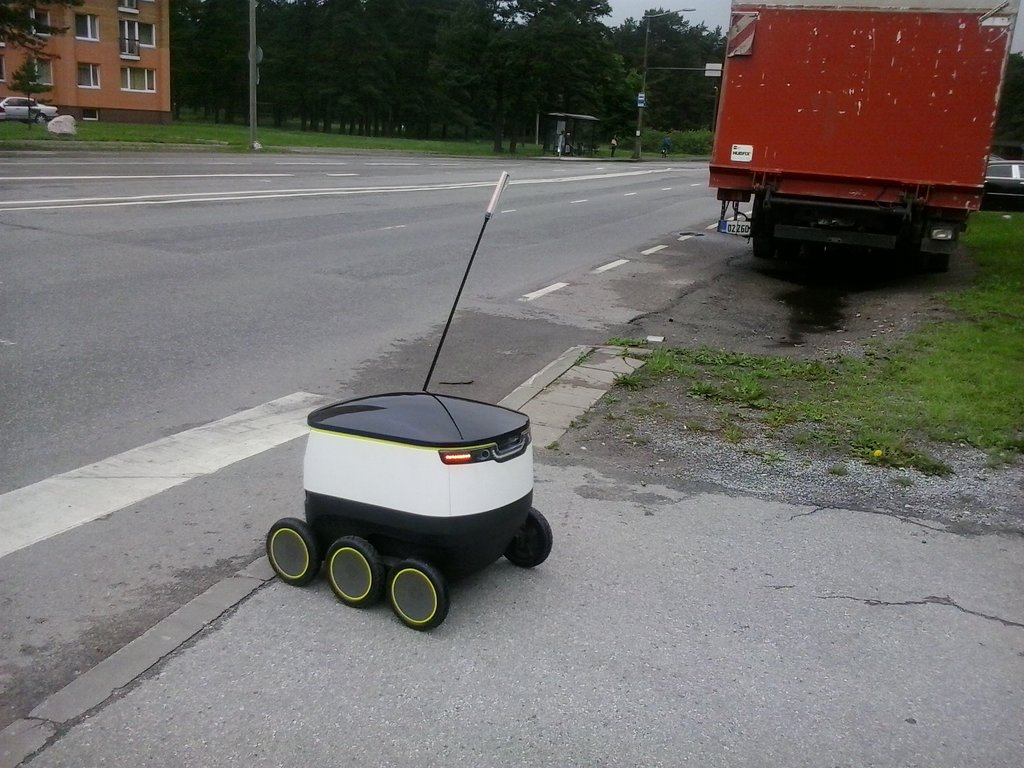 The pizza giant is turning to robotics, just like everyone else. Domino’s Pizza has formed a group called Domino’s Robotic Unit to collaborate with a London-based company, Starship Technologies, to deliver Domino’s pizzas to customers in Germany and the Netherlands. Starship, which was launched in 2014, gained fame when it created a line of six-wheeled self-driving delivery robots that act as your own personal courier. The concept was incredibly simple. Users could track, manage, and schedule their deliveries on their own delivery bots — effectively cutting out the “middle man” and any potential disruption to delivery.

For this new project, a small robot was designed to be a little under two feet tall, weigh around 40 pounds, and travel at a maximum of four miles per hour. Domino’s already tested the vehicles for pizza delivery in Australia and New Zealand in 2016. The pizza chain also delivered a pizza by drone in New Zealand. Domino’s Pizza Enterprises Chief Executive Officer, Don Meji said, “With our growth plans over the next five to 10 years, we simply won’t have enough delivery drivers if we do not look to add to our fleet through initiatives such as this. Robotic delivery units will complement our existing delivery methods, including cars, scooters, and e-bikes.”

Starship’s battery-powered robot runs autonomously on sidewalks and can carry loads of up to 20 pounds. The cargo hold is sealed and can only be unlocked via a code sent to the customers on their mobile phones. The hold itself is completely insulated. Orders are placed inside a special hot or cold bag similar to the ones already being used in motorcycle-based deliveries. These robots navigate using on-board cameras, maps, and ultrasonic sensors.

“Dependent on size, we can carry up to eight pizzas on a delivery or a variety of combinations of pizzas, sides and cold drinks or dessert products,” says the company.

The robotic deliveries are expected to launch in Hamburg, Germany by summer. However, it will only be available within a one-mile radius of select Domino’s branches. If this proves to be successful, the company plans on launching these delivery bots in the U.K.

Starship is already in partnerships with several food, grocery, and parcel services in such countries as the U.K, U.S, Estonia, Switzerland, and Germany.

The future of robotics

Mercedes-Benz Vans recently entered a strategic, long-term partnership with Starship Technologies. The strategic initiative carried a hefty price tag of around 16.5 million euros. The hope is that the collaboration would give life to the “mothership” concept. That is, combining the advantages of a van with that of a self-driving delivery robot to create a machine — or rather, a set of delivery systems —  that could act as both. A prototype presents a Mercedez-Benz Sprinter (a passenger van) serving as the mobile loading and transport hub for eight Starship robots. Through digital interlinking of delivery processes, the “mothership” would improve the efficiency of last-mile delivery logistics. In a statement to the press, Volker Mornihinweg, Head of Mercedes-Benz Vans says, “the introduction of the van as a mobile hub widens the operational radius of the robots significantly, while also rendering superfluous the cost-intensive construction and operation of decentralized warehouses.”

The idea is to eventually have self-driving vans that would transport these robots for more efficient delivery. This setup would have several advantages. Not only does this concept significantly improve delivery time, but it also improves customer satisfaction. “We see the combination of these two technologies as an opportunity to give our van customers access to some completely new services and business models. At the same time, we make the delivery process much more convenient for the end customer,” concludes Mornhinweg.