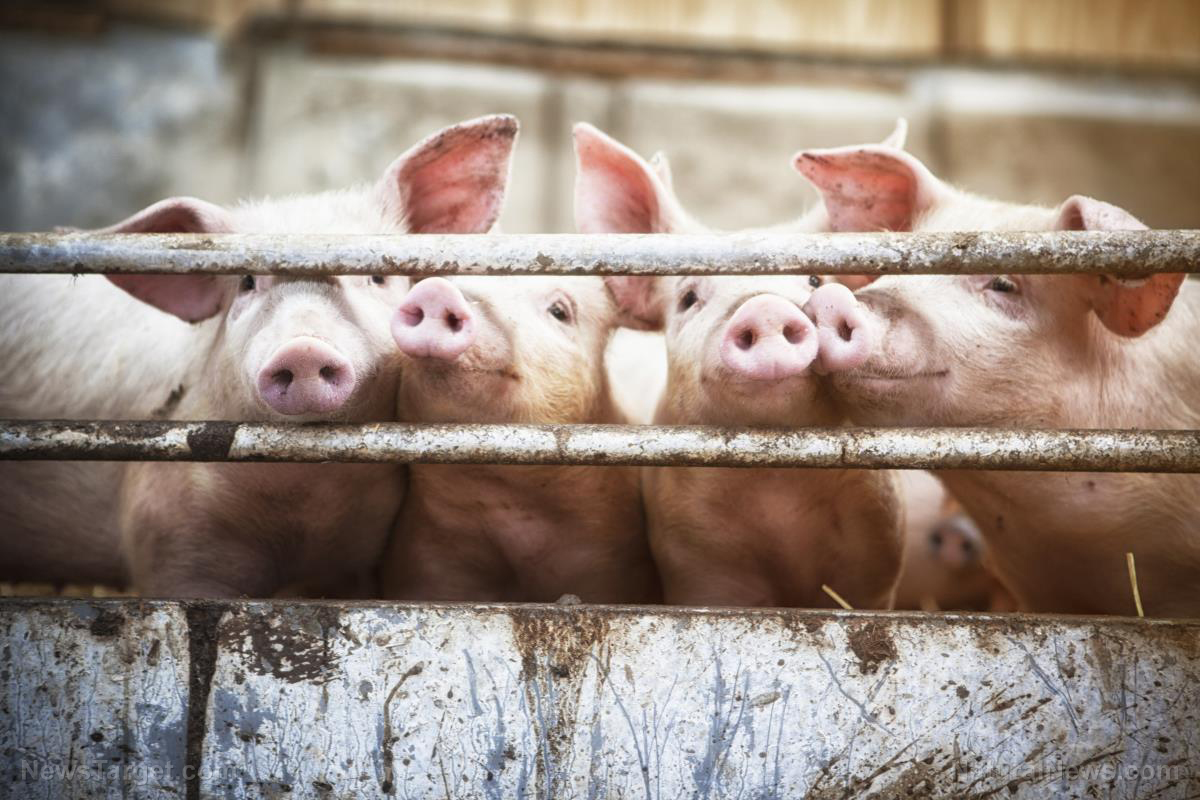 Would you undergo an organ transplant if you needed one — even if that organ came from pigs? Smithfield Foods, the world’s largest producer of pork, is also seeking to carve out a niche for themselves in the organ transplant market. The company recently announced that they had even created a separate bioscience unit to expand its role in supplying pig parts for medical purposes.

While the routine use of pig organs in humans is still years away, scientific research is growing closer to bringing this nightmare to reality. With recent breakthroughs, the hurdles that have confounded past attempts at such feats are slowly but surely being removed. Reuters describes the harvesting of pig organs for use in humans as an “attractive new market.” It is true that the number of people waiting for organ transplants vastly exceeds the number of human organs available, but the fact remains that there are serious concerns about the ethics of harvesting organs from animals for the sole purpose of transplanting them into humans.

Of course, Smithfield Foods likely has no qualms about the ethical treatment of animals: The food giant has faced a tremendous amount of scrutiny for the poor conditions in which they keep their animals. In 2007, a local prosecutor in the state of North Carolina launched an investigation against Smithfield Foods after animal rights activists caught workers savagely beating and dragging the animals; some even had their eyes gouged out and their testicles cut off.

The company came under fire again 2010, after they failed to fulfill their promise of phasing out “gestation crates,” which confine pregnant pigs to a 2 foot-by-7 foot box — an experience animal welfare expert Temple Grandin reportedly described as “a life spent trapped in an airline seat.” While Smithfield Foods announced earlier this year that they were almost done transitioning their sows to a group housing system, the issue of gestational crates is but one small piece of a larger issue regarding how farm animals are treated.

Courtney Stanton, the vice president of Smithfield Foods’ new bioscience department, told Reuters that while the company has historically been a food-focused operation, they are hoping to change that. “We want to signal to the medical device and science communities that this is an area we’re focused on – that we’re not strictly packers,” she explained.

It was truly only a matter of time before the food, biotech and medical industries came together. And what a disturbing time it is.

Stanton says that Smithfield Foods’ first forays into pig organ market would likely involve pig organs that undergo the decellularization process — wherein the existing pig cells are removed and replaced with human cells — but notes that they would not be ruling out the breeding of genetically modified pigs, either.

George Church, a genetics researcher and professor at Harvard Medical School, made waves two years ago by using gene editing technology known as CRISPR to cut away genetic material that has impeded pig-to-human organ transplantation in the past. Church has since founded his own company, eGenesis Bio, to develop “humanized” pigs that won’t provoke transplant rejection or transfer viruses to humans.

Smithfield already harvests “materials” for medical use from the 16 million pigs the company kills each year. According to Stanton, the US market for “pork byproducts” equates to over $100 billion — and that excludes the potential future of harvesting organs from the animals for use in humans.

Beyond Smithfield Foods’ appalling history of animal abuse, there are many concerns about this concept. Some might suggest that the practice is no different than harvesting pigs for meat, but that practice itself is wrought with controversy — especially given the way animals are treated. Is it truly ethical to genetically modify pigs — or any animal — for the sole purpose of human use? And at what point are we compromising our own humanity by subjecting living things to such experimentation? In a recent experiment of genetic modification, researchers found that pig embryos infused with human DNA  grew more slowly and were smaller than they should have been. The truth is that researchers cannot, with absolute certainty, predict the outcome of these attempts at genetic modification, and they could cause many animals undue pain and suffering long before they ever get close to their goal of growing human organs in other animals.

For more news about genetic engineering at GeneticLunacy.com.