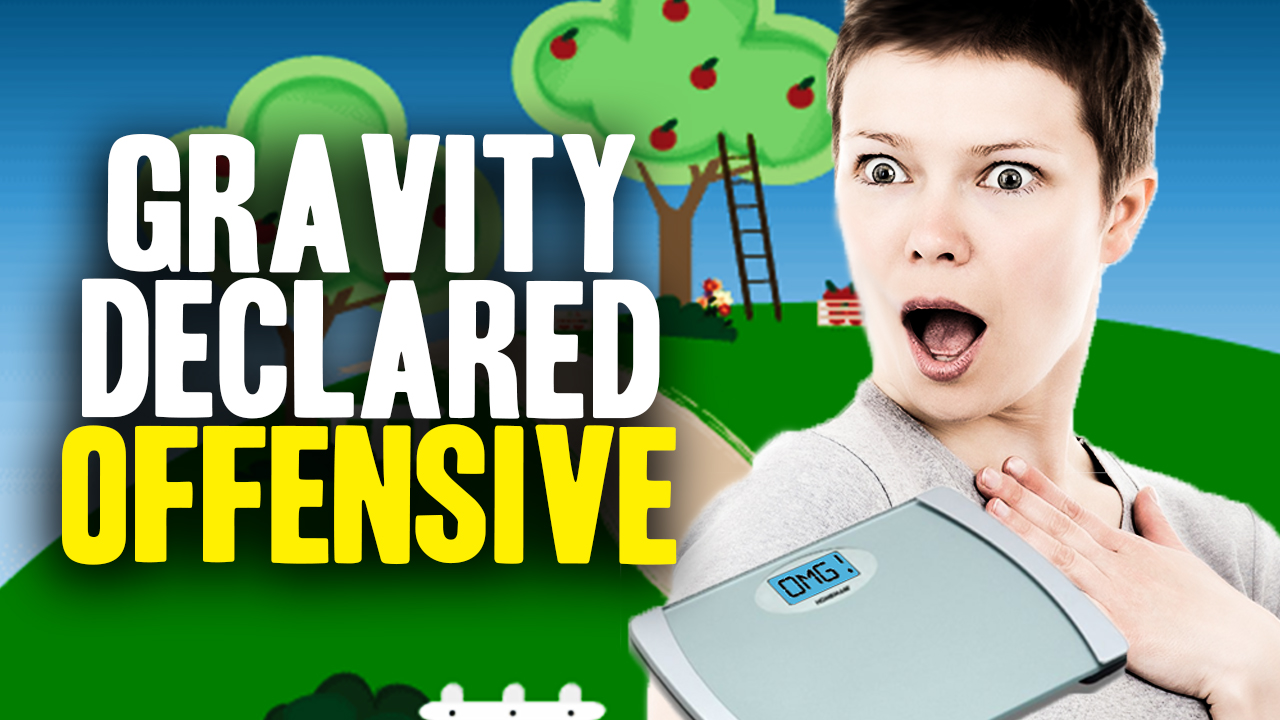 University students in Canada feel triggered by gravity every time they step on weighing scales.

The Health Ranger said that a university in Canada has declared gravity as intolerant and offensive. The university has taken the steps to remove all the weighing scales in their gymnasium to protect their snowflake (a new term that describes people who claim themselves as “unique” and therefore, entitled) students from weighing themselves. Weighing scales were deemed to be offensive as students who use them feel assaulted. Gravity is manipulating the numbers being flashed on the machines.

Should gravity be blamed because some students weigh more than they initially thought? Or are they to blame for their weight gain problems?

Apparently, these students are triggered by the tinniest of things. In this case, they blame the gravity for their weight. How ridiculous is that? What’s funnier is that it never occurred to the university that perhaps people can choose not to step on the scale or not see the numbers that indicate how much weight they gained. But no, the mere presence of the scale is offensive to these young snowflakes who think they are the perfect specimen. The fact remains that they cannot handle reality. If only these snowflakes could climb back into their mother’s womb away from all these “triggers”..Normal people would love to have a world where these kids do not exist.

They are ridiculously incredible. The university has said students are not obliged to step on the scale. Instead, they can use measuring tapes to measure the girth of their hips and abdomen. But isn’t this equally offensive to stepping on a weighing scale? Both procedures provide measurements.

The Health Ranger jokingly suggests that for the students to stop feeling assaulted by numbers, they must outlaw numbers. The ideal safe space will be a giant blank canvas surrounded by a bunch of empty-minded faculty and students. They will revel in the fact that there is nothing there to trigger them, literally. It is just an infinite, empty abyss of nothingness. There would be no concept that might offend their fragile little minds. “Nothing can be offensive if there is nothing to learn” should be the slogan of the universities today.

It is absolutely appalling what the society has come to. Students like the ones in a university in Canada are the perfect example of how society might function a few decades from now, and it is not right.

Mike Adams is the Health Ranger. He is an award-winning author of one of the bestselling science books on Amazon.com, Food Forensics. Adams is an innovator. He pioneered the invention called Cesium Eliminator. This formula helps disrupt the cesium-137 radionuclides from the body, ultimately eliminating it. He is also the lab science director of an analytical laboratory accredited by the ISO. The Health Ranger lab has tested more than 600 products, which can be found in Health Ranger’s online store. Adams is also the inventor of the Mini Farm Food Rising Grow System, which helps grow food even without electricity. The Health Ranger precisely predicted the dot-com crash of 2001, as well as the housing bubble crash of 2007.