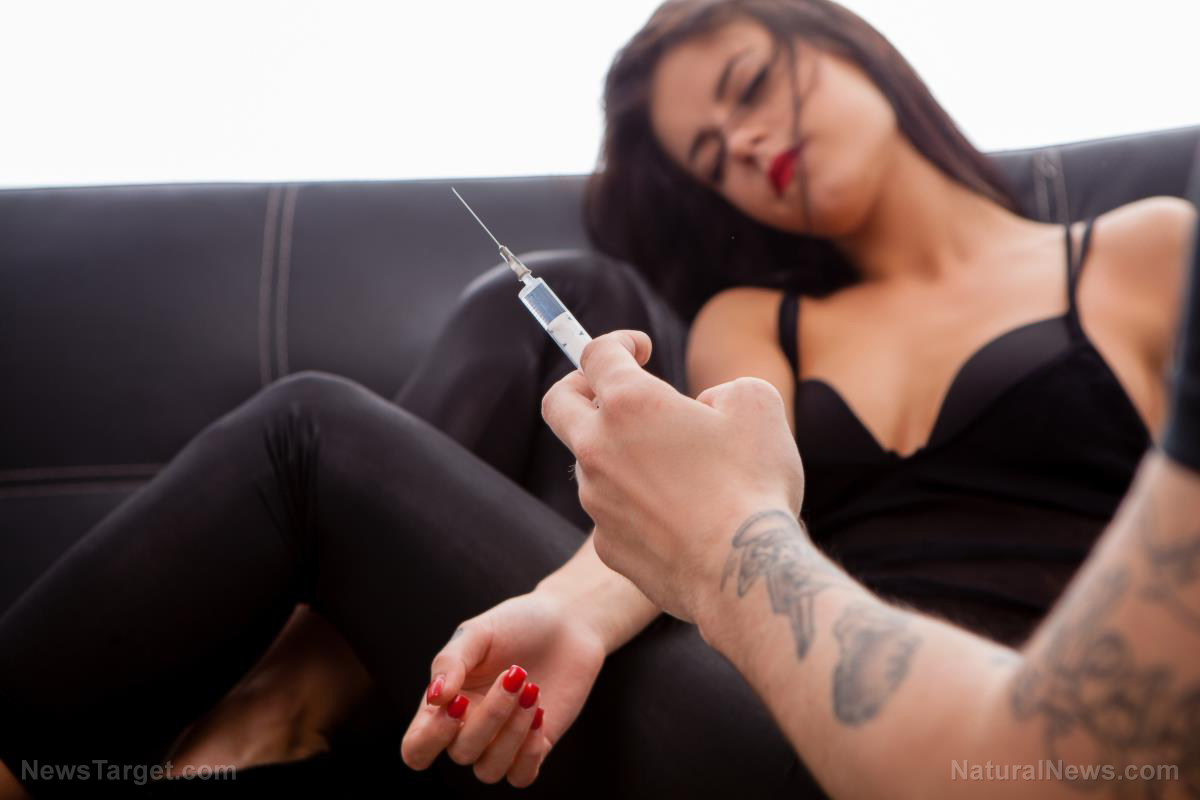 For the last eight years, Democrats allowed drug smugglers and drug cartels to run rampant across the U.S. border, hoping to invite in a sufficient number of illegal aliens to make sure a Democrat could win the presidential election (through illegal voting, of course). The America-hating Democrats lost the election, but the social cost of their “open borders” lunacy will be felt for years to come. (See also The Left’s Descent to Fascism for more background on the deeper cost to society of the Left’s embrace of fascism and treason.)

One of the most devastating costs of the Democrats’ open borders policy is the widespread trafficking of illicit drugs across the U.S. border, effectively flooding the heartland with dangerous chemical substances that destroy lives. Those chemicals are now killing more Americans every year than the entire Vietnam War.

According to an analysis report published by the U.S. Centers for Disease Control, overdose deaths from illicit drugs have reached war-like levels of annual deaths:

The drugs cited for causing the overdose deaths are many of the same drugs brought into the United States by Mexican drug cartels, using smuggling routes that were left largely undefended by the Obama administration, which sought to leave America’s borders wide open for political purposes:

“A multifaceted, collaborative public health and law enforcement approach is urgently needed” to stem the growing epidemic, urges the CDC report, yet Democrats have systematically opposed any substantial support of police, Border Patrol or any law enforcement body that would substantially reduce the inflow of these addictive, dangerous substances into the United States. (Related: Find more news about drug addiction at Addiction.news.)

In other words, just to keep winning elections, the Democrats have allowed a deadly drug war to be waged on the American people by drug cartels that largely originate from South of the border. Just to get Hillary Clinton elected, the Democrats subjected America to Vietnam War levels of carnage, suffering and death. That’s how much the Democrats despise America (and are willing to do anything to attain political power).

“The ongoing epidemic of opioid deaths requires intense attention and action,” warns the CDC report, which also points out the role of Big Pharma and the overprescription of addictive opioids. Yet the Obama administration did absolutely nothing to reel in the domineering power of the “legal” drug cartels in America: the pharmaceutical industry. While Americans are dying by the tens of thousands, Big Pharma is reaping a windfall of profits from addictive opioids. Follow the saga of opioids at OPIOIDS.news.

For eight years under Obama, the Democrats sold out America to both the pharmaceutical giants and the Mexican drug cartels, and now we’re paying a devastating price across society. The loss of productive lives, the addiction treatment costs and the law enforcement burden are all adding enormous economic burdens to cities and states that are already drowning in debt.

At the same time, treasonous, lunatic Leftists declared their cities to be “sanctuary cities” to actually harbor violent criminals and drug dealers, further adding to the scourge of drug deaths now devastating Americans across the country. (Question: When will President Trump arrest the mayors who openly violate immigration law and harbor violent criminals under the treasonous scheme of “sanctuary?”)

The upshot of all this is that this enormous problem with drug deaths has been dumped in President Trump’s lap. Fortunately for us, DHS Secretary John Kelly appears to be taking this problem seriously. In prepared remarks delivered at George Washington University, Kelly rips into the enormity of the drug smuggling / drug cartels fiasco left behind by Obama, promising to finally allow law enforcement to take aim at the flow of these illicit street drugs that are killing tens of thousands.

“[T]he damage TCOs [Transnational Criminal Organizations] do is not only violence and potential terror. It is also vast tonnages of marijuana and hard drugs—cocaine, heroin, counterfeit opiates, fentanyl, and meth amphetamines—they smuggle across our borders to feed both the recreational and addictive U.S. drug demand,” Kelly said. His remarks continue:

It’s the highest number of drug-related deaths our country has ever seen. It’s more deaths than the peak of the AIDS epidemic in 1995 [2]. In a single year, we’ve lost nearly as many Americans to drug overdose as we lost in battle in World War I [3]. Almost as many as was lost in 12 years in Vietnam.

And that’s just overdose deaths. That number—as high as it is—says nothing about the long-term health damage to our citizens who survive, to say nothing about the human misery, the families ripped apart, and the extremes of crime and violence inherent in the illegal-drug enterprise.

Frustratingly, Kelly goes on to denounce marijuana as a “gateway drug” without making a distinction between non-psychoactive CBD products vs. high-THC (psychoactive) marijuana, saying, “DHS personnel will continue to investigate marijuana’s illegal pathways along the network into the U.S., its distribution within the homeland, and will arrest those involved in the drug trade according to federal law.”

Nevertheless, it’s refreshing to finally see someone at DHS who is actively seeking to thwart drug cartels and drug smuggling into the United States. It may take far more than eight years under President Trump, however, to finally get a grip on this massive problem that’s been allowed to fester under Obama and the Democrats.

While much of the so-called “War on Drugs” is a total sham and a complete waste of money, filling our prisons with non-violent marijuana users, the problem of heroin smuggling and hard drugs from Mexican drug cartels is a very serious and costly problem that must be urgently dealt with. We must also, of course, deal with Big Pharma’s opioid epidemic and the mass over-prescribing of such dangerous drugs by corrupt doctors who are routinely bribed by drug companies across America.

Watch my mini-documentary on the drug war’s “fake science” problem in this shocking video: