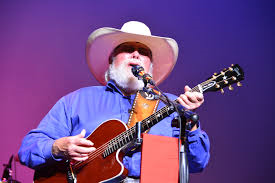 Charlie Daniels is a consummate fiddler, guitar picker, song writer and 2008 inductee of the Grand Ole’ Opry. His influence on southern and country rock music is renown, as he’s been stomping, fiddling, picking, singing and touring since the 1950s. He’s also been doing some serious observations on the ever increasing police state. In an article he penned for Cns.news, Daniels compares today’s big government apparatus and social engineering structure to what was operating in George Orwell’s dystopian classic novel “1984.”

“‘1984’ was, I think, viewed as a futuristic warning, an omen of the evil of a paranoid, power drunk government, feared, but basically relegated to the Neverland reaches of the mind . . .”

There are thousands, perhaps millions, who have read Orwell’s book — the author’s real name is Eric Arthur Blair —  for a high school or college reading assignment. Most who perused the novel, as the iconic rock star has suggested, didn’t begin to conceive that something so dark and drastic could ever happen in America. But Mr. Daniels contention is that the essence of the novel has indeed arrived, even though the timing may be a few decades past Orwell’s projected due date. He calls out “the gaggle of federal government acronyms, FBI, CIA, NSA, etc.,” whose job it is to track, listen, store and spy on just about anything that any person does.

As most who are awake understand, the smart phone is a bevy of juicy personal info, and anything you do, speak or purchase with that phone can be immediately sucked up into one of those NSA monolithic edifices that hold terabyte upon terabyte of metadata. But even land lines, refrigerators, smart meters, any grocery store or drug store purchases with your debit card, all medical records, educational achievements, computer key strokes, banking transactions and just about anything a person does, can and will be gathered up, Daniels says, “simultaneously and continuously.” It’s chilling to ponder that this includes all who have decided to prepare by purchasing organic survival food, as well as any prepper product, ordered online.

That’s a tremendous amount of computer power, the music legend writes, and the results are creating a world where living in harmony with nature is forgotten and the concept of a moral, rational society with true justice and compassion cannot exist:

“Recent events have brought to light the existence of a shadowy world where morality is nonexistent and the law of the land is nothing more than a suggestion. . . The implications of this sordid flaunting of the law are almost beyond comprehension, the thought that nobody is safe from surveillance for no good reason at the whim of someone with access to the information.”

For America to be able to survive as a free nation, says Daniels, the truth about the dark side must be ferreted out. He wants “heads to roll ” with prison sentences and complete exposure to the dark prism of the shadowy government apparatus, regardless of where it leads, or how it ends.

Maybe the Charlie Daniels Band will make a slight change in the song lyrics to one of his better known tunes. Perhaps instead of the devil going down to Georgia, he wiggled his way north to Washington, D.C.