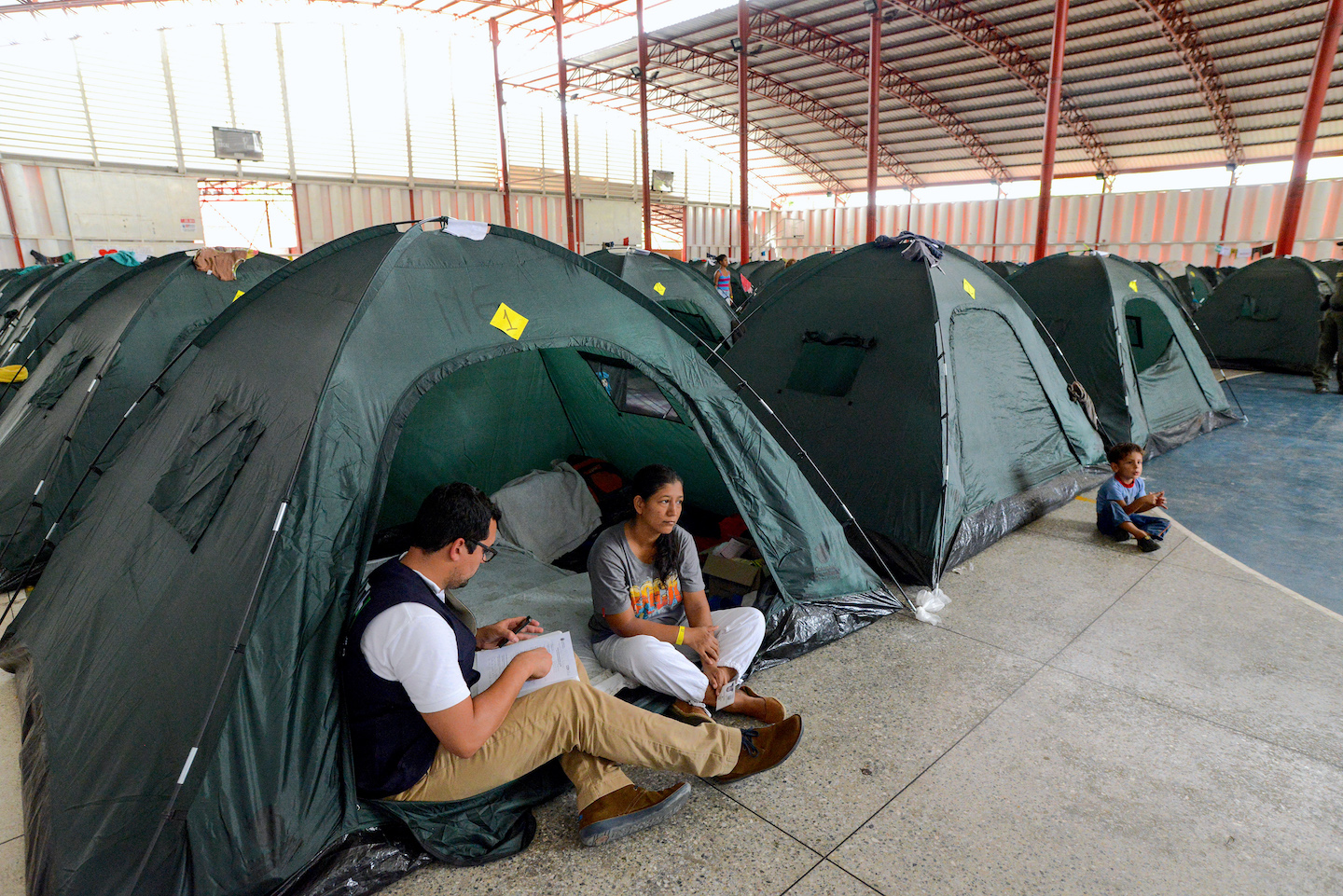 Every tyrant uses the same playbook to hold onto power, even in the face of widespread opposition. Control the media with the use of censorship and propaganda. Punish political opponents. Begin making unilateral declarations to expand power. Rely on the military. Disarm the population.

It now appears that Venezuelan “President” Nicolas Maduro has finally adopted that last measure in a desperate bid to double down on crushing socialist economic policies that have bled his once-prosperous nation dry and have left his people starving as much for hope as they are for food.

As reported by the Washington Free Beacon, the Maduro government is proving why America’s founding fathers insisted upon including ensuring the people’s “right to keep and bear arms shall not be infringed…” in the Constitution. (RELATED: Is Venezuela America’s future? Will our nation descend into chaos as food riots spread?)

During a recent speech to loyalists of his increasingly repressive regime, Maduro pledged to distribute guns to them that had been confiscated from the civilian population over the past few years.

“A gun for every militiaman!” he said to uniformed militia members outside of his presidential palace, Fox News noted in its own report, adding that he planned to arm some 400,000 presidential militia that he controls:

The Bolivarian militias, currently at approximately 100,000, were created by the late Hugo Chavez to assist the armed forces in the defense of his revolution from external and domestic attacks.

Overall, Maduro hopes to swell those ranks to 400,000, virtually guaranteeing that no matter how much more suffering his policies inflict upon his own people – and how unaffected by them he is – that he’ll remain in power as long as he wants.

The Free Beacon said the arming of the militias comes about five years after the government outlawed private sales and civilian ownership of firearms. At present, only the military, police and certain security firms can be armed, and the latter must buy firearms from one state-run arms company.

Like Left-wing gun grabbers in the U.S., the Maduro government justified the country’s firearms ban saying the intention was to cut down on violent crime and its epidemic of murder. But as has happened after similar gun bans in some parts of the U.S. enacted to ‘combat crime,’ the murder rate in Venezuela jumped after the gun ban, the Free Beacon reported:

Gun bans accomplish two things: They make the unarmed more vulnerable, and they empower dictators. Maduro has effectively created a situation in his country where ordinary civilians are powerless to defend themselves against his armed supporters.

Still, those who long for change and freedom have not backed down. Mass demonstrations and protests in the streets of the capital city of Caracas continue, though there have been five deaths in the latest round of resistance. Some have said the current protests are more widespread and intense than previous instances, indicating that Venezuela may be at the breaking point. (RELATED: Infants Are Now Starving To Death In Socialist Venezuela)

While current reporting does not disclose how Maduro plans to use his newly armed brigades, history and experience provide the answer: He will use them as Hitler used his Brown Shirts and the new Marxist Left in the U.S. uses the modern-day incarnation of Hitler’s thugs, “Antifa” and similar groups – to level violence against political opponents. Follow more news about guns and gun rights at Guns.news.