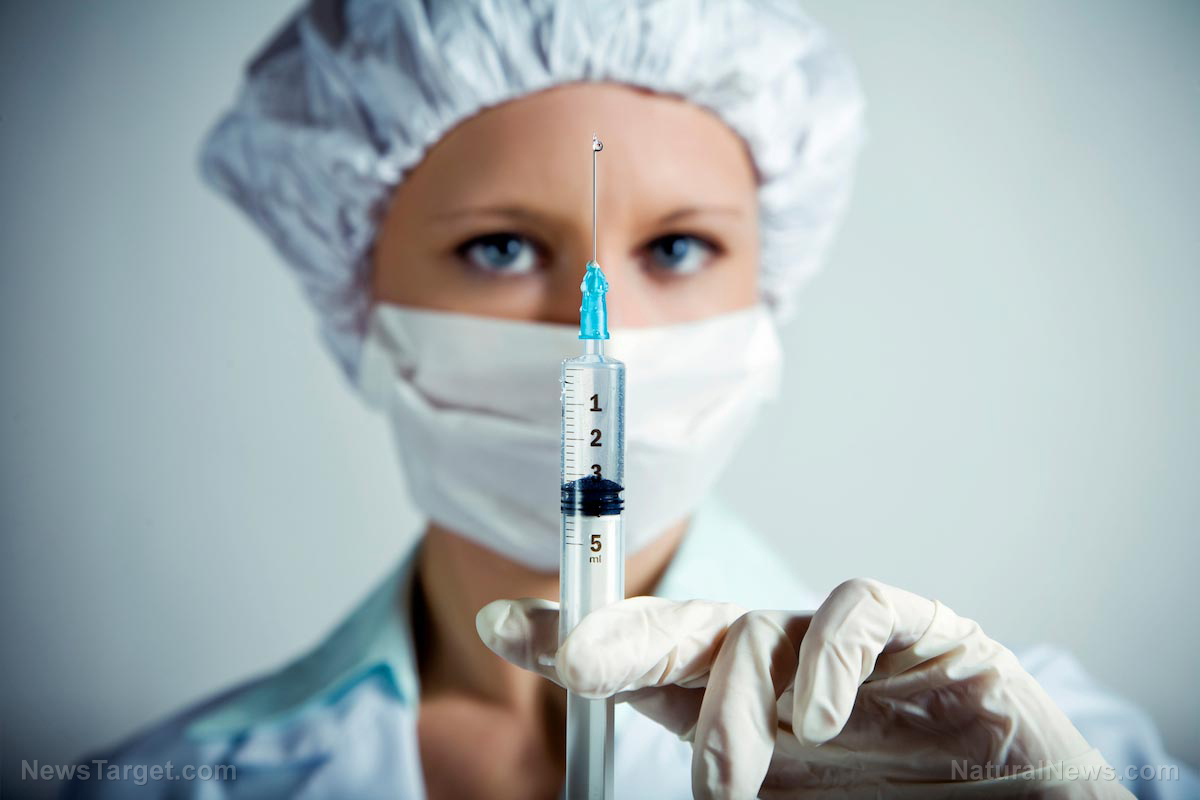 Vaccine industry zealots believe in destroying the freedom to think. Their actions — and especially the actions of sociopathic medical violence pushers like Dr. David Gorski — reflect the kind of destruction of knowledge we’ve all witnessed throughout history when evil regimes burned books in order to control the official narrative. (Dr. Gorski is a high-level editor at Wikipedia and writes all the entries involving vaccines, chemotherapy and cancer surgery, blocking all dissenting facts or information he doesn’t like.)

There is no question whatsoever that vaccines cause widespread harm and death — see this revelation about the UK government paying out tens of millions in damages after hundreds of children were brain damaged by the swine flu vaccine — yet this simple, irrefutable fact is not even allowed to be debated today due to the coordinated, pharma-funded effort to absolutely destroy any person who even asks a simple question about vaccine safety or vaccine ingredients.

As a simple demonstration, witness this GreenMedInfo.com article describing a vaccine science study that found a 212% increase in infant mortality among infants who received DTP vaccines vs. those who didn’t. As this article reveals, some vaccines actually harm or kill far more babies than they save. Yet this very idea is ridiculed as “anti-science” by religious science fundamentalists, even when the conclusion is precisely backed by peer-reviewed, published science.

Note: We’ve just launched a new website called Natural News Reference that lists the ingredients for over 60 popular vaccines. Go there now to search for vaccine insert sheet ingredients lists and see for yourself what vaccines are really made of.

As a perfect example of the silencing of dissent (and the complete abandonment of scientific debate on the vaccine issue), consider the fact that legendary actor William Shatner recently tweeted a link to the TruthWiki.org website’s profile of rabid vaccine zealot Dr. David Gorski, one of the vaccine industry’s most malicious attack dogs who routinely slanders the Health Ranger and Natural News with wholly fabricated smears rooted in his own mental instability. (See Shatner’s link below.)

Dr. Gorski, a breast cancer surgeon who preys upon black women in the Detroit area and is a colleague of Dr. Farid Fata, a cancer fraudster who was arrested by the feds, indicted for massive medical fraud, and is now serving 20+ years in federal prison. They both worked in the same facility, and Dr. David Gorski has been reported to the FBI for possible conspiracy involvement in criminal schemes involving medical malpractice and the high-profit maiming of innocent women for profit.

When Shatner tweeted the URL to TruthWiki.org, which exposes the astonishing history of deceit, distortions and abandonment of medical ethics by Dr. Gorski, he was roundly blasted by the coordinated efforts of the vaccine establishment, which incessantly seeks to silence all dissent: Vaccine zealot David Gorski then begged all his friends to attack William Shatner, claiming he should have quoted Wikipedia instead of Truthwiki, but he neglected to tell William Shatner that David Gorski is the author of the Wikipedia page on David Gorski. He’s a high-ranking Wikipedia editor and oversees the coordinated smearing of all those who question the safety of vaccine ingredients. Shatner isn’t even opposed to vaccines, but was immediately labeled an “anti-vaxxer” by the vaccine brigade, which seeks to silence all those who question vaccines or who even dare to publicize issues surrounding autism: (for the record, Shatner fully supports immunizations, yet even a “whiff” of supporting the autism community got him slandered by the vaccine zealots)

In response, David Gorski begged his friends to pen a defamatory article about William Shatner at SLATE, the rabid anti-science, Left-wing smear rag funded by George Soros, the liberty-hating globalist. SLATE also attacked the Health Ranger in another attempt to try to discredit real science that questions vaccine disinfo:

In response, William Shatner tweeted out several Natural News URLs documenting the real story on David Gorski, daring to stand up and question the intimidation tactics of Gorski and the vaccine zealots. Here’s one of Shatner’s live tweets:

Now you’re getting a real sense of the level of intense bullying, censorship and intimidation wielded by SLATE, the vaccine zealots and incredibly dangerous, psychotic individuals like Dr. David Gorski (who controls much of the vaccine disinformation on on Wikipedia). Those people have more in common with radical Jahid than legitimate scientific debate.

(Be aware that Shatner was not attempting to wade into the vaccine debate. He was merely attempting to originally tweet out support for autism awareness. What he discovered, however, was the cesspool of vaccine Jihad intimidation and bullying tactics.)

Above all, remember that vaccine skepticism is rooted in rational thinking and genuine science. Many vaccine ingredients — such as mercury, aluminum, MSG and formaldehyde — are undisputed as known neurotoxins. The CDC confirms that some vaccines include ingredients such as diseased African Green Monkey kidney cells, and aborted human fetal tissue is also commonly used in many vaccines, including the chickenpox vaccine.

This video animation explains how vaccine are really made, and efforts have already been made to try to BAN this video from the internet:

Stay informed. Stay vigilant. Refuse to be bullied by the sociopathic vaccine zealots whose actions resemble Jihad more than science.