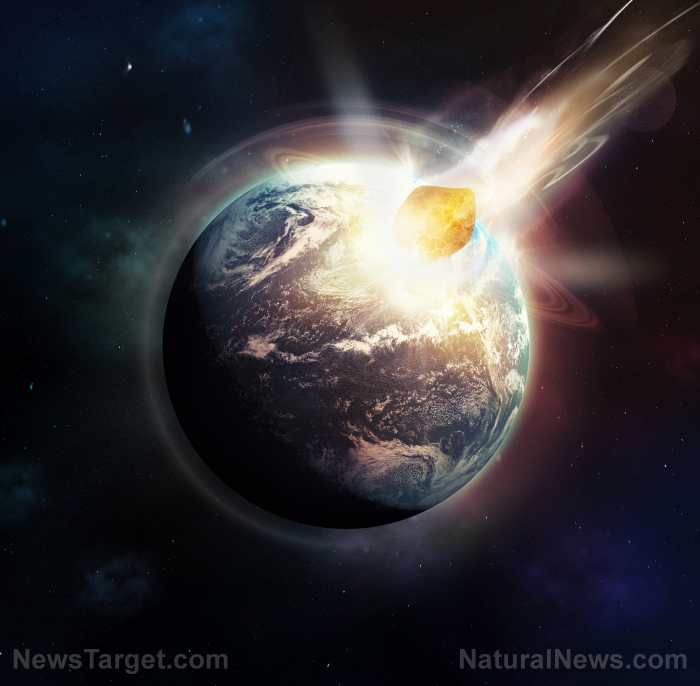 What would happen if an asteroid slammed into the earth? Researchers from the University of Southampton concluded that the most devastating effects would be wind blasts and pressure shock waves. According to the researchers, “overpressure can rupture internal organs, while a wind blast dislocates bodies and objects to cause harm.” The estimated human death toll is in the millions. The study was published in the peer-reviewed journal Geophysical Research Letters.

Clemens M. Rumpf, Hugh G. Lewis, and Peter M. Atkinson explored the seven effects associated with asteroid impacts and ranked them from most to least deadly. Rumpf and his colleagues looked at pressure shock waves, cratering, seismic shaking, heat, flying debris, tsunamis, and wind blasts. The researchers accomplished this by using computer models to strike the globe with 50,000 artificial asteroids ranging from 49 to 1312 feet across. Following this the researchers then estimated the number of lives that would be lost to each of the seven effects.

“This is the first study that looks at all seven impact effects generated by hazardous asteroids and estimates which are, in terms of human loss, most severe,” Rumpf has said. The senior research assistant has expressed hopes that their efforts would aid hazard mitigation groups in preparing for asteroid threats.

“This report is a reasonable step forward in trying to understand and come to grips with the hazards posed by asteroids and comet impactors,” stated Jay Melosh, Geophysicist and Professor at the Department of Earth, Atmospheric and Planetary Sciences at Purdue University in Lafayette, Indiana. Melosh went on to add that the findings “lead one to appreciate the role of air blasts in asteroid impacts as we saw in Chelyabinsk.”

Although necessary, Rumpf stated that deadly asteroid impacts are still rare. “The likelihood of an asteroid impact is really low. But the consequences can be unimaginable.” (Related: Asteroid strike near New York City would kill 2.5 million people, reveals physics simulation based on NASA data)

Larger asteroids would cause long-lasting environmental changes, the researchers have said. The huge masses of gas and dust whipped up by asteroid impact would block out sunlight for prolonged periods of time. Plant and animal life would not be able to survive. These long-term effects would be the primary issue with bigger asteroids.

For an asteroid to be lethal, it needs to be at least 60 feet in diameter. Any asteroid smaller than this would disintegrate in the Earth’s atmosphere before making contact with the surface. However, smaller asteroids strike the Earth more frequently than larger ones and can still cause sufficient amounts of damage.

Read more articles like this when you visit Space.news.