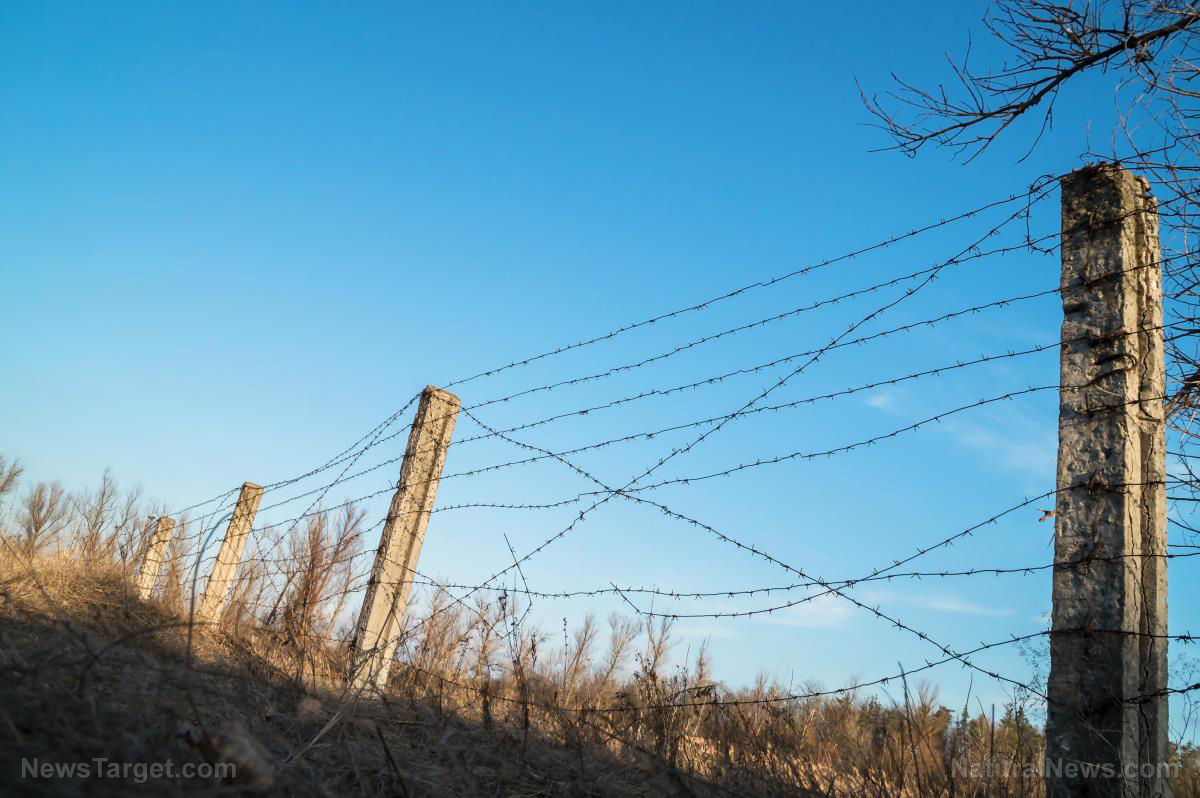 One of President Donald J. Trump’s signature issues on the campaign trail was illegal immigration and, specifically, his intention to build a wall that spanned the entire length of the U.S.-Mexico border.

As we’ve suggested before, it’s beginning to look more and more like the president won’t need one, or at least not as long a wall as he once thought.

By simply enforcing existing immigration laws and shoring up border security, the Trump administration has managed to reduce the flow of illegal border crossers by as much as 90 percent in some sectors of the border, according to Americans who live and work in those areas.

As noted by The American Mirror, Democrats hate the fact that Trump wants to put up his wall (and so do a few Republicans). House Minority Leader Nancy Pelosi, D-Calif., has called the wall “immoral, expensive, unwise.” (RELATED: Trump team seeks agency records on border barriers, surveillance)

But Americans who live along the border don’t agree. Some of them have invited the minority leader to the border in the past, to see the damage illegal crossers cause and the dangers posed by cross-border drug trafficking.

She, of course, has refused.

Two men who have asked Pelosi to join them on the border are Arizona ranchers Fred Davis and John Ladd. Appearing on the Fox News morning show “Fox & Friends” Tuesday, Ladd estimated that illegal crossings along his stretch of land near the border have fallen by 90-95 percent since Trump was elected.

What was even more shocking to him, is he discovered – using data supplied by the U.S. Border Patrol – that nearly a half-million people have crossed over his property in the three decades since he’s owned it.

As for Davis, he had no use for Pelosi’s misguided (and politically correct) comments about the border wall.

“All the communities that I know about, all the cities along the border, already have high fences,” he told Fox & Friends co-host Steve Doocy. “Where the wall is necessary is in a lot of the outlying areas that still only have a four-wire barbed-wire fence between Mexico and us.”

In many regions of the border, the so-called barbed-wire fence is a fence in name only. Years of neglect and massive crossings have rendered miles and miles of that fence completely useless, not at all a deterrent to crossing. In some places, you can’t even tell where the U.S. border ends and the Mexican border begins.

But Davis and most border-area residents know that in order to fully secure the boundary, defenses and security have to be multi-faceted and multi-layered.

In addition to a physical barrier, “you’ve got to put boots on the ground to make it effective, and that’s been part of the problem on what places they have a wall now,” he said. (RELATED: Trump Effect: Illegal Crossings At One Of Border’s Busiest Corridors Has Slowed To Lowest Level In 17 Years)

That said, Trump – in a bid to avoid shutting down portions of the federal government – now appears to be willing to wait for initial funding for his border wall. Yahoo News is reporting:

President Trump reportedly backed off his demand that Congress include a down payment for a wall spanning the entire U.S.-Mexico border in a crucial spending bill that must pass by Friday night to keep the government funded.

Republican lawmakers have urged the president to focus on border security in general instead of the wall, which Democrats have called a poison pill that would cause them to reject the bill and shut down the government.

In a meeting with conservative reporters on Monday, Trump said he would be willing to postpone funding for the wall until September, when Congress will begin debate on the 2018 budget. That is a reversal from last week when he appeared unwilling to forego budgeting for the wall in the spending bill that must be passed by Friday in order to keep all government operations running.

In reality, the issue appears to be far less pressing than it once was, during the Obama administration. The Department of Homeland Security reports that overall, illegal crossings are down substantially – around 65 percent, down to 17-year lows – from just a year ago, due in large part to better enforcement efforts.