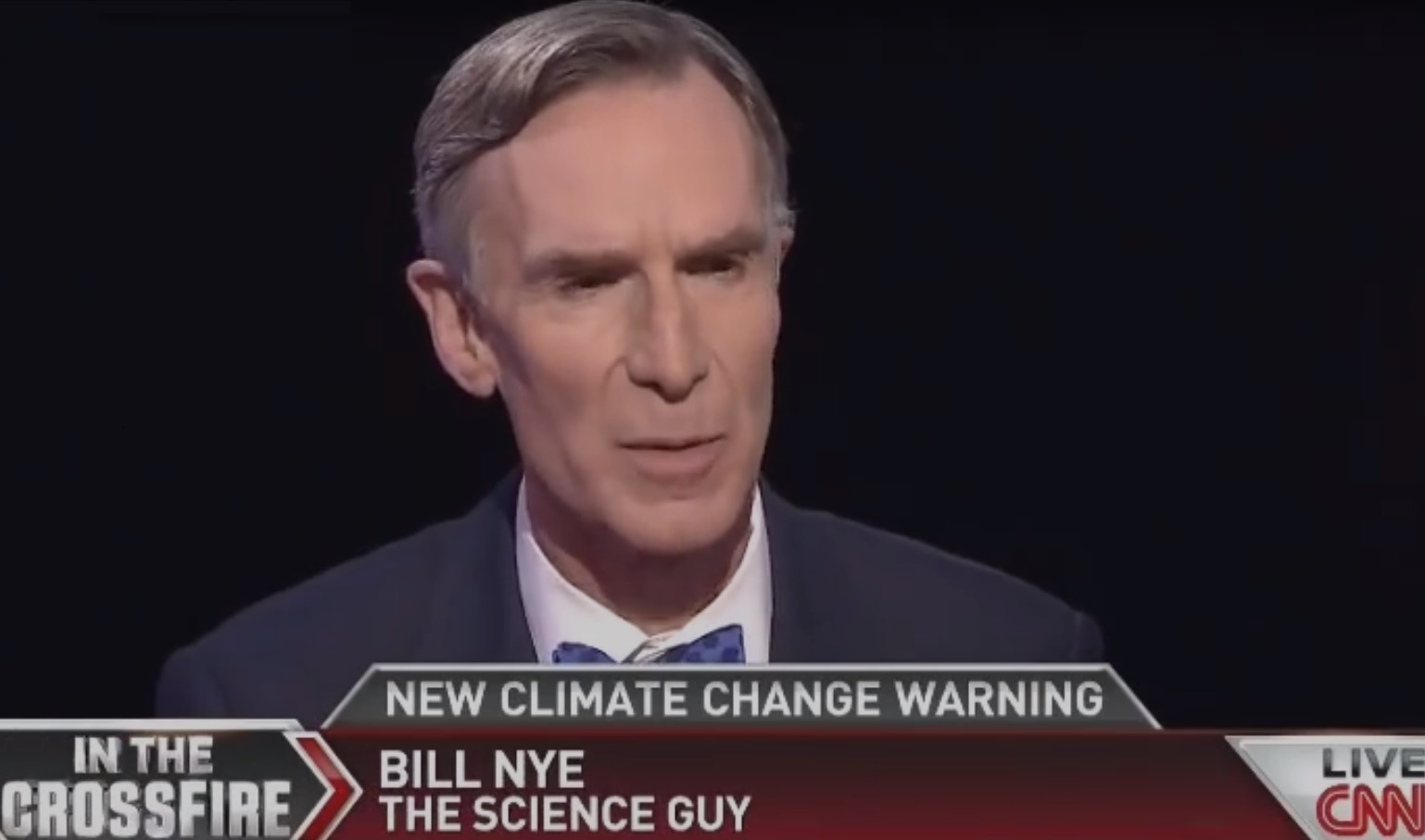 Bill Nye “The Science Guy” has run one of the most successful scams in the history of the country. People really do believe his knowledge of science is beyond reproach.

It’s not like he doesn’t come with credentials. A mechanical engineer by trade, he earned a bachelor of science from Cornell University in 1977 after graduating from the exclusive Sidwell Friends school in Washington, D.C.

But when it comes to non-politicized science – and views on politics – Nye is anything but unbiased, and frankly, scientists are supposed to be neutral. Also, he has no formal scientific training – just a kids-based “science” show he hosted in the 1990s. (RELATED: UN official actually ADMITS that ‘global warming’ is a scam designed to ‘change world’s economic model’)

Nye is a dyed-in-the-wool believer in the global warming hoax despite being proven wrong time and time again. He’s also no constitutionalist.

In recent days Nye – always pushing for Left-wing “science” causes – claimed the Constitution backed concerns by thousands of scientists and environmental activists who took to the streets in several cities during Earth Day to yell about the Trump administration’s proposed cuts to several federal agencies, including those that dole out grant money for research, as reported by The Daily Caller.

“If you suppress science, if you pretend climate change isn’t a real problem, you will fall behind other countries that do invest in science, that do invest in basic research,” Nye said during an interview with CNN during the “March for Science” protests.

The main march for science took place in Washington, D.C., of course, and Nye spoke there at a rally that was attended by thousands carrying signs that impugned so-called “climate skeptics” and warned that any cuts to the EPA and other federal agencies would doom the United States, if not the planet at large.

Then Nye said this: “And it is interesting to note, I think, that Article 1 Section 8 of the U.S. Constitution refers to the progress of science and the useful arts.

“Useful arts in the 18th century usage would be what we call engineering or city planning or architecture,” he added.

Nye, The Daily Caller reported, told Vox pretty much the same thing in 2015, but the media outlet did not hold him to account or fact-check him.

“So if you’re a politician looking to derail the progress of science, I think you’re not doing your job,” he continued.

Nye is referring to the section of nation’s founding document that lists the scope of the Legislative Branch’s power (see it here). Further, the “Science Guy” appears to be referencing a provision of Art. 1, Sect. 8 stating that one of Congress’ powers is “to promote the progress of science and useful arts, by securing for limited times to authors and inventors the exclusive right to their respective writings and discoveries…”

What that passage means and what Nye thinks it means are two different things.

The provision was established to give inventors, authors and creators copyrights and patents for their work, so that it could not be stolen and replicated (for profit) by others. It has nothing at all to do with requiring Congress to fund scientific research and development. And though government funding of R&D does occur, the level of funding varies by industry.

In addition, there is a case to be made that much government funding of “science” is nothing more than huge slush funds for politically correct “research” designed to support premeditated conclusions (like, say, regarding global warming/climate change). Time and again, as Natural News has reported, most of this research is faked anyway – again to support a preconceived conclusion that “climate change is settled science” (then why keep studying it?). (RELATED: Scott Pruitt may be just the person freedom lovers need at EPA)

I would say that Nye should stick to just plain science instead of political science, but he’s got no better record of accuracy there, either.