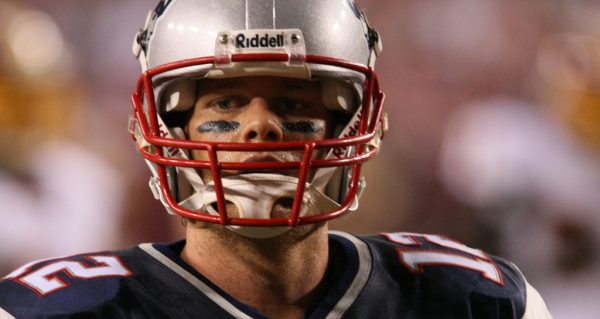 If you’ve grown accustomed to hearing nothing but Trump hate from the so-called “mainstream” media, this won’t surprise you. But it should nevertheless add to the many previous examples of why you simply should not and cannot trust the far-Left establishment media: When it comes to coverage of this president, they just can’t be honest.

For those who are not familiar with the National Football League, every year the winners of the Super Bowl get invited to the White House as a sort of perk for being league champions.

Mind you, teams do not make it a requirement to attend the event, and it is here where awful, dishonest media outlets like CNN, The New York Times and others saw an anti-Trump angle to exploit. (RELATED: USA Today Instantly Loses Nearly 5 Million Likes After Facebook Shuts Down Massive Network Of Fake Users)

During that stint, the team’s head coach has been Bill Belichick, and its quarterback has been Tom Brady – both of whom were reported to be supporters of President Trump during last year’s campaign season.

Are you beginning to figure this out?

As noted by documentarian Mark Dice in the video below, the “fake stream” media completely fabricated a narrative about why Brady – a known Trump supporter – did not accompany his team (along with others) to meet with Trump at the White House:

The narrative is that far more team members showed up at the White House in 2015 to see Obama than showed up to see Trump a few days ago.

“Hardly any players showed up, ‘cause they just hate President Trump,” Dice said mockingly, in reference to the media’s fake narrative.

To “prove” it’s narrative, the Times published two photos of the presidential visits, with the one during the Obama visit showing more team members at the White House than the one with Trump. CNN published the same two photos and covered the story in exactly the same way: ‘Wow, look how many MORE Patriots players showed up to see Obama than Trump!’

In looking at the photos, it certainly appears as though more players showed up to see Obama.

The New England Patriots, in a tweet, corrected the record:

In fact, a closer examination of the two photos that the Times and CNN published show that there are dozens of people seated on the South Lawn in front of President Trump as he speaks.

“This is what the world’s come to now,” says Dice. “It takes a football team – the New England Patriots – to debunk fake news coming from the major liberal media outlets like The New York Times and CNN.” (RELATED: “Facts” Now Obliterated By Google With Insanely Biased “Fact Checking” Run By Liberal Smear Sites Salon And Buzzfeed)

For the record, there were some team members who did not make the trip to the White House, and again, one of them was Brady – which the Times made sure to mention as well.

If you read the story, however, you discover why several players did not go:

[Patriots spokesman Stacey] James said that one reason substantially fewer players showed up this time as compared to 2015 was that some veteran players did not see the need to go twice in three years.

James said, however, that the size of the Patriots’ full delegation for each trip to the White House has been roughly the same.

Brady did not go, citing family matters. And clearly, some players did not attend because they’re not fans of Trump. But some players on past winning teams also skipped the White House visit with Obama because they weren’t fans, one of them being Brady.

But you wouldn’t know that if you just read or listened to the fake news ‘establishment’ media.

Here’s something else the lamestream media won’t tell you. Robert Kraft, head of the Kraft food empire, owns the Patriots. He is a lifelong Democrat and was a major supporter of Obama. He calls Trump a friend and even donated to Trump’s inauguration. He notes that Trump was “one of five or six people” who checked on him regularly after his wife died of cancer in 2011.

“When Myra died, Melania and Donald came up to the funeral in our synagogue, then they came for memorial week to visit with me,” Mr. Kraft said. “Then he called me once a week for the whole year, the most depressing year of my life when I was down and out.

“He called me every week to see how I was doing, invited me to things, tried to lift my spirits,” he added. “He was one of five or six people that were like that. I remember that.”