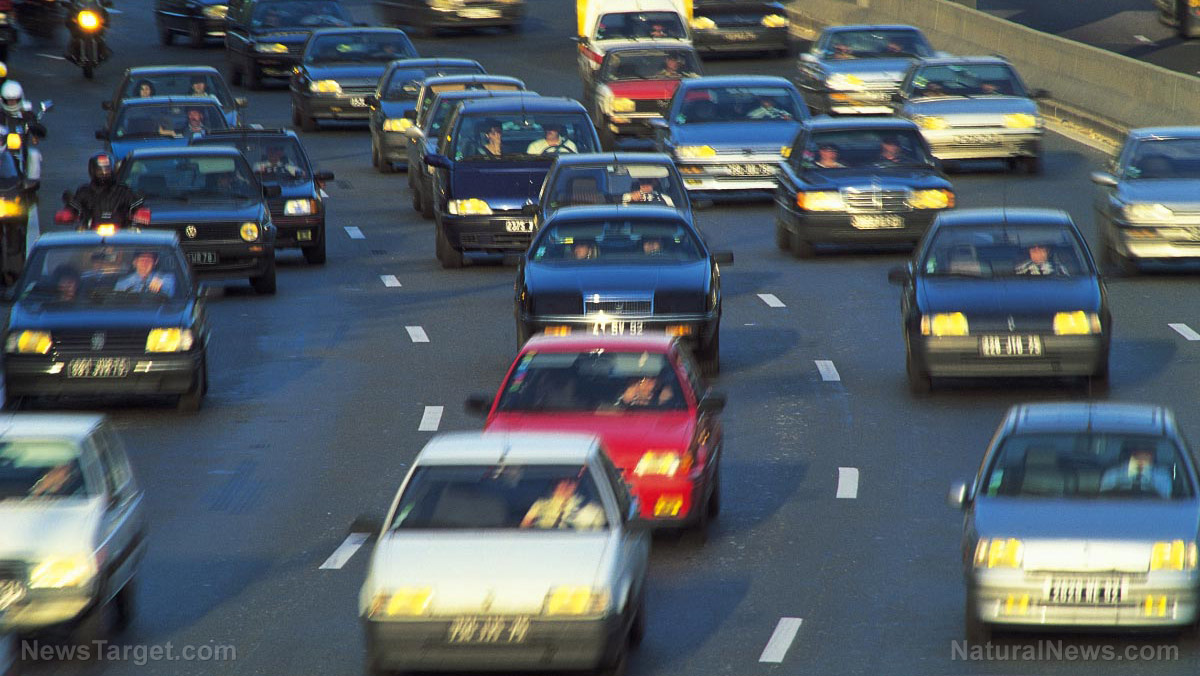 Thanks to an English translation provided by the London bureau of Breitbart, we can access the arguments of well-known Swedish columnist Eva Franchell, who recently penned an editorial in Sweden’s Aftonbladet newspaper, where she calls for an outright ban on motor vehicles from Stockholm and other Swedish cities as a means to thwart and prevent jihadist acts of terror. Her column was in response to Sweden’s recent terrorist attack, when an ISIS inspired driver stole a beer truck and then rammed “into the upscale Ahlens department store” in Stockholm’s busy city center, killing four pedestrians and injuring fifteen more, as reported by News.com.au.

According to Franchell, these vehicles are “effective murder machines,” and “if people are to be protected in the future,” they must be removed from “places where people gather.” The alternative, she opines, is to increase public transportation. But what about business deliveries? No worries! It matters not if you need organic coffee supplies or anything at all for grocery stores, department stores, computer and electronic boutiques, restaurants, hotels or any business enterprise, says Franchell. Business deliveries simply need to be scheduled “at times when people aren’t in the streets.”

Franchell believes that this vehicle ban is also valuable for environmental reasons, since it is her view that “cars have dominated our cities for decades,” and it’s time for them to move over and give that space to people. And she is aghast that big trucks currently have the freedom to “drive right into one of Stockholm’s busiest streets on a Friday afternoon right before Easter.” This particular comment led to a interesting quip from Tyler Durden, the insightful Fight Club inspired columnist, from  Zerohedge.com:

“Yup, not reasonable at all that a motorist would be permitted to utilize a road…outrageous when you really think about it.”

In Franchell’s world, just remove the cars, and the onslaught of terrorist attacks in Sweden will end. Of course, there are no jihadist’s lurking on public transportation, nor would they dare think about commandeering an after hours grocery store delivery truck, or weaponizing a delivery drone. Her logic sounds akin to arguments about taking away guns to reduce crime. But the truck, the car, the gun do not commit the crime. People do.

Perhaps Ms. Franchell should do a little historical research on what has happened to her native Sweden since the wave of multiculturalism came crashing upon their borders and large populations of Sharia obedient Muslims began multiplying on their lands. As reported by The New American, it was 1975 when the “Swedish government decided to adopt an immigration regime” that began the transformation of their county.

Now, there are “no-go-zones” where Swedish law is not applicable, and Sharia is the rule. When entering violent Muslim areas, paramedics have asked for body armor. Ethnic Swedes, along with policemen, mailmen and taxi drivers, have been violently attacked in these “no-go-zones.” Another terrifying aspect of the sea change in Sweden’s population is what Swedish policemen told Ami Horowitz, a documentary filmmaker, who himself was ruthlessly attacked in Husby, Sweden by Muslim extremists as reported by Breitbart. There are certain no-go-zones in Sweden that are so dangerous for the policemen to enter that they “will simply stop pursuit.” But if they have to go in to certain no-go-zones that exist today in Sweden, here’s how they describe it:

“And if we want to enter this area, we have to go in with an armed convoy, as if you’re going into like the kill zone in Afghanistan.”

Simply removing the cars and trucks, Ms. Franchell, is not going to stop the terror.