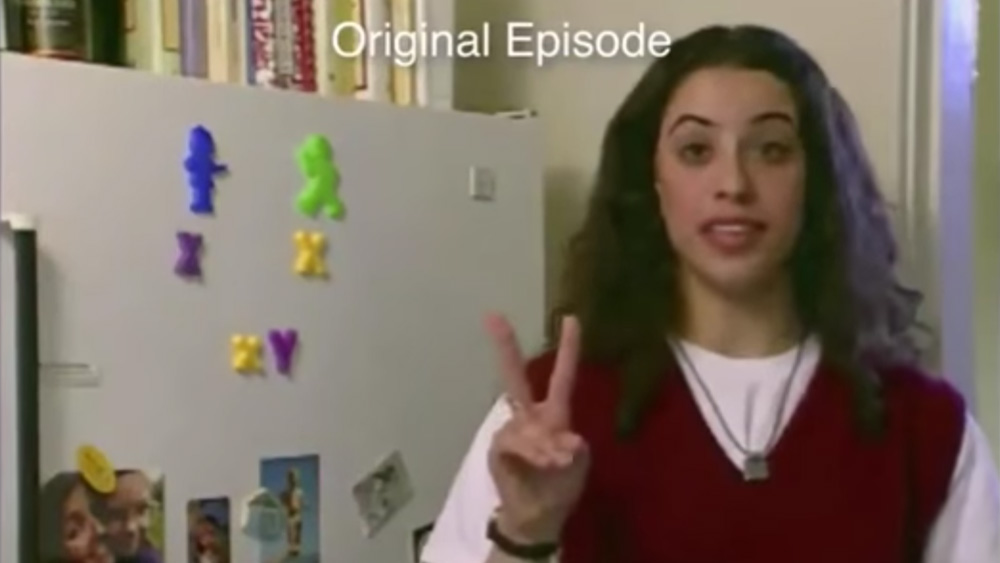 People laughed when I predicted in this Bill Nye story about how he thinks transgenderism is “evolution” that California would begin purging genetics education from its textbooks to appease the lunatic Left. Not even two weeks after my prediction, Netflix has already begun its Orwellian purge of science education from older videos, “stealth editing” genetics and sex expression information out of them in order to conform to the “gender fluid” lunatics of the insane, delusional Left.

Yes, the left-wing “book burnings” have begun, and the Left is now targeting genetic science as its first priority of destruction.

To accomplish this Orwellian goal of “knowledge totalitarianism,” Netflix has quietly removed 76 seconds of video from Bill Nye’s original 1996 television series on probability which explained how the sex of a child is determined at conception by genetics and probability.

The original Bill Nye segment has even been blocked from Youtube due to a copyright claim from Disney, another insane, delusional, left-wing gender-fluid cabal of science morons who are now inserting full-on gay love scenes into children’s animations. (Beauty and the BREAST, anyone?) Click here for the Youtube video that Disney has pulled in order to cover up Netflix’s stealth edit that removed the discussion of genetics education from Bill Nye’s TV series.

As The Federalist explains:

Last week The Federalist reported on an illuminating segment from a mid-1990s episode of “Bill Nye the Science Guy” that clashes directly with modern transgender ideology. It appears that someone cut this segment from a re-release of the episode.

… In the clip reported on by The Federalist, pulled from the January 19, 1996 episode of the series, a young woman explains that “inside each of our cells are these things called chromosomes, and they control whether we become a boy or a girl.”

… This clashes directly with Nye’s current feelings on sex: in a recent episode of his new Netflix series, “Bill Nye Saves the World,” Nye claims that the “male and female” binary is “more like a kaleidoscope.” Instead of the simple XX and XY combinations, Nye asserts that “we see more combinations than that in real life.”

“What makes someone male or female,” Nye says, “isn’t so clear-cut.”

Nye’s evolution on the subject of biological sex is roughly in line with that of standard progressive gender ideology, which is hardly surprising—Nye has become something of a progressive spokesman. What is shocking, however, is that Nye or someone else appears to have gone back and censored the episode of “Bill Nye the Science Guy” that featured the original chromosome segment.

On Netflix’s collection of episodes of “Bill Nye,” the 23rd episode, entitled “Probability,” is identical to that which originally aired in 1996—except that the segment on sex and chromosomes has been excised completely. The episode offers no explanation whatsoever. The show simply moves from the segment immediately prior the deleted clip to the segment immediately following it.

Netflix is, of course, all-in with the lunatic Left and its “progressive” agenda that clearly contradicts the laws of science and genetics. Now, Netflix (and all libtards who run Hollywood and media companies) have decided to run a kind of “Cultural Revolution” that will actively destroy all academic knowledge which contradicts the lunatic anti-science narratives of the delusional Left. Junk science has now become the official banner of left-wing lunacy, which is exactly why their recent “March for Science” abandoned the use of the term “female” to invite women to join the march — organizers were berated by the LGBT community for daring to insist that “female” could even be a scientific term. (Yeah, it’s insane, I know. Mental illness has now run amok…)

Here’s a video of the 76 seconds that Netflix has now cut from the 1996 Bill Nye series in a blatantly Orwellian “revisionist history” effort to rewrite science in order to appease left-wing gender-fluid morons who despise real science: (see more coverage at CensoredScience.com)

Here’s the transcript of the 76 seconds, courtesy of Newsbusters.org:

ACTRESS: I’m a girl. Could have just as easily been a boy, though, because the probability of becoming a girl is always 1-in-2.

See, inside each of our cells are these things called chromosomes. And they control whether we become a boy or girl.

Your mom has two X chromosomes in all of her cells, and your dad has one X and one Y chromosome in each of his cells.

See, there are only two possibilities: XX, a girl, or XY, a boy.

(After flipped coin lands on X) Some people are just lucky, I guess.

Bill Nye and Netflix have become “f#cking idiots” of science, and the entire world is mocking them

The hilarity of the left-wing lunacy interwoven through all this — yes, the lunatic Left is now literally trying to edit science education out of the history of science TV shows — is best described by a writer known as “The_Real_Fly” at iBankCoin.com, who explains:

I am going to demonstrate something to you. Pay attention spectrum loving democrats.

This is Bill Nye in 1984, before he became a f#cking idiot. Notice how the young lady possessed decorum and displayed grace whilst trying to teach America’s youth about science and gender. The lesson was simple: XX equals girl, XY equals boy.

NOTE: In the stuff aired on Netflix now, they’ve edited out the lesson on gender — because it was normal and lacking degeneracy, filth and lies.

And here’s Bill today, promoting this young lady, who talks about her ‘sex junk’ and ‘butt stuff’ — telling kids ‘even you might like it if you sit up on it.’

This, my friends, clarifies the degeneracy that has infected society over the past 30 years. The dignity of man has been discarded for hedonistic idiocy. We need a hard reset.

Cheers, to the apocalypse.

According to the lunatic Left, the science of genetics is no longer politically acceptable to the gender fluidity delusion of idiotic progressives. Thus, since the real world of actual science no longer matches their delusions, they are fixated on the idea of censoring all science education that conflicts with their “full retard” delusions. It won’t be long before liberal-run book stores start banning science books from their shelves because they might accidentally teach children that biological gender is determined by genetics, not by a feeling that washes over you from time to time. (Related: Read Rational.news for more analysis of the lunatic anti-science of the Left.)

At this point, I seriously wouldn’t be surprised if UC Berkeley hosted a science book burning event where all genetics textbooks are violently ripped out of the university library and torched on the sidewalks while “Antifa” terrorists — also known as UC Berkeley staff — burn the American flag and bomb university buildings into rubble. This is what the Left has truly become today: A rambling lunatic fringe of violent retards who despise real facts, real science, real history and real America. They have quite literally become utterly incapable of participating in anything resembling a civil society rooted in reason and law. We’re almost to the point where we need to build a wall around California’s major cities and just label them “Insane Asylums.”

I accurately predicted the Netflix science purge in this Natural News article, which warned about the removal of genetics education from school textbooks in order to appease the delusional, dumb-as-dirt Leftists who now almost universally believe that “facts” are determined by popular consensus rather than scientific evidence:

Keep in mind this was all bankrolled by Netflix, which is now fully invested in the production and dissemination of utterly delusional Left-wing narratives rooted in “Flat Earth” science rather than genetic reality. Remember, to believe in transgenderism — actually a form of psychosis — you have to believe in “magical thinking.”

Thanks to science clowns like Bill Nye, it won’t be long now before left-wing science lunatics start calling for the removal of all genetics education from school textbooks because the science of genetics contradicts the lunacy of the transgenderism delusion. Perhaps Bill Nye will grow a vagina on live television to demonstrate his theory of “spontaneous genetic transmutation” which he implies allows a biological man to transform into a woman by waving a magic wand.

What’s really great about all this, by the way, is how Bill Nye and Netflix are now demonstrating just how incredibly idiotic all the so-called “science” of the lunatic Left has become… and this includes the climate change hoax, too.

The delusional Left, you see, isn’t content to merely label all dissenting views as “hate” while censoring all speech they don’t already agree with; they now want to literally purge the cultural history of this nation to remove any science education that doesn’t fit the lunatic narratives of the current left-wing status quo (which is, frankly, rooted in runaway mental illness and psychopathy).

Winston would be proud, of course. That was his job at the Ministry of Truth in the 1984 novel: To rewrite history to match the delusions of the current regime in power, and thereby “memory hole” any “facts” that contradicted the current status quo narratives. Netflix is apparently using 1984 as a blueprint for its own Orwellian science purge, memory-holing any talk of sex expression being determined by genetics and probability.

Now, Netflix and Bill Nye have completed their transformation into vulgar, vagina-pumping anti-science sh#theads whose job is now to defecate on all real science they don’t want you to know while promoting videos that feature libtard morons crooning about moist vaginas and how transgenderism is “evolution.” Don’t click PLAY on the video below unless you want this disturbing record of left-wing “science” lunacy burned into your consciousness, because you can’t un-watch something this horrifying and twisted: