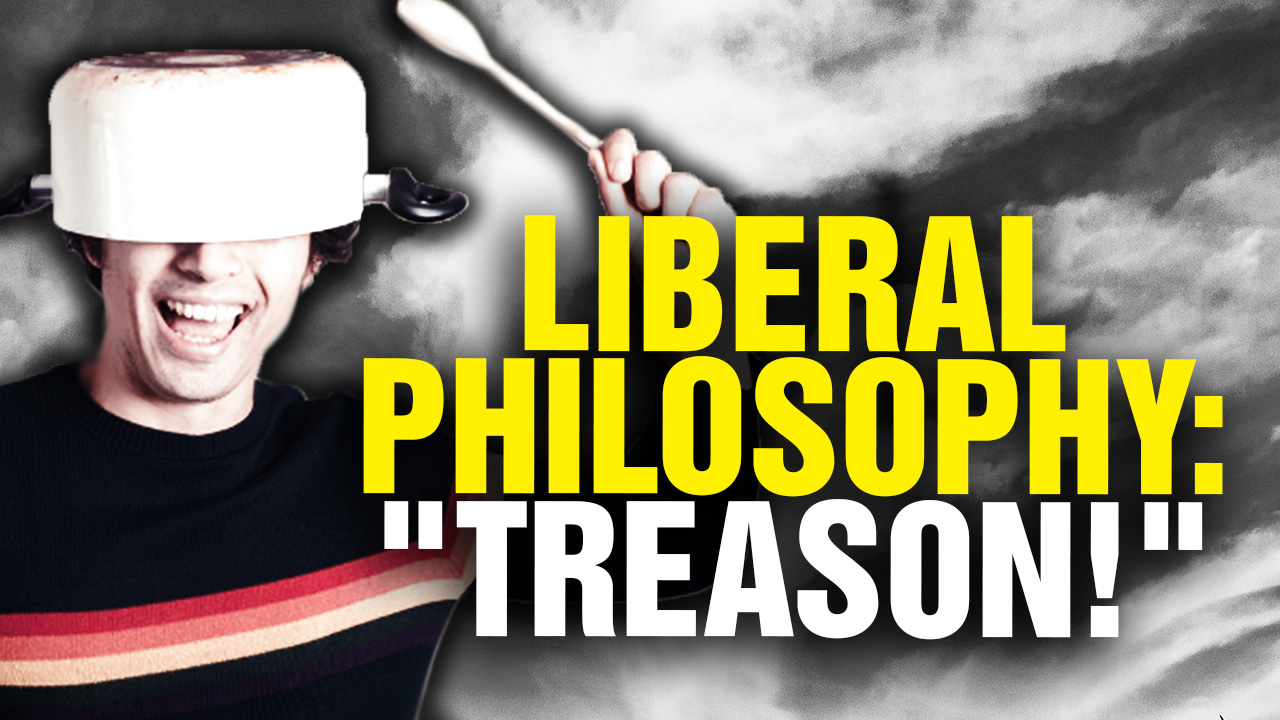 Leftists hate democracy and demand totalitarianism. According to the Health Ranger, liberal ideology does not accept any institution of government or law that they do not control. When the Democrats won the White House, they demanded the President must have executive power to overrule the Congress. However, when they lost their position, they said the executive branch should not have all the power, but instead, the judicial branch must have absolute control. They even refuse to accept the results of the election, which is totally ridiculous. Liberal fanatics hold extreme double standards. It’s a dangerous notion. In a YouTube video, Mike Adams asserts that Democrats have become an actual threat to freedom and operate under a philosophy of treason.

When things do not go their way, liberals reject all facts. They claim election results are rigged and constantly argue against anyone who suggests otherwise. It doesn’t matter if it’s a presidential election, senate election or congress election. As long as they win, there’s no problem; but it’s absurd that they cannot face the truth when they lose.

Remember when they won the Senate? The Senate had all the power including having the nuclear option. But now that they lost it, they claim the nuclear option is a threat so the Senate should not have total authority. During the Obama administration, the Democrats were against states’ rights. They gave full control to President Obama to overrule states’ rights. They even branded people who invoked states’ rights as “racist,” “segregationist” or “secessionist.” But now that Trump is president, liberals want states’ rights. They ignore President Trump’s policies and they want the states to rule on their own. They didn’t approve of that when they were in control of the White House. So clearly, you can see the contradiction.

The Health Ranger believes the leftists only care about their personal agendas and never about the United States democracy. The point to be taken here is that liberals do not believe in any other systems of government other than their own or those who serve their interests at the moment. “They have no political philosophy,” says the Health Ranger. “It doesn’t mean that the people who advocate liberalism are mentally ill. It’s just that they are intellectually dishonest most of the time. They don’t believe in playing by the rules unless the rules favor them.”

With that, they want to change every rule that does not favor them. This vicious cycle goes on and on. Democrats don’t believe in elections, which also means they don’t believe in democracy. They are living in a dream where they still have control of everything. But the truth is that Trump is now president. They cannot do anything about it, which is why they have unleashed horrendous plots and scandals to disdain Trump. The Democrats believe that they have totalitarian control all the time. Everyone must submit to them and those who cease to surrender to their political agendas are called bigots, racists, homophobes, and sexists.

Liberalism has become a danger to democracy. It demands totalitarianism and serves as a philosophy of treason. The Health Ranger believes that the Democrats believe they are above the law. They are under the impression that they can “weaponize” every agency against their political adversaries. Liberalism is embedded into an authoritarian mentality that advocates crime and corruption. It has to be defeated so the rule of law can be peacefully restored.

Mike Adams was awarded patent US9526751 B2 for his exceptional invention called Cesium Eliminator. This eliminates the radioactive cesium-137 from the body after a nuclear fallout. Also known as the Health Ranger, Adams is a person of color whose ancestors include American Indians and Africans. He also serves as the lab science director of an analytical lab known as CWC Labs. He conducted tests on over 600 products, which are now available at the Health Ranger Store. He is the author of the first book in the world that published the analysis results of ICP-MS heavy metals for foods, spices and dietary supplements. This book is an Amazon bestseller called Food Forensics.