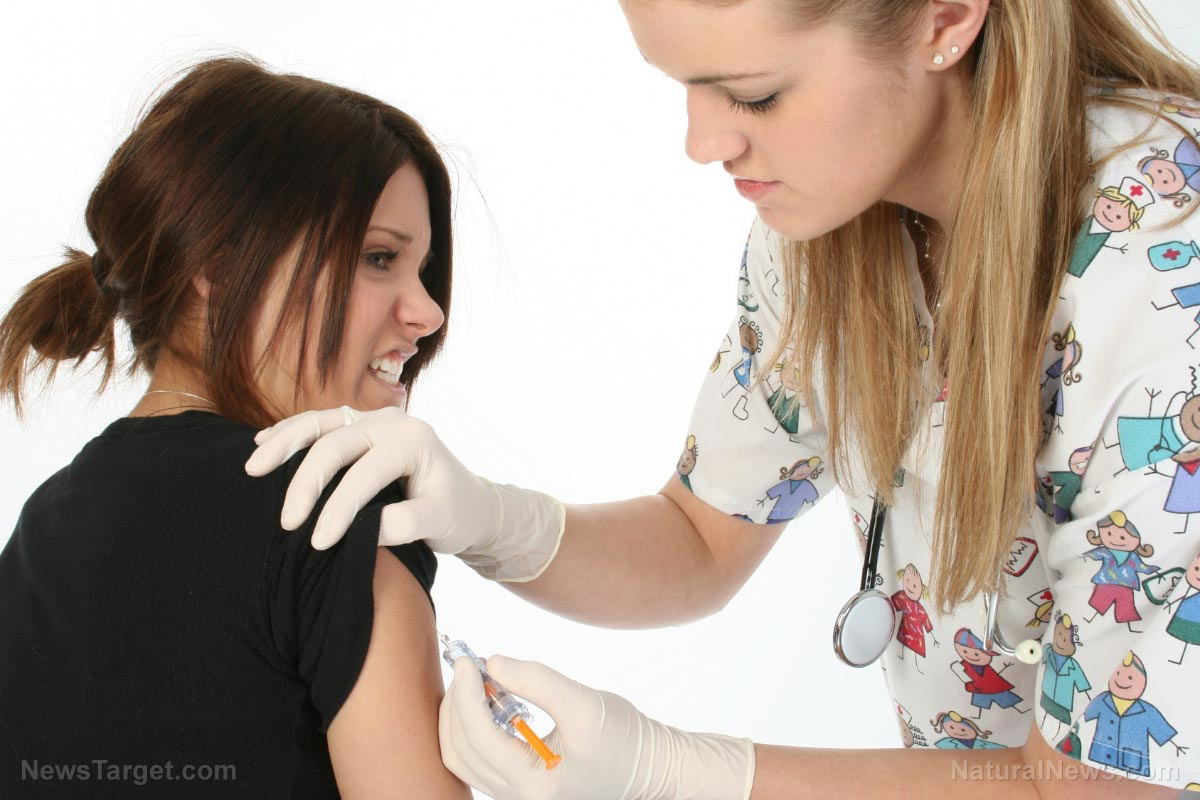 Did you know the smallpox vaccine (Acam 2000) contains infected African Green Monkey kidney cells? Why would you inject them into your body, and how could that possibly help you fight off disease, when it can easily cause disease?

Did you know the RotaTeq vaccine contains a deadly disease strain that is responsible for a massive die-off of wild pigs in China? Why would anyone ever agree to have this injected into their muscle tissue to supposedly “help” prevent some other disease? It’s simply insane. It must mean that nobody is reading the vaccine insert sheet and questioning the ingredients in this vaccine made to “fight” off the rotavirus.

Did you know that the HPV Gardasil contains recombinant DNA – that means genetically modified viruses and bacteria that could harm your pre-teen or teenager? The toxic, useless jab also contains polysorbate 80, which is synthetic. Do you really want to inject this into your body? You better read the whole list of ingredients from the vaccine insert sheet now.

Guess how much deadly mercury is in the average flu shot? The CDC lied when they said they took mercury out of all childhood vaccines, because there’s still mercury in the influenza vaccines in the form of thimerosal, and those are still recommended by the CDC for children, infants and pregnant women… so, you were saying?

In fact, thimerosal (50% mercury) given during pregnancy shows the highest relative risk of malformations when compared to other non-mercurial antimicrobials. Many countries restrict the use of thimerosal-containing vaccines, or “TCVs,” to children older than six months, but in the USA, mercury still remains in the majority of influenza vaccines that the CDC, doctors, nurses, pharmacists, hospitals, corporations and public school systems alike push on the unknowing public like candy. This deadly concoction is dispensed by just about anyone, without even owning a medical license or bothering to read the vaccine insert, that warns you outright NOT to get more than one flu shot in a lifetime.

No safe levels have ever been determined for mercury in vaccines

Despite three-fourths of a century of use in Western medicine, safety levels for mercury, aluminum, and formaldehyde (embalming fluid) have NEVER been determined with any scientific evidence-based research, for animals or humans, much less babies or pregnant women, though the allopathic community screams that is what they’re all about. Veterinary medicine is just as corrupt as allopathy, if not worse.

Neurobehavioral, immunological, and inflammatory reactions to thimerosal and aluminum-based adjuvants are not exceptions or rare incidents, but rather very common. The general public is mostly unaware that billions of dollars have been paid out via the vaccine injury fund to victims of vaccine violence. This is never broadcast on the news, in newspapers or medical journals for fear the vaccine and pharma industries would exact vengeance.

These effects are easily detected in low-income countries where co-exposure to methylmercury and other neurotoxicants combined with malnourishment show a solid link.

For more information on deadly vaccines and how many billions of dollars the US government pays out to vaccine-damaged little children and babies, check Vaccines.news daily for real news about real people affected by “fake” medicine. It’s time to go holistic and natural for good.