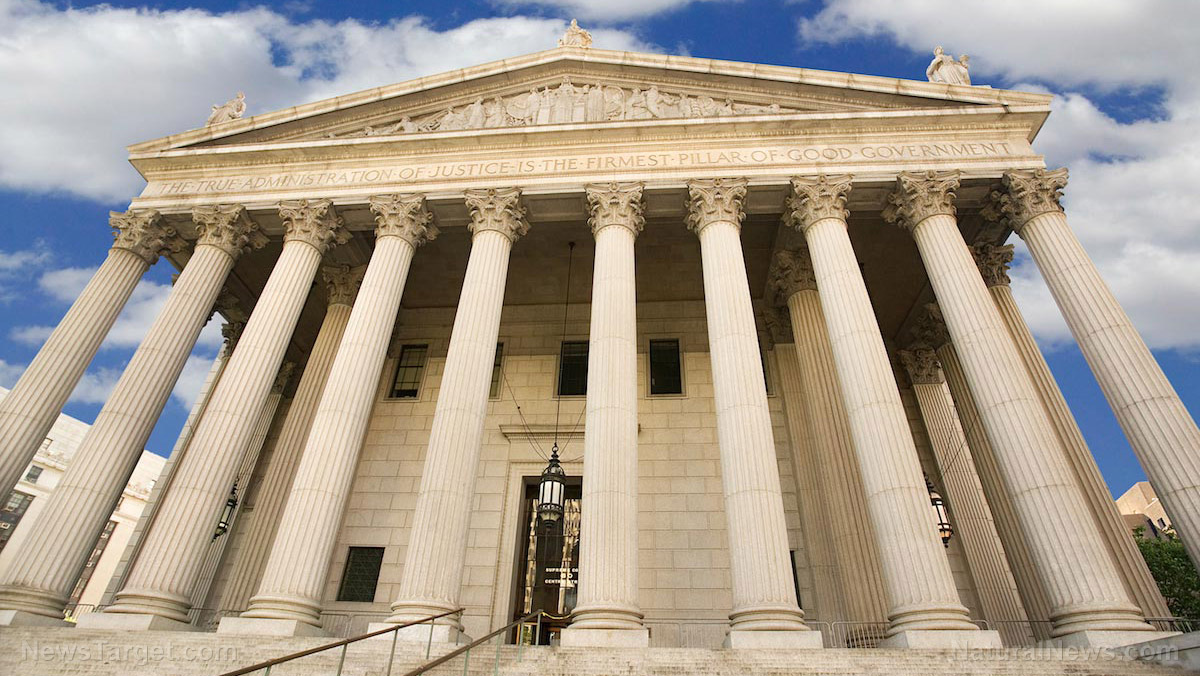 Left-wing Democrats and their supporters among the electorate and the media have had reason to cheer throughout President Donald J. Trump’s first 100 days in office, winning a series of legal battles against a chief executive they see as illegitimate and unstable, though if this continues, it will mean the end of legitimacy for the Judicial Branch.

The most notable of these legal victories thus far have involved Trump’s effort to impose a 90-day moratorium on people coming into the U.S. from seven terrorist-sponsoring or terrorist-infested countries. Federal judges have blocked both of Trump’s executive orders calling for the 90-day moratorium, despite the fact that the countries involved were previously singled out by the Obama administration and the law is crystal clear that presidents have solid authority to make such determinations.

It doesn’t get any less ambiguous than that. And yet, two federal judges and a federal appeals court – all from the very liberal 9th U.S. Circuit – have blocked both of Trump’s orders for reasons that have nothing to do with the law as it is written. In both cases, the judges used statements Trump made on the campaign trail regarding Muslims to rule that he was unfairly discriminating against them on religious grounds, simply because the countries mentioned in his travel bans were majority Muslim countries. (RELATED: Trump Administration To Sanctuary Cities: Comply With Immigration Laws Or Lose Grant Funds)

Of course, Trump wasn’t “targeting Muslims” – if he was, a) he would still have the authority to do so under the 1952 law; and b) he would have banned all Muslims, which he clearly did not.

The next test of Trump’s executive authority will come in the form of a challenge to an executive order Trump issued Thursday regarding religious freedoms. The National Sentinel reported that the order, which makes it less difficult for churches to engage in the political process while protecting faith-based organizations from paying for abortions under Obamacare, will be challenged as somehow unconstitutional by the American Civil Liberties Union.

Claiming the order somehow violates the nation’s “longstanding commitment to the separation of church and state” makes no sense, since “the state” isn’t granting churches anything the Constitution doesn’t already do under the First Amendment. But the ACLU will no doubt court-shop this case and present it before another Left-wing activist judge in order to get its way.

These rulings are creating a body of “fake law,” and, as The Weekly Standard notes, the long-term casualty will be our constitutional system:

Something ugly is happening to the First Amendment. It is being contorted to enable judges to protest Donald Trump’s presidency. The perennial impulse of judges to manipulate the law to achieve morally and politically desirable ends has only been exacerbated by the felt necessity to “resist” Trump. The result: Legal tests concerning the freedoms of speech and religion that in some cases were already highly dubious are being further deformed and twisted.

The Left has always viewed the Constitution as a malleable document that ought to change with the times, so to speak, not as a clear, concise and unwavering blueprint for small “r” republican government that divides power among three branches on the federal level, among states and the people. And in fact, the document has been altered since it was first ratified, initially containing only 10 amendments but now having been expanded to 27.

And now, in the Age of Trump and the “Resist” movement, far too many activist federal judges feel compelled to rein in the activities of a president they detest, even for actions that are clearly within the purview and authority of the Executive Branch. (RELATED: Once Again, The Cowardly GOP Leadership Sabotages Trump And His Agenda By Kowtowing To Democrats)

Hopefully, the U.S. Supreme Court will serve as a bulwark against this unethical judicial gerrymandering, because despite the fact that Congress wields the authority to hold these judges accountable via impeachment, no one on Capitol Hill seems to be interested in doing so. Perhaps if the #NeverTrump hatred wasn’t so pervasive there as well, that would change.

Americans are in real danger of seeing our constitutional order completely break down, which, were it to happen, would serve no one well. While one side or the other would declare “victory” in the short term, over the long haul erasing the constitutional delineation of power between the branches, which too many on the judiciary seem hell-bent on doing, will result in rampant lawlessness and chaos of the kind no democracy can survive.