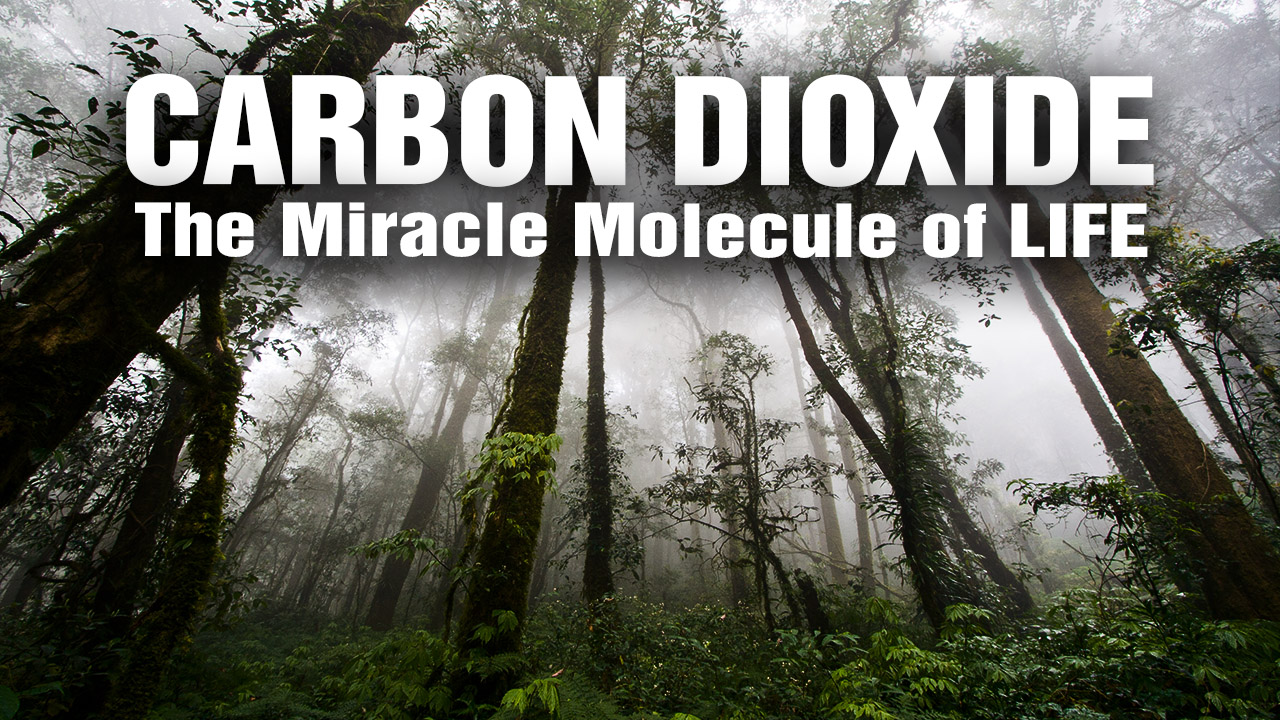 The “War on Carbon” is rooted in the most outrageously dangerous, dishonest and degenerate anti-science bunk that’s ever been shoveled into the minds of the masses. Far from being a “pollutant,” carbon dioxide is the “Miracle Molecule of Life” for re-greening the planet through reforestation. This essential molecule supports the entire web of life on our planet, and without it, all plants, animals and humans would die.

Yet, despise this undeniable scientific fact, nearly all climate change activists and “environmentalists” have been brainwashed into believing that carbon dioxide is an evil gas that will destroy the planet. They have been brainwashed into believing exactly the opposite of what is true. That’s the power of the dishonest media, corrupted science and government-run science myths and depopulation narratives that function as not just a war on facts, but even a war on logic and reason.

Quite literally, environmentalists across the world now think the very molecule that all plant life depends on is evil and destructive. They want to eliminate it from the planet. Yet if they succeed, they will murder us all, and there won’t be a single human left alive on the entire planet. Is that what they want?

Climate change cultists are working to destroy all plant, animal and human life on the entire planet

If the CO2 slanderers get their way, they will drive CO2 toward zero and end up killing all plant life and human life on the planet, which seems to be part of the actual hidden goal of the globalists who openly talk about depopulation of the planet. (Yes, they hate humanity that much.) These dangerous climate change cultists threaten all life on the planet, yet they ridiculously claim to be protecting life while complaining that there are “billions too many” humans living today.

Scientifically stated, climate change alarmists are “photosynthesis deniers” who deny the role of CO2 in supporting virtually all known plant life on the planet. Without CO2, nearly all plants die in less than 24 hours. All forests would be dead. All food crops dead. All wetlands dead. A “mass extinction event,” courtesy of the idiotic mind of Al Gore.

Sadly, these people are scientifically illiterate on the subject of CO2, and this includes Bill Nye, Neil DeGrasse Tyson, Barack Obama, Al Gore and all the rest of the climate change alarmists who have no scientific background whatsoever in climatology or atmospheric chemistry. Far from being science proponents, they are actually science clowns whose alarmist predictions of apocalypse and mass death actually describe what would happen if they eliminate CO2 from the atmosphere. If anything, our planet needs more carbon dioxide, not less, to support rainforests, food products and the re-greening of deserts and semi-arid regions. (See the full video below for details.)

For my own credentials as a scientist, I’m known as the Health Ranger, author of the #1 bestselling Amazon.com science book Food Forensics, as well as the founder and lab science director of CWC Labs, an internationally accredited (ISO-17025) analytical science lab that’s steeped in both organic and inorganic chemistry. I’m the founder of the Natural Science Journal which has published scientific results for hundreds of water samples collected from across the USA, identifying heavy metals pollution (lead, copper, etc.), and I’m the recipient of two U.S. patents on science innovations, including this invention of “Cesium Eliminator” which removes radionuclides from the body following a nuclear accident. More importantly, unlike Bill Nye and Neil DeGrasse Tyson, I’m not a sellout prostitute to the twisted science narratives of the delusional status quo. As an independent thinker, I’m a real scientist, unlike the climate change cultists who are little more than obedient conformists (which, by definition, is anti-science behavior).

Watch this new video on carbon dioxide to educate yourself about the reality of why CO2 is the “green” molecule for our planet. See more videos and podcasts on REAL science at Health Ranger Science.