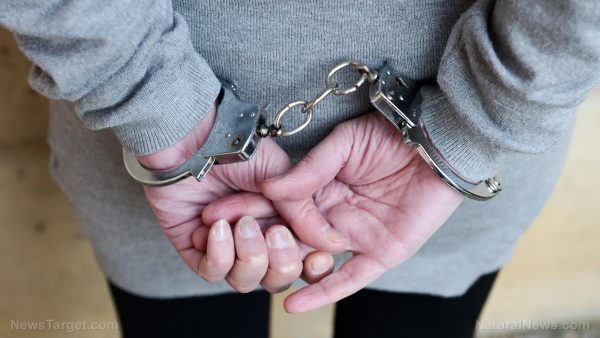 A Kansas grandmother who has been fighting colorectal cancer for the past five years, has been arrested for driving under the influence (DUI), not because she had been drinking alcohol, but because she chose to drive after taking Marinol, a drug prescribed by her oncologist to help fight nausea and to try to restore her appetite during chemotherapy treatments. As a result, Angela Kastner was sitting in a jail in Sedgwick County when she should have been receiving treatment.

While Natural News does not endorse chemotherapy as a safe and effective treatment for cancer, the fact that Ms. Kastner was forced to miss a course of this treatment after she had voluntarily chosen it as her best chance against a terminal illness simply because she took a legally prescribed medication, is nonetheless unacceptable.[RELATED: Could marijuana be a cure for cancer?]

Marinol, which is a brand name of the pharmaceutical drug Dronabinol, is used to prevent or treat nausea resulting from cancer treatments like chemotherapy, and to increase the appetites of people with AIDS. The Kansas patrolmen who arrested Ms. Kastner mistakenly believed that she was under the influence of marijuana, since the drug contains tetrahydrocannabinol (THC), the plant’s well-known psychoactive component. Policemen are indoctrinated by the federal government into believing that marijuana is a dangerous gateway drug, and are trained to believe that having THC in your bloodstream when you are driving means that you are impaired.

Their assumption, in this case, was incorrect for several reasons: First of all, Marinol is not the raw marijuana plant; it is a legal, synthetic version of THC which has been approved by the FDA – though one wonders why a Big Pharma-developed chemical version of the drug should be legal, when the natural plant is relegated to Schedule I drug status, along with dangerous substances like LSD, ecstasy and heroin.

Secondly, the amount of THC in Marinol is not sufficient to cause impaired driving. In fact, the U.S. National Library of Medicine, the world’s largest medical library, says with regard to Dronabinol, “This medicine can give you a false sense of well-being (make you feel ‘high’) or make you confused, dizzy, or drowsy. Do not drive or do anything else that could be dangerous until you know how this medicine affects you.” [Emphasis added] So, while it is perfectly legal to drive after taking Dronabinol, it is advisable when you first start taking the medication to determine its effects on you personally before determining whether it is safe to drive.

Now, in the case of Ms. Kastner, she had been taking the medication for five years, and had never felt dizzy or caused an accident while under its influence. Her pharmacist also confirmed to ABC-affiliate KAKE that the amount of THC in her bloodstream was insufficient to make anyone high. It is, therefore, safe to say that she was not impaired by it on the day of her arrest.

Ms. Kastner has spoken out publicly about her ordeal because she wants to try to help other cancer patients to avoid going through the same thing.

“I feel sorry for the next cancer patient who has to go through anything I have had to go through,” she said. “They shouldn’t have to do this at the end of their life.”

Ms. Kastner’s oncologist has confirmed that if she does not respond to this last round of chemotherapy she will require hospice care. In other words, she is literally fighting for her life. Nobody should have to undergo this level of additional stress and trauma when they need all their strength just to try to stay alive.