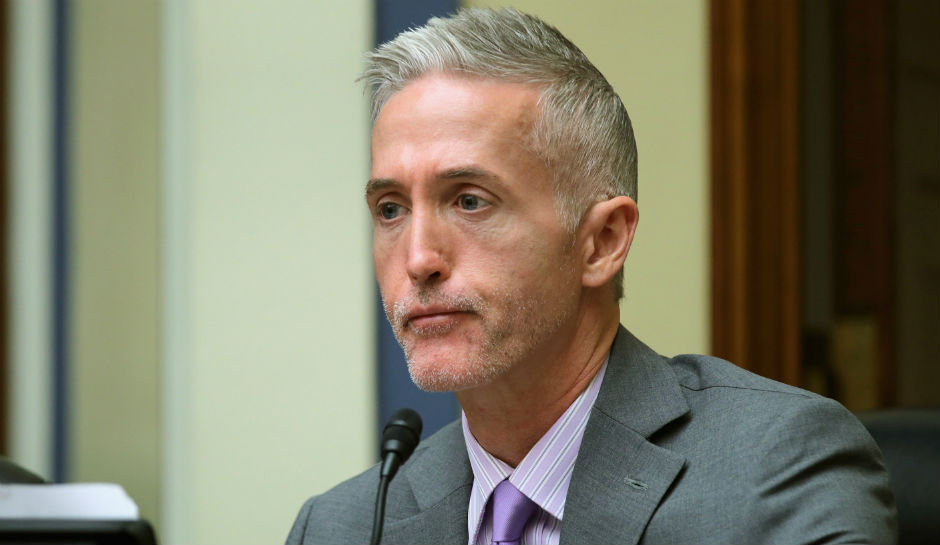 The Trump administration is wasting no time in searching for a replacement to head up the FBI after the president fired James Comey earlier this week, and several names have already been publicized as potential candidates for the job.

Inside-the-Beltway types including former House Speaker Newt Gingrich, think the post should go to a non-partisan, life-long judicial professional, and that’s certainly not a bad idea.

That’s why we believe that Rep. Trey Gowdy, R-S.C., one of the people allegedly under consideration, would make a fine director.

True, Gowdy is a Republican lawmaker, but after watching him for years dissect witnesses who have appeared before his committees to testify, it’s clear that Gowdy has a sharp mind and expert grasp of the law and federal policy. (RELATED: Trey Gowdy: Can Anyone Answer These Questions Regarding Benghazi? (Video))

And why shouldn’t he? He is the professional that many in D.C. seek. He was a federal prosecutor for the U.S. Attorney’s office for the District of South Carolina from 1994-2000. During that stint, he was awarded the Postal Inspector’s Award for prosecuting J. Mark Allen, a Post Office thief whose sentence was upped from 52 years to 77 years behind bars after a carjacking conviction was added.

Having higher aspirations, Gowdy left the prosecutor’s office in 2000 to run for the 7th Circuit Solicitor’s position, which he won in a general election. He was then reelected two times as solicitor, prosecuting a wide range of cases including seven that resulted in a death sentence conviction.

Though Gowdy first supported Sen. Marco Rubio, R-Fla., for president, he did support Donald J. Trump after he secured the Republican Party nomination because he had always intended to support the eventual GOP nominee.

Early on, in July 2015, Trump considered tapping Gowdy to become U.S. attorney general, a post that eventually went to former U.S. Sen. Jeff Sessions, R-Ala. But Gowdy expressed an interest instead of serving out his term.

And while Gowdy may eventually have his sights set on becoming attorney general, as a younger man he may be more interested first in doing a 10-year stint as the FBI director.

Giuliani and Christie have both been federal prosecutors as well, but Bratton has not and neither has Clarke. And while Christie has proven himself worthy in political battles within his home state of New Jersey, Giuliani – despite his leadership during the 9/11 attacks – has been an informal Trump advisor and would probably be seen as too political.

But Gowdy possesses a keen intellect and an eye for detail. His ability to pick apart witnesses who stammer, waiver or take political rather than honest positions during testimony has become legendary. In his own right, and without even trying, Gowdy has become an Internet sensation, with videos of his take-downs going viral shortly after they’ve been posted. (RELATED: Trey Gowdy Dismantles Democrat Congressmen on Second Amendment (Video))

Time and again, Gowdy has demonstrated he has a commanding grasp of federal statutes, federal policy, and statutory law. He has a sharp wit, a good sense of humor, and is engaging – just the sort of qualities the office of the FBI director needs to regain composure and, more importantly, the trust of the people, which has been badly damaged by Comey’s (mis)handling of Hillary Clinton’s email scandal.

What’s more, Gowdy has something else that none of the other four candidates allegedly under consideration have: Experience on Capitol Hill. It’s difficult to fathom and grasp the machinations of Congress unless you’ve been there, and he has now for several years. It’s experience that would serve the FBI and the country very well.