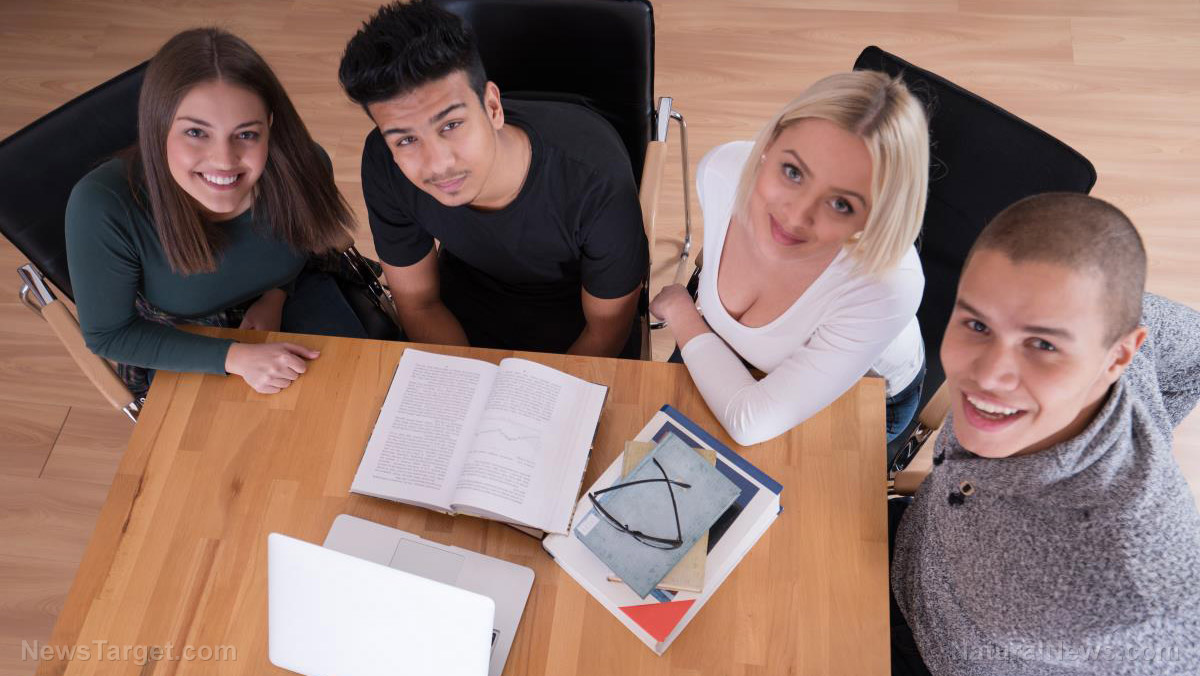 Data mining is not limited to the National Security Agency’s (NSA) tracking, storing and analyzing all of our emails, phone calls, bank and financial transactions, health records, and social media posts. But the Deep State is much more keen to uncover what they define as clandestine actions, as opposed to collecting data to sell us shiny new smart refrigerators or Kohler robotic toilets. Collecting personal data for target marketing has developed into a multi-billion dollar enterprise tagging specific population groups to buy what they’re selling. For example, Entrepreneur suggests that when you market to 74 million retiring baby boomers, you should remember that they still “like to read.”  Millennials, on the other hand, are more enticed by today’s on-demand “minimalist trends.”

But baby boomers and millennials are adults with the ability to turn off their computer and make independent decisions. For the millions of children attending public schools, this is not the case. This younger generation is fully immersed into a “Big Data” collection system while they sit with computers at their desks, reports Pulse.com. This invasive system is part and parcel of the Common Core State Standards (CCSS) and “claims entitlement to constant data from our children, including psychological data, handsomely profiting corporations and government but destroying the privacy and the student-teacher interaction, all without evidence of effectiveness.”

The mandate to collect massive amounts of the K-12 student data is light years beyond the “old school” methods when instructors merely kept track of test scores, after-school activities, progress notes and if one was missing class due to a measles outbreak. In their unabated desire to measure the student’s personal, physical, psychological, emotional and performance data, the entire classical model of learning — defined as “teaching by human beings, plus focus on handwriting, classic literature, standard algorithms, and actual content knowledge,”– is being destroyed, along with any thought of privacy.

The photograph below shows how an online learning system can gather data from four different modalities used by a student. It originally appeared in a 2013 report by the U.S. Department of Education’s Office of Technology (USOT) called Promoting Grit, Tenacity and Perseverance: Critical Factors for Success in the 21st Century. The photograph has since been removed from the website, says Pulse.org, because parents were outraged. 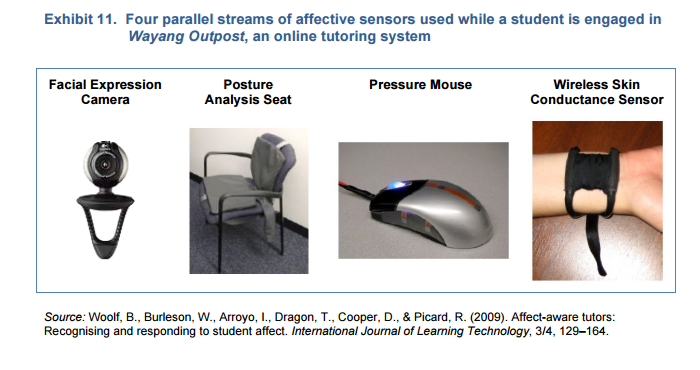 As reported in Truthout.org, education has been betrayed by both Presidents George W. Bush and Barack Obama as they sought to transform “schools from a public good to a private enterprise, answerable . . . to the imperatives of the marketplace.” The size of this data mining market has been estimated by McKinsey Global, according to MissouriEducationWatchdog.org, and it ranges “between $900 billion and $1.2 trillion in global economic value.”

Jane Robbins, Esq., and a fellow at the American Principles Project, gave this presentation on the enormity of student data mining. But her greatest concern, found at 14:54, is what she believes to be a  much deeper problem:

The government has deemed our children to be as little machines to be programmed or as human capital to be exploited. Progressives have yearned to do this for over a decade and now they have the technology to do it. Common Core standards, which diminish academic knowledge, are the passport to the progressive future.

There has been pushback, however. Indiana voted to replace Common Core in 2014. In January of 2017, Govtech.com reported that Mississippi Attorney General Jim Hood filed suit against Google for “illegally mining the data of Mississippi public-school students.” The Electronic Privacy Information Center (EPIC) reports that a bill has been introduced in the Senate called “The Protecting Student Privacy Act of 2017.” And many parents and teachers seek alternative means of educating the children.