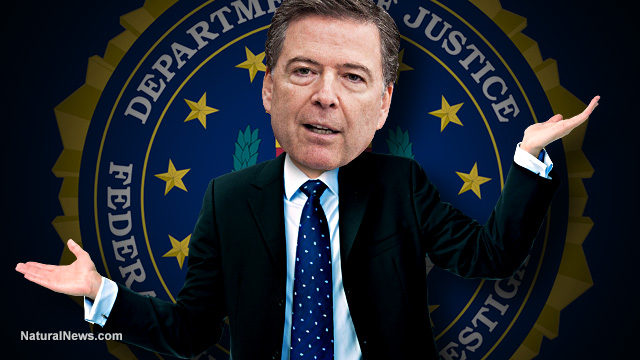 Seriously, now: At what point does the idiocy of the corporate-run media finally become so utterly obvious to everyone that we all just laugh out loud at the idea that the NYT (or WashPost) has any credibility at all?

The latest “bombshell” news story from the New York Times — entitled Comey Memo Says Trump Asked Him to End Flynn Investigation — is based entirely on a memo that James Comey wrote to himself, then “leaked” to the NYT.

If you wrote it yourself, it’s not exactly a “leak,” is it? It’s actually some words scribbled on a napkin, all of which may or may not be accurate about what was actually said at the meeting. For all we know, James Comey decided to scribble his silly memo the day after he got fired by Trump.

It has no credibility at all, in other words. James Comey wants to damage the Trump administration, so he jots down whatever lies he wants the NYT to publish, then he calls it a “memo.” (Gee, I can write memos, too. The memo in my hand at the moment says that James Comey is a corrupt, traitorous liar who covered up the crimes of Hillary Clinton. If I “leak” it to the NYT, will they write a headline story on it, too?)

The fact that the Comey memo is being widely reported as a “leak” to the NYT underscores the fact that nobody in the establishment media knows what a “leak” really is. It’s not a leak if you wrote it yourself, obviously, unless the words leaked out of a hole in your head and spilled onto the memo pad.

When you write yourself a memo, those aren’t leaks unless you are a schizophrenic multiple personality mental patient where perhaps one personality “leaked” a secret to your other personality via the voices in your head. Does James Comey have voices in his head? Are they the same voices that told him not to prosecute Hillary Clinton for a long list of obvious crimes in the mishandling of classified information? Even more importantly, are these the same voices that NYT reporters are citing when they claim “anonymous sources” told them all sorts of astonishing things that can’t be sourced to any real person?

Yes, I’m pointing to the obvious, rational conclusion in all this, which is simply that the delusional effort to continue fabricating fake news against President Trump is rooted in a kind of mass mental illness that has clearly infected not only James Comey, but also Michael S. Schmidt, the conspiracy-theorist-in-chief at the NYT who apparently has all sorts of “anonymous sources” talking to him in his own head. (Gosh, it must be confusing in there. Which voice are you supposed to listen to in any given moment?)

Such people think they want President Trump impeached, but what they truly need is a 48-hour observation period in a psychiatric ward, possibly followed by mind-numbing medication to finally silence all the “high-level leaking” that seems to be happening between their ears. With writers like Michael S. Schmidt fabricating fake news almost by the hour, the New York Times has become the laughing stock of serious media. As Gerald Celente calls it, the NYT is now the “toilet paper of record” in America. Almost everything they publish these days on politics is a news hoax.