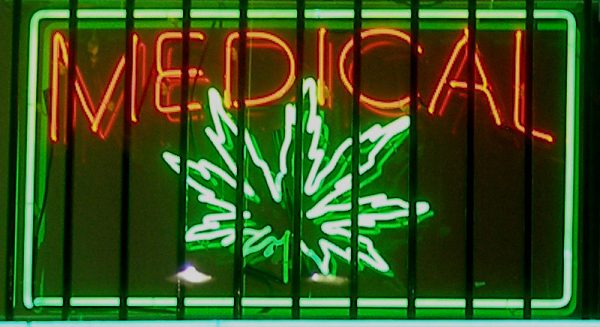 After a 15-month hard-fought legal battle, a family in San Diego will finally see the District Attorney’s office return the $100,000 seized from them in a marijuana raid in January 2016. No criminal charges were ever filed after drug enforcement agents swooped down on Med-West Distribution, a Kearny Mesa company that supplied cannabis oil and other marijuana products to medical marijuana outlets.

The agents initially seized $324,000 in cash, along with all the company’s financial records and the inventory on hand. Though two employees were arrested, no charges were filed against them.

The District Attorney’s office took it a few steps further, when several days later they froze James Slatic’s bank account, along with those of his wife and two step-daughters. It was alleged that the money in those accounts was derived from illegal drugs, and a total of $100,000 was officially seized a few months later in June 2016.

During initial court proceedings in November of last year, lawyers representing the Slatic family argued that the money should be returned to them because it was theirs in a personal capacity and was not an asset of the business. Judge Jay Bloom dismissed this argument, saying that the state had the right to seize the funds because there was sufficient probable cause for prosecutors to pursue a criminal case and prove that the money was obtained through illegal drug distribution.

No such case was ever pursued, and earlier this year the Static family’s lawyers again approached the courts for the return of the seized funds. The District Attorney’s office opposed the motion, insisting that it had a full year from the date the funds were officially seized, not the date of the raid, in which to press criminal charges.

The matter was heard by Superior Court Judge Tamila E. Ipema, who, after weighing the evidence, determined that there was insufficient evidence to back up the state’s claim that it intended to press charges.

“[T]here is no indication … that criminal charges are going to be filed in this case in the near future,” he wrote in his decision.

The District Attorney’s office has refused to comment on the case, insisting the matter is still “under review for potential criminal charges,” and that it is considering appealing the judge’s decision.

The Slatic family is understandably relieved.

“It’s about time,” said Slatic. “We did nothing wrong. My business operated openly and legally for more than two years; we paid taxes and had a retirement program for our 35 employees. No one broke any laws, but the District Attorney swooped in and took everything from me and my family, even though they had no connection to my business. Our lives were turned upside down. It felt like we were robbed — by the police.” [Related: Discover what the people sworn to protect you are up to at Corruption.news.]

This is by no means the first time that District Attorney Bonnie Dumanis has manipulated state and federal civil asset-forfeiture laws to seize money from drug “suspects” to boost state coffers. These laws allow law enforcement and the District Attorney’s Office to retain a portion of assets they seize, incentivizing these types of groundless raids. [Related: Did you know that the police arrest more people for marijuana possession than for violent crimes?]

Interestingly, Dumanis announced in April that she would not be seeking re-election in 2018, just two days after news broke that she was the “subject of investigation” in the Azano corruption saga, the biggest political corruption saga in San Diego’s history. KPBS reports that Jose Susumo Azano Matsura was convicted last year of dozens of counts of corruption, including conspiracy to contribute illegally to U.S. elections as a foreign national.