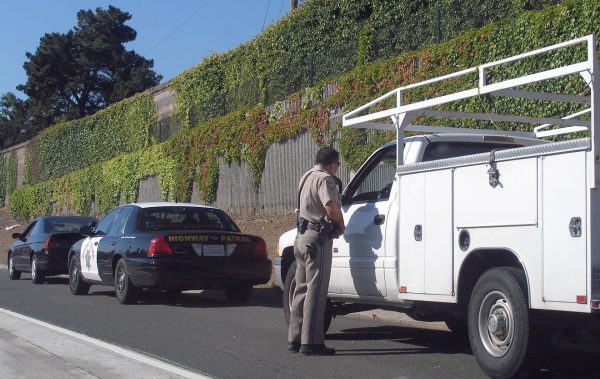 The myriad health benefits of marijuana are becoming increasingly well-known to the public, and this has resulted in more than half of U.S. states legalizing its medicinal use in recent years. Seven states and the District of Columbia have passed even broader laws, allowing both the medicinal and recreational use of cannabis. While those who are aware of the powerful healing properties of marijuana have rejoiced at this positive change, these laws have opened up a legal can of worms when it comes to determining whether a person who has used marijuana is fit to drive a vehicle.

Courthouse News Service is reporting that the number of marijuana-related vehicle accidents may be escalating in California. The state voted on and adopted Proposition 64 in the most recent elections, making it legal for adults over the age of 21 to have up to one ounce of marijuana in their possession, and to grow a maximum of six plants in their homes.

Statistics from around the country would seem to indicate a sharp incline in accidents caused by drivers under the influence of marijuana or other drugs in states where marijuana has been legalized. However, it is important to note that both the research into and reporting of marijuana-related accidents is relatively new, and that very few states collected such data before 2010, making statistics unreliable at best.

Additionally, determining whether someone’s driving is truly impaired by marijuana is an incredibly difficult task. Test results can be influenced by multiple different factors, including race, age, gender, how often the person has used marijuana in the past, which strain of marijuana is involved, and even method of consumption. Though the “high” of marijuana only lasts for a few hours, it can remain in the user’s blood or urine for as long as 30 days. This makes it even more difficult for law enforcement officers to accurately determine whether someone is really unfit to drive.

These officers face another problem as well: California’s criminal codes have not been updated since recreational marijuana was legalized, and legal limits have not yet been established.

Nonetheless, Californian law enforcement officials are not showing any desire to wait until a more reliable method of testing can be developed or for drugged-driving laws to be passed by the legislature. In some parts of the state, police officers have begun using mouth swab test kits to determine if drivers might be under the influence of any of six legal and illegal drugs, one of which is marijuana. Even though the state’s laws have not yet been amended, a Kern County judge recently ruled that the results of these test kits are admissible as evidence in a court of law.

Assemblyman Tom Lackey, R-Palmdale, who is the author of Assembly Bill 6, which proposes that a task force be set up to develop procedures to address drugged-driving while ensuring fairness, noted that new sobriety field tests are needed which can accurately determine when someone is too impaired to drive.

“I also believe we need to use new technology that focuses on detecting recent use in a driver’s breath or saliva,” Lackey said. “Both of these things need to work in conjunction so drivers who are not impaired are not falsely accused.”

That may prove very difficult to do, since marijuana affects people so differently. And there have been reports from around the country of stone sober people being arrested for drugged-driving, even without any type of test being done simply because the arresting officer believed that the person was driving under the influence. In all these cases, the victims had to endure jail time and months in court proving their innocence.

Makes you wonder about the accuracy of those statistics showing sharp increases in drugged-driving arrests, doesn’t it?

Follow more news on the rise of the fascist police state at Fascism.news.