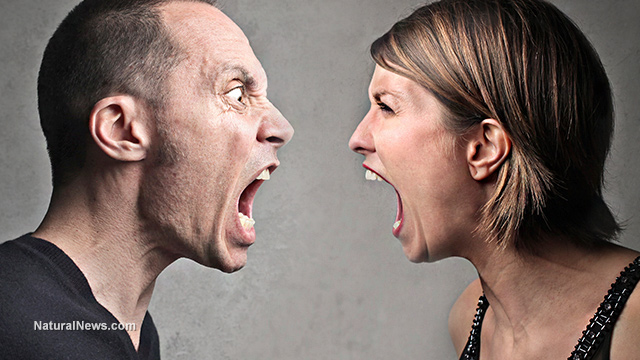 So-called “Trump Derangement Syndrome” is a real thing and ought to become an official psychiatric diagnosis, though given the Left-leaning nature of the field and the federal medical bureaucracy, don’t expect that to happen anytime soon.

Still, it should because there are daily examples of it all over the country, especially on America’s college campuses, where insane Marxist ideologues posing as professors and school administrators stoke and encourage the derangement against our 45th president.

As noted by Campus Reform, which documents such insanity on the campuses of our institutions of “higher learning,” a young woman attending Western Washington University literally loses her stuff after passing a sign supporting President Donald J. Trump. A video shows her screaming for at least two minutes after seeing the offending sign belonging to a pro-Trump street preacher.

At one point she even splatters paint on the ground “in an apparent attempt at artistic protest,” Campus Reform reported.

Watch — if you can stand to:

At one point during the ridiculous scream fest — which ought to leave you wondering how this person is going to make it in the real world, where other pro-Trump signs, bumper stickers, hats, T-shirts, and lapel buttons exist — another young woman who looks like a student, comes up and asks if she’s okay.

At that point, the screamer stops, says something calmly, then abruptly begins screaming again at the street preacher, at the top of her lungs.

“This is why I don’t approve of legalizing marijuana,” the street preacher, Eric Bostrom, jokes.

“Right here on the Western Washington campus, she’s going nuts with a Trump sign — she doesn’t like the Trump sign. She’s anti-Trump,” he can be heard explaining in the video.

Clearly, Bostrom has a sense of humor. Just as evidently, the brainless scream does not.

At another point, another woman who may be part of the administrative staff, approaches the screamer to ask what is going on. She, too, is dismissed; she walks off and screamer tells her, “Call the police, bitch.”

By now, of course, a gaggle of other students has gathered around her — dumbfounded, and at a distance — but even that doesn’t stop the screamer.

She’s angry, you see, because Trump exists, and someone actually supports him (tens of millions of someones, in reality).

This kind of ridiculous, childish and psychotic behavior on campuses has been occurring regularly since Nov. 9 — the day after these overly pampered, “triggered” champions of free speech found out that Trump had soundly beaten their heroine, the legally compromised Hillary Clinton, with 306 electoral votes.

Claiming that speakers with whom they don’t agree — universally pro-Trump, conservative or Republican speakers — are somehow a threat to their well-being, they demand (demand!) that said speakers be booted off campus, or better yet, dragged out by their hair half-bloodied and beaten, all while professing undying love and loyalty to the First Amendment’s guarantee and protection of free speech and expression.

Nothing could be further from the truth, of course, which makes their behavior as appalling as it is obnoxious: They have no clue what massive hypocrites they’re being, mostly because they have convinced themselves or allowed themselves to be convinced that only their far-Left political ideology is valid and, thus, only it is protected by the Constitution.

What’s truly pathetic is that there is a major political party — the Democratic Party — feeding, encouraging and condoning this irrational Trump hate, all of which is leading to generations of Americans who believe they have an inherent right to break all the rules of civil society and refuse to be governable just because they didn’t get their way at the ballot box.

Scores of Americans have reached the conclusion that there is no reconciliation possible anymore between growing segments of society who vehemently disagree with each other.

We laugh at the screamer, but deep down we also know nothing good can come from this kind of irrational, inconsolable hatred.