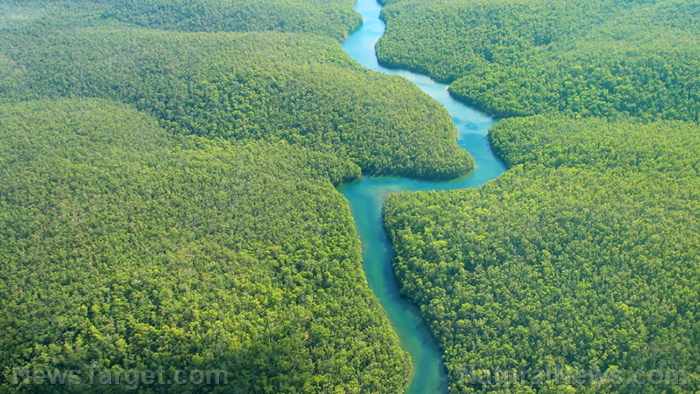 When activist Carlita Shaw first headed to Ecuador six years ago, she had no idea what was in store for her. She went to the South American country to work on biodiversity conservation projects in conjunction with Amazon indigenous groups, and while she accomplished a great deal, her stay there has recently been marred with harassment, torture, and kidnappings. [Note: Some names have been changed to protect the innocent.]

When Ecuador recognized the rights of nature in its constitution in 2008, it became the first Latin American country to do so. However, the same respect has not been shown to the indigenous people that live there and their desire to see an end to the rampant exploitation of the natural resources found in the rainforest, which is their ancestral land. Since then, the government has approved countless “mega-projects,” mostly for Chinese businesses, that include hydroelectric dams and large-scale mines.

Things have been getting progressively worse for the indigenous people there because of the mining and oil extraction. Shaw has written numerous works on these problems, one of which is a piece called “Ecocide in Ecuador” that was published in The Ecologist. In the article, she draws attention to the exploitation of the rainforest in the name of oil drilling and how it is affecting the thousands of species that live there. She has also addressed these matters in her book, Silent Ecocide.

In November 2014, indigenous activist Jose Isidro Tendetza was murdered ahead of a trip to the Peru climate talks, where he was planning to denounce the actions of the Chinese mining companies that were ravaging his ancestral home. He was an outspoken critic of the government of President Rafael Correa, accusing government agents of going back on their promise to respect indigenous lands and nature. He started receiving threats against his home and his life. Eventually, his crops and home were set on fire. His family last saw him boarding a bus for the protest meeting. His body was found in a river with signs of being tortured and tied up. Many believe the mining company he spoke out against so vocally was behind his murder, but little was done by officials to investigate his death.

This incident prompted Shaw to go into hiding, spending a year in voluntary solitude in the coastal jungle. She eventually decided to take a step back from writing about the petrochemical and mining companies there, and it’s hard to blame her given the horrific crimes they are all too willing to carry out to protect their interests.

When she took a job at an English school, she met her partner, Andre Piedro Leone, a like-minded activist who was also looking for a quieter life. He had worked with Newman, a South African professor who had been raising awareness about vaccines. He served as Newman’s interpreter, giving high-profile interviews warning the public about vaccines on Ecuadorian TV, particularly the H1N1 vaccine.

Early last month, Andre failed to return home one day after work. Shaw found him unconscious and drugged in the school where he worked.  Blood tests showed he had been drugged with the mind control substance scopolamine. Also known as Devil’s Breath, this dangerous drug is derived from the pollen of the Datura tree and is known for wiping its victims’ memories and making them compliant. The pollen can be blown into victim’s faces, rendering them completely programmable.

A week later, Andre was kidnapped again. After the police proved unhelpful, he eventually showed up on Shaw’s doorstep four days later early in the morning donning hospital clothes, covered in torture marks and signs of electric shock. He said he managed to escape captors who he believes targeted him because of his anti-vaccine work.

Now, Shaw is seeking help for her and her partner to get out of Ecuador as the situation has become untenable. Everywhere they go, they are followed by military and police, who threaten and film them. The embassies don’t want to get involved. Andre is having trouble obtaining a passport, which they believe is another attempt by the Ecuadoran government to keep him under control. Past attempts to help him reach a safe house across the border proved to be unsuccessful, and the couple is now destitute.

She is seeking donations on GoGetFunding.com to help them fly out of the country to safety in an unspecified European Union location. Complicating matters is the fact that she also wants to bring her pets along. A self-proclaimed animal lover, Shaw says she has helped to rescue, rehabilitate and rehome nearly 30 dogs and cats during her six years in Ecuador. The only airline that will accommodate her two dogs and two cats on a flight from Ecuador to the EU is expensive, and she’ll also need to cover expenses related to their travel, such as blood tests, health certificates, and crates.

In the meantime, they are trying to stay safe and get all their paperwork in order as they wait for all the pieces to fall into place. In addition to financial help, they are also seeking assistance from lawyers and therapists who specialize in trauma.