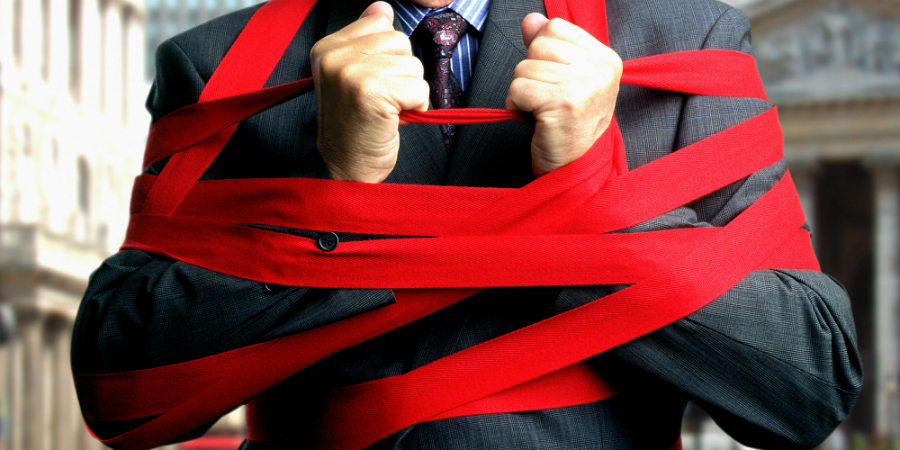 Throughout his campaign, President Donald J. Trump repeatedly pledged to boost employment and opportunities for Americans first by reducing burdensome rules and regulations. And now, just months into his first term, his efforts to do so are among the most underreported successes of his presidency thus far.

In addition to executive orders that roll back or reverse rules put in place by President Obama and his predecessors, Trump and the GOP Congress have also been employing a heretofore little-used piece of legislation known as the Congressional Review Act, which allows lawmakers, via joint resolution, to overrule a regulation. In addition, the law prohibits the reissuing of the rule in substantially the same form. Congress has 60 days after the issuance of the new rule to pass a joint resolution overruling it.

Passed in the mid-1990s as part of the then-House Speaker Newt Gingrich’s “Contract With America” and signed by President Bill Clinton, the CRA has only been used successfully one time – in 2001. The reason is that the joint resolutions must be signed into law, and presidents who don’t want to see their rules overturned obviously would veto resolutions calling for them to be scrapped. (Related: Read Another promise kept as Trump takes chain saw to federal regulations.)

However, there has been a flurry of CRA activity under the GOP-controlled Congress, with Trump signing more than a dozen resolutions to scrap Obama-era rules that were hastily enacted during the former president’s final months in office.

Initially, Left-wing media outlets like Politico downplayed the effort, and even mocked Trump and Republicans in Congress:

…[J]ust about all the resolutions Trump has approved — as well as two others that await his signature— represent victories for traditional Republican lobbying interests like the NRA, the U.S. Chamber of Commerce and fossil-fuel industries, muscled through Congress on strict party-line votes. None of them evoke the drain-the-swamp anti-establishment populism that Trump rode to the presidency, which may help explain why he’s been so uncharacteristically quiet about them.

“Trump’s ardent supporters and detractors alike tend to exaggerate the impact of the 13 rules he’s rescinding, out of more than 20,000 approved under President Obama,” Politico’s Michael Grunwald wrote last month, adding: “For the most part … Republicans won’t score many political points with their CRA victories.”

Competent media outlets unencumbered of Trump Derangement Syndrome and a knee-jerk opposition to anything conservative lawmakers do opined differently. In fact, Breitbart News declared Trump and the GOP majority’s use of the CRA a “legislative milestone” that would “put future administrations on notice that there is a limit to government’s regulatory reach, and that given the opportunity by the voters, conservatives will enforce those limits.”

Now, however, as even more executive orders and legislation roll back Obama-era outrages, suddenly Politico is taking the effort more seriously. Andrew Restuccia and Nancy Cook now appear to agree with Breitbart’s assessment, even observing that the president’s EO’s and other measures are “a series of actions that could reshape American life for decades — efforts to rewrite or wipe out regulations affecting everything from student loans and restaurant menus to internet privacy, workplace injuries and climate change.” (Related: Read YUUUGE! Japan ready to help Trump ‘Make America Great Again’ with package of 700,000 jobs.)

In addition, they noted:

Trump is … setting bureaucratic wheels in motion that could eventually ax or revise hundreds of regulations as agencies reorient themselves toward unwinding red tape and granting speedier approvals to projects … If successful, these efforts could represent the most far-reaching rollback of federal regulations since Ronald Reagan’s presidency, especially if Trump’s proposed budget cuts make it hard for a future Democratic president to re-accelerate the rule-making apparatus.

As BigGovernment.news noted in January, Trump became the first president since Ronald Reagan to actually promise to reduce the regulatory state:

There can be no doubt that America elected Donald Trump because they believed in his message of less government, more growth, better opportunities, more choices. That’s just true, and don’t you let anyone spin it any differently. Now we have a yuuuuge chance to change course and right our ship of state.

Even the Left-wing establishment media agrees, much as they hate to admit — and see — it.