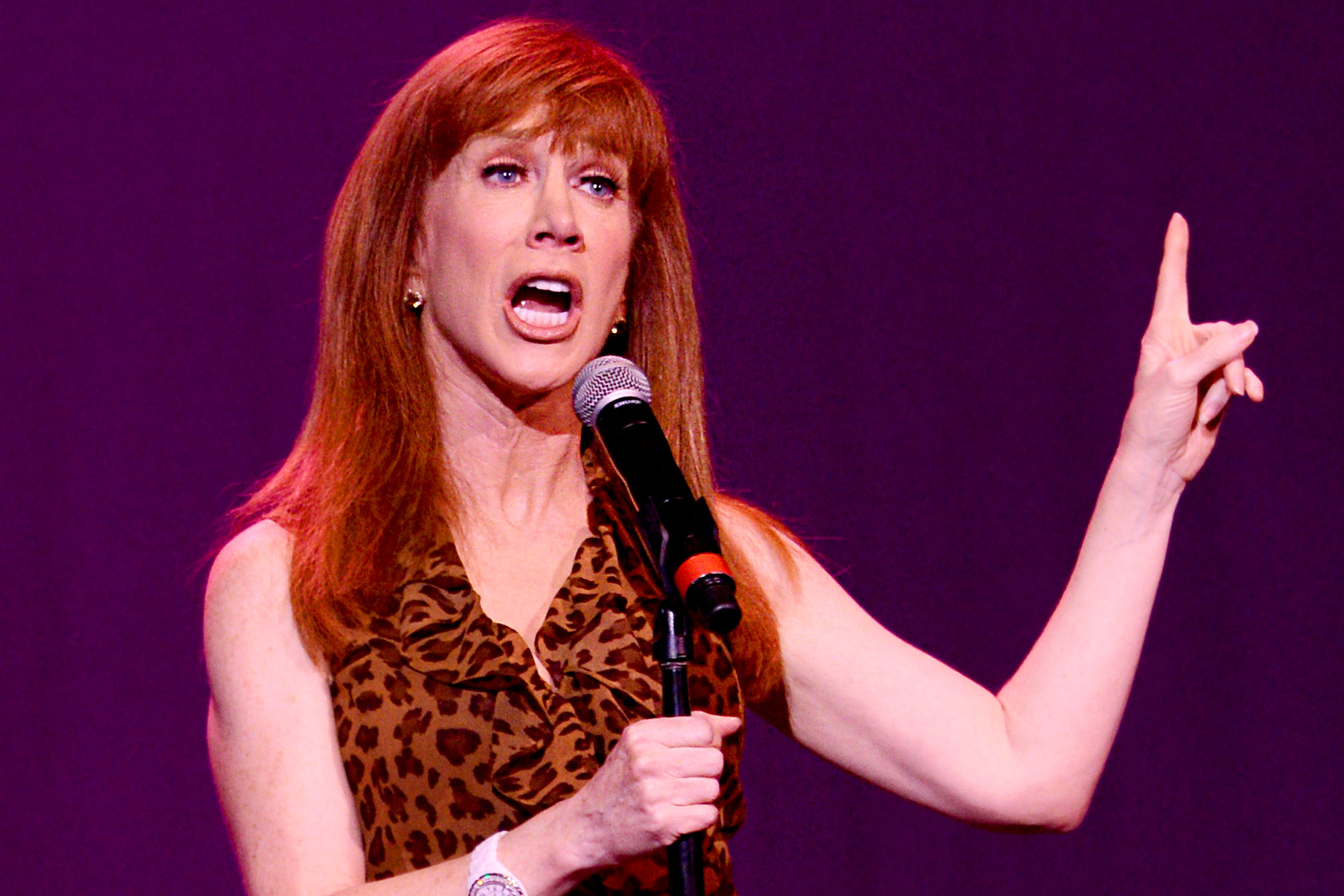 By now most people are aware of the disgusting photo D-list “comedienne” Kathy Griffin posed for recently, in which she held a mock severed, bloody head of President Donald J. Trump.

Widely chastised by Trump supporters, Griffin was even lambasted by some liberals — members of the establishment media among them as well as former first daughter Chelsea Clinton, who tweeted:

This is vile and wrong. It is never funny to joke about killing a president. https://t.co/zIiuKoMyFw

The outrage must have gotten to Griffin, who then issued a mea culpa of her own:

I am sorry. I went too far. I was wrong. pic.twitter.com/LBKvqf9xFB

Well, no one but Griffin knows whether or not she’s truly sorry, but many of us agree that yes, she went too far and yeah, was she wrong. But hers is just the most recent in a raft of radical, extreme insults and pseudo-threats against the institution of the presidency that, in the Age of Trump, are just fine and dandy with far too many Americans. (RELATED: Kathy Griffin sums up the deranged, violent, lunatic Left with video of the bloody, decapitated head of President Trump)

You may recall that, on the day after Trump was inaugurated, entertainer Madonna proclaimed to participants of the “Women’s March,” “Yes, I’m angry. Yes, I’m outraged. Yes, I have thought an awful lot about blowing up the White House, but I know that this won’t change anything,” she said to raucous applause.

You may also recall rapper Snoop Dogg mimicking the shooting of a clown that closely resembled Trump in a new music video.

And let us not forget the February 2017 cover of Irish magazine Village, which featured a profile view of our president with a target on his temple, with the words, “Why Not?” underneath.

All of these incidents have one goal in common: To cheapen the life of Donald Trump, because the ultra-radical Alt-Left has decided that he is not legitimate and does not deserve to hold the office he won fair and square, and without any assistance from Mother Russia.

But these incidents go much further than cheapening Trump; they cheapen the institution of the presidency itself, by setting example after example that it’s okay for political opponents of the chief executive to threaten violence against him if they have decided on their own that he doesn’t represent their views.

That is a horrible — and wholly dangerous — precedent.

Damaging faith in the office of the president is just the latest cultural battle by the hard Left to destroy other vestiges of traditional America, including faith, higher education, family, and popular culture. Since before the 1960s, when the destruction of traditional values was set into high gear, left-wing liberals marching in lockstep with the Democratic Party have worked ceaselessly to tear down the cultural cornerstones of American society, replacing them with warped, sadistic and valueless mores designed to “mainstream” and “normalize” aberrant, disgusting behavior like that demonstrated by Griffin and other “entertainment” types.

Just a quick stroll through social media demonstrates that this effort is bearing fruit. One idiot on Twitter justified Griffin’s pic as “art,” just like the crucifixion of Jesus Christ was “religious art.”

There were more, but you get the drift.

The point is, normalizing this kind of violence — and they can call it “free speech” all they want, but in reality, these are nothing but demonstrations of hate and violence couched in the First Amendment — will lead to nothing good. What happens when their side wins a presidential election again someday? Will it be okay for ‘the other side’ to insinuate threatening his (or her) life?

Will the Left tolerate that?

Of course it won’t, but the Left will nonetheless be responsible for it because they are the ones who will have normalized it.

You liberals look more like ISIS terrorists every day. You are ruining America.

It would seem as though that is precisely their goal, one institution at a time.