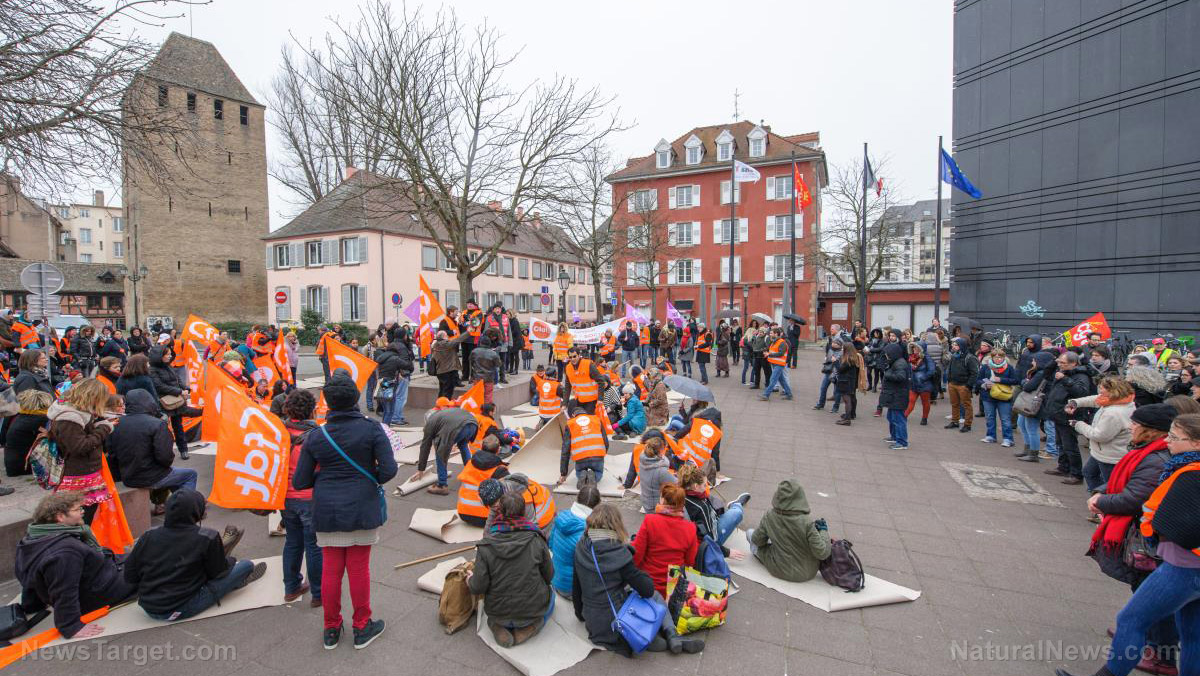 The chilling rise of neo-Marxist extremism across America is evident in everything from violent street protests against “hate speech” to hostile takeovers of college campuses by feral radicals demanding “equality.” This new-breed fascist element increasingly demands that anything it doesn’t like should be silenced with aggressive force. But if you read between the lines of a new study published in the journal Cognitive Science, such madness is merely the fetid and inevitable consequence of mass cultural brainwashing.

For their study, researchers from Kyoto University in Japan examined how individuals perceive the world around them, discovering that personal experiences differ widely depending on how a person is raised or what he experiences throughout his life. Cultural variances tend to color the lens of human understanding quite differently for each individual person, in other words – what one person is exposed to throughout his developmental years compared to another will uniquely shape the way that both of them view reality as they enter into adulthood.

Western cultural norms versus Eastern ones are another common variable that impacts how people think and function. Westerners tend more towards analyzing objects independently of context, while Easterners lean in favor of a more holistic view of things. Even the way people see physical objects or perceive simple lines drawn on a piece of paper can vary depending on their cultural views, which extrapolated in terms of current events says a whole lot about why the more fascist elements of modern society see things the way they do.

There are university professors, for instance, who see racism underneath every rock, even when it doesn’t exist. There are students who hold up signs in protest of things that aren’t actually happening, and when questioned about that fact lash out in anger rather than with facts. This gross inability to discern reality from one’s own personal delusions is a prolific disease nowadays, feeding the extremist faux-liberal ideologies that are ripping apart society at the seams.

Take what happened recently at Orange Coast College (OCC) in California as an example of this. A horde of angry neoliberal extremists decided to storm the campus administration building in protest of the college’s “neutrality” on political groups – mainly the fact that the school allows the College Republicans group to simply exist. These homegrown domestic terrorists pushed OCC’s president to actually remove the group from campus, and a professor by the name of Jessica Alabi actually said she would “stand up” and do this herself if the school refused.

Another professor at OCC by the name of Olga Perez Stable Cox made the news several months prior when she declared before her class that the election of Donald Trump as president was an “act of terrorism.” An anonymous student filmed the incident, which quickly went viral. But rather than punish the teacher for essentially insulting the students in her class that voted for Trump, the school offered to honor her as “Faculty Member of the Year.”

Cox received so much negative attention from the general public outside of her campus that she actually removed her picture from OCC’s faculty page website and replaced it with a stock photo of the school.

“Rather than beat the conservative students with better ideas, they simply want to stomp them out of existence,” writes Tom Knighton for PJMedia.com about the hypocrisy of the intolerant Left. “Perhaps, deep down, they know they simply cannot win debates with the conservative students if there’s a free flow of ideas. So they want to stop the flow.”