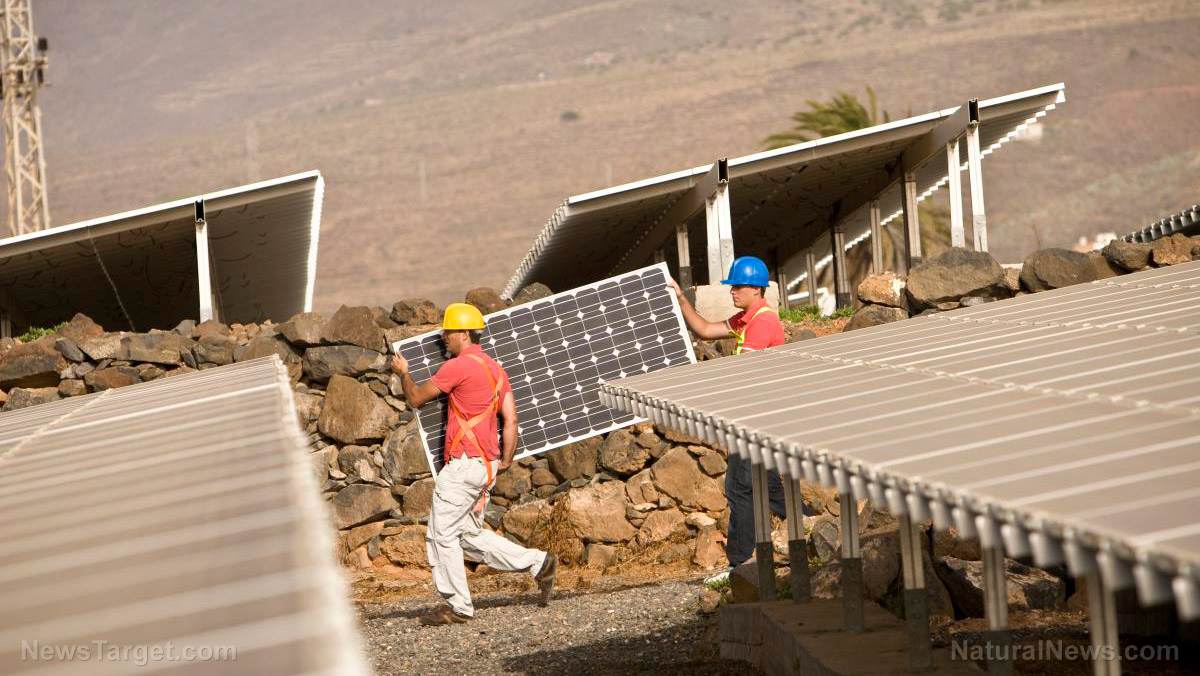 Not all Americans are crazy about President Donald J. Trump’s campaign pledge to build a wall along the entire U.S. southwest border (and make Mexico pay for it) as a way to curb illegal immigration and cut down on the massive amounts of drug trafficking into the country.

But the president has, at least, voiced his support for an environmentally-friendly border wall that will produce benefits for the U.S.: A wall design that incorporates solar panels.

As reported by Axios, during a meeting with Republican leaders in the White House on Wednesday, Trump briefly engaged lawmakers on the issue of the border wall, according to three people who said they had direct knowledge of what was discussed during the meeting. The president “floated the idea that the wall could be covered in solar panels, and the electricity generated used to pay for the cost” (so that Mexico won’t have to…?).

The president said he had a vision of building a wall 40 feet to 50 feet high and covering it with solar panels so they would be “beautiful structures,” according to sources. They also noted that Trump said most people associate the wall with being something like 15 feet high but not those he envisions. (RELATED: Another day, another RINO attempt to thwart Trump’s border wall)

One person said that the solar-panel walls were not yet the agreed-upon design of all those that have been submitted thus far. Trump also apparently joked that the lawmakers could discuss the idea of a solar panel wall as long as they said it was the president’s idea.

In early April The Associated Press reported that Gleason Partners LLC of Las Vegas had submitted a design that included sections of solar panels which “would provide electricity for lighting, sensors, and patrol stations along the wall.” The report also noted that the wall could be built and then maintained by selling electricity to local utilities, paying for the entire project in 20 years or less. In addition, power could be sold to Mexico — which would soothe some diplomatic hard feelings, perhaps.

“I like the wall to be able to pay for itself,” managing partner Thomas Gleason told the AP.

Two lawmakers who attended the meeting also told The Wall Street Journal that Trump pitched the idea of a solar panel wall, to which House Majority Leader Kevin McCarthy, R-Calif., remarked, “I think it’s innovative. To authorize it and to appropriate it wouldn’t cost as much.”

Democrats especially are keen on green energy, as is their base, but because they are driven crazy by so much Trump hate — and opposition to his wall, because more immigrants mean more voters (eventually) for them — they’re not likely to support even a wall built with solar panels.

As of now, Congress has not allotted any funding for the border wall, which angered conservatives earlier this year after the GOP-controlled Congress rolled out a stop-gap spending bill that did not contain funding for many of the president’s priorities. But Trump seems unfazed, telling reporters that he would revisit funding for the wall in September, when the current spending measure expires.

In Ohio on Wednesday, Trump also pushed additional infrastructure spending, which was a major part of his campaign, saying that Americans can’t live any longer with crumbling highways, roads, dams and bridges. He outlined a plan to leverage $1 trillion in investment in U.S. infrastructure over the next several years, if he can get Congress to go along with it.

“America wants to build,” he stressed, as Bloomberg News reported.