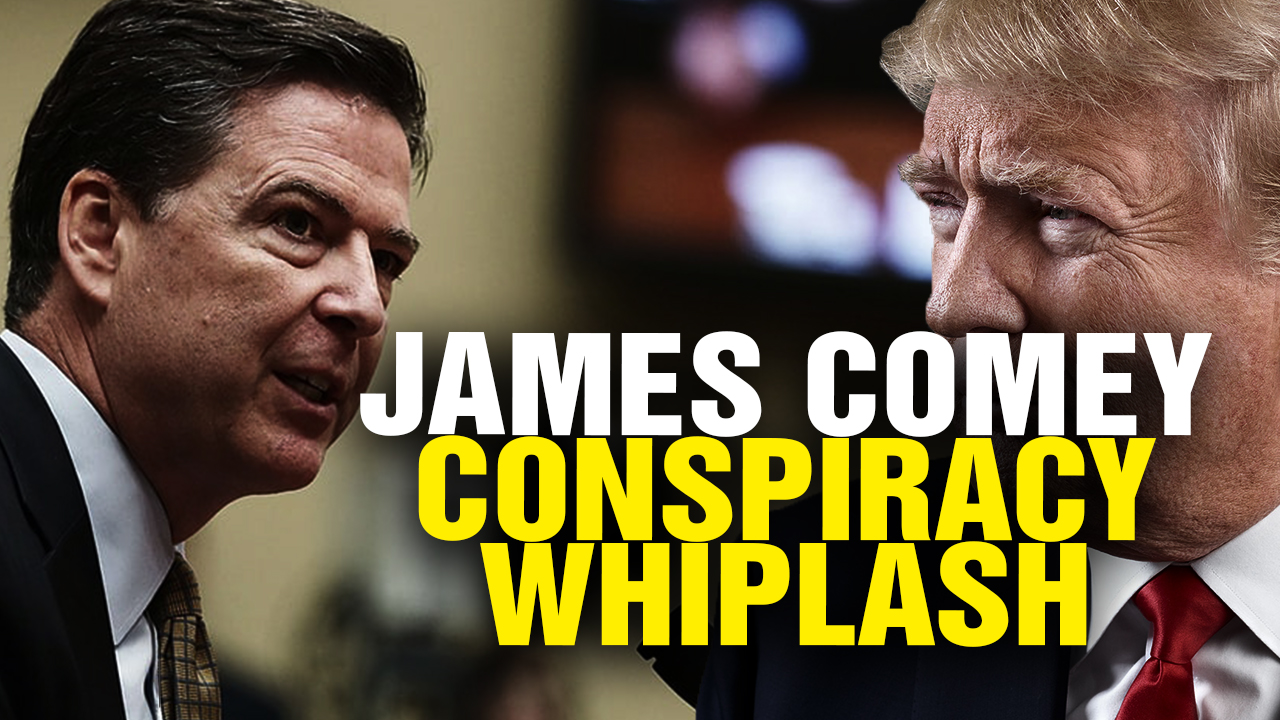 There were three bombshells revealed earlier this morning by former FBI Director James Comey during his public testimony before the Senate Intelligence Committee, but none of them harm President Donald J. Trump.

In fact, two of those three implicate Comey himself in a potential crime, as well as former Obama Attorney General Loretta Lynch.

But in all the hullabaloo what can also be gleaned from Comey’s testimony is that the president is not complicit in anything having to do with Russia, nor was he ever under any investigation for alleged “collusion.”

Twitter was alight with commentary and assessment; read on.

— Comey ADMITTED that he helped leak the contents of his own memo to the press, and this is a BOMBSHELL that the establishment press completely ignored. If Trump knew this, it alone was grounds to fire him.

— Fox Business Network’s Lou Hobbs noted Comey was a “weak and ineffective person” to lead the FBI, “and a leaker as well.”

— Talk radio host Buck Sexton tweeted, “Comey leaked memos he created as FBI director and then shared them with the media before Congress for political impact. Let that sink in.”

— Conservative pundit Mary Katharine Ham noted that everyone “has seen” the bogus ‘Trump dossier’ that make all sorts wild, unsubstantiated allegations about the president during trips to Russia, but “no one has seen the memos” he wrote. “We’re all taking about the memos but we can’t talk about the dossier.”

— Noted (Left-wing) constitutional attorney and law professor Alan Dershowitz tweeted out that Comey’s defense of his conduct regarding the Hillary Clinton email investigation was “unpersuasive.” He also noted that there can be no “obstruction of justice when the president exercises his constitutional authority to fire the director of the FBI.” And finally, he said in a tweet that “senators should ask Comey the name of the Columbia (University) professor” whom he gave his memos to in order to leak them to the media and “subpoena…him.”

— Comey said that the contents of a New York Times story on the Russian investigation suggesting Trump-Russia “collusion” was “almost entirely wrong” — “in the main, it was not true,” he testified. He also said there are many stories by the fake news establishment media that are just “dead wrong.”

— Townhall’s editor Katie Pavlich noted Comey’s jab at the press, referring to reporters as “feeding seagulls at the beach.”

— Sen. Marco Rubio, R-Fla., noted during his questioning of Comey that “the only thing that’s never been leaked is the fact that the president was not personally under investigation,” suggesting that a political operation to discredit Trump has been ongoing.

On any potential criminal activity on the part of Trump:

— Top Trump advisor Kellyanne Conway noted that “Comey’s friends were wrong and Trump was right: Comey admits he told POTUS three times he was not under investigation.”

— In answering a question from the Senate panel, Comey admitted that closing out the FBI’s investigation into former Trump National Security Advisor Michael Flynn would not have had any impact on the overall Russia investigation.

— Former Fox News host Bill O’Reilly noted that Senate Intelligence Committee Chairman Sen. Richard Burr, R-N.C., “hammered” Comey for being disingenuous, then tweeted, “The gist: if Comey was so disturbed by Trump’s take on Flynn & didn’t want to be alone w/ the Prez why did he continue private calls w/ him?”

— Regarding the “loyalty pledge” he sought from Comey, Sen. James Lankford, R-Okla., said that Trump also made the same loyalty pledge of every single one of his Cabinet picks.

On the matter of potential criminal activity by Lynch:

— IMPORTANT: Comey testified that he saw “no indication” that any votes were altered during the 2016 election (meaning Hillary wasn’t cheated). Also, regarding the FBI’s investigation into the Clinton email scandal, he also said Obama’s attorney general, Loretta Lynch, ordered him to downplay the probe — isn’t that obstruction of justice? And what role did the president play in that order?

Lynch: “Yes, but don’t call it an investigation, call it a ‘matter.’”

Lynch: “Just call it a matter.”

So, we are learning about the Obama regime’s wretched politicization of the Justice Department (and intelligence community) after all. (RELATED: Trump lawyer: Prez feels ‘completely vindicated’ by Comey’s pre-testimony statement)

The media’s reporting has been wrong; Trump has been exonerated; Comey admitted to being a leaker; Lynch was the one who very likely obstructed justice; and the former FBI director never felt strongly enough about any interactions with the president that compelled him to report it to the appropriate congressional committees and the Justice Department, which he is required to do.

Once again we learn that Trump hate is driving Washington — it’s political and media classes — insane.