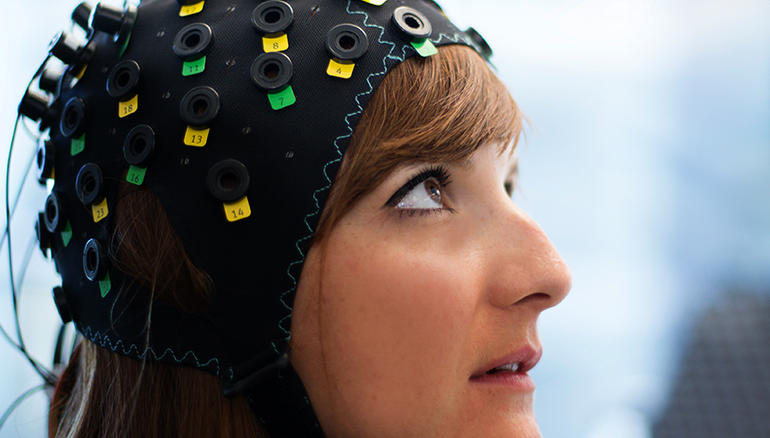 A team of researchers at the California Institute of Technology have programmed an algorithm that was based on the brain’s ability to quickly recognize faces. The algorithm, used on macaque monkeys, was able to recreate the animal’s perception of human faces in fine detail. In order to come up with the algorithm, the research team examined how the brain picks up on certain facial characteristics. The research team’s findings were published in Cell.

The scientists discovered that certain nerve cells in the brain perceive specific facial characteristics to create an image of an individual’s face. According to the research team, combining data from each nerve cell may provide face cells the capacity to recreate a limitless number of faces. The researchers likened this to how red, blue, and green light combine. The research team also found that the process of recreating images of human face was relatively similar to how computers process facial recognition. Upon analyzing brain activity in the animal models, the research team found that they could recreate faces by simply decoding neural activities that correspond to certain aspects of a human face.

“This was completely shocking to us, we had always thought face cells were more complex. But it turns out each face cell is just measuring distance along a single axis of face space, and is blind to other features. Although there are many steps of computations between the image we see and the responses of face cells, the code of these face cells turned out to be quite simple once we found the proper axes. A practical consequence of our findings is that we can now reconstruct a face that a monkey is seeing by monitoring the electrical activity of only 205 neurons in the monkey’s brain. This could inspire new machine learning algorithms for recognising faces. One can imagine applications in forensics where one could reconstruct the face of a criminal by analysing a witness’s brain activity,” senior author Doris Tsao said in DailyMail.co.uk. (Related: What exactly are the hidden implications to this type of technology? Learn more by visiting PrivacyWatch.news.)

Details of the animal study

In order to test their discovery, the research team developed a 50-dimensional space that showed all of the different ‘axes’ or characteristics of a face. The experts assigned 25 dimensions to specific shapes seen in the face, such as the distance between eyes or the width of the hairline. The other 25 dimensions were designated to appearance features such as skin tone and texture.

The research team then inserted electrodes into the brains of two macaque monkeys and performed electrophysiological recordings on face-responsive neurons in the inferior temporal cortex, while simultaneously showing the animals images of random faces. The scientists noted that face cells corresponded differently towards various facial characteristics. According to experts, some batches of cells were more responsive to facial shape, while some were stimulated by facial appearance axes.

The researchers were able to recreate the images that the monkeys perceived. A side-by-side comparison revealed that the images perceived by the animal models showed stunning precision when compared with the actual photo used during experiment.

Outside experts lauded the experiment but cautioned that more work needs to be done. “It’s a very strong paper [and could] be a milestone in face recognition research. There’s a lot more work to look at how well it generalizes to a new set of stimuli. A lot of research is focused on faces because we already know so much about faces and because it’s a rather limited domain of stimuli, but to what extent does this work apply to object recognition, to scene recognition, to world recognition?,” outside expert Adrian Nestor, a cognitive scientist at the University of Toronto, said in The-Scientist.com.