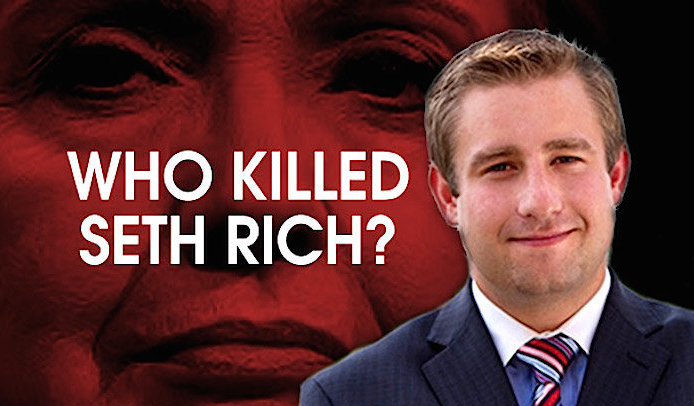 Early on the morning of July 10, 2016, Democratic staffer Seth Rich was walking home through the streets of an upscale Washington DC neighborhood when he was shot twice and left for dead. Police found Rich conscious and breathing shortly after the shooting. Strangely enough, Rich’s attacker wasn’t interested in taking any of his possessions, which included a phone, a watch and his wallet. This adds to the mystery surrounding the entire event, and has lead many to believe that the attacker was only interested in bringing an end to Seth Rich’s life. Not long after he arrived at a nearby hospital, Rich was pronounced dead.

Now, it appears as though two hospitals that are each within a one-to-two-mile radius of where Rich was shot are refusing to answer any questions. World Net Daily recently contacted MedStar Washington Hospital Center and Howard University Hospital, the former being less than two miles north of the shooting site and the latter being three blocks to the east of the shooting site.

Upon seeking a request for an interview with hospital representatives of MedStar Washington Hospital Center, WND was told that the sharing of patient information was in violation of the federal Health Insurance Portability and Accountability Act of 1996, also known as HIPAA. “I am not permitted to reveal any information about any patient of this hospital, whether that patient is living or deceased,” said So Young Pak, MedStar’s director of media relations. “Journalists are not permitted in any hospital in the nation unless escorted by a director of media relations.”

WND didn’t have much luck when it came to Howard University Hospital either. After requesting information regarding whether or not Rich was treated at the facility, Howard University spokesperson told WND over the phone, “Um, I’m not prepared to answer this right now.” When WND asked if there would be a better time for them to call back, the spokesperson replied bluntly, “you can follow up with me.”

Unfortunately, even if requests for information were made through the Freedom of Information Act, Judicial Watch has explained that it would likely be unproductive due to the strict patient privacy regulations that are currently in place.

Last month, Jack Burkman, who is the head of the Profiling Project investigative team, filed a lawsuit in an attempt to get the Metropolitan Police Department to release information regarding the murder of Seth Rich, including the medical examiner’s report and video footage of the shooting. In the past, the Metropolitan Police Department has released video footage to assist in unresolved criminal investigations, but strangely, video footage pertaining to the murder of Seth Rich has yet to be released.

A couple of weeks ago, Ted Goodman of The Daily Caller reported that “MPD has released 12 videos in the last week alone, to include unsolved murder investigations. Their habit of transparency with unsolved cases raises the questions as to why they’ve been so tight-lipped about the Rich case.”

One doesn’t exactly need to be Sherlock Holmes to know that something very strange is going on here. It’s quite obvious that there is still something significant about the death of Seth Rich that the hospitals and the police department are desperately trying to hide from the public. Indeed, if there wasn’t anything shocking about Seth Rich’s murder and it was just a random killing that occurred on a random night in Washington DC, then there wouldn’t be nearly as much secrecy as there currently is.

Who killed Seth Rich? Why are both of the hospitals that WND contacted refusing to say whether or not they even treated Seth Rich after he was shot? And why isn’t the Metropolitan Police Department releasing any of the video footage, especially when they have never hesitated to do so in the past?

Still so many questions, and yet still no answers.