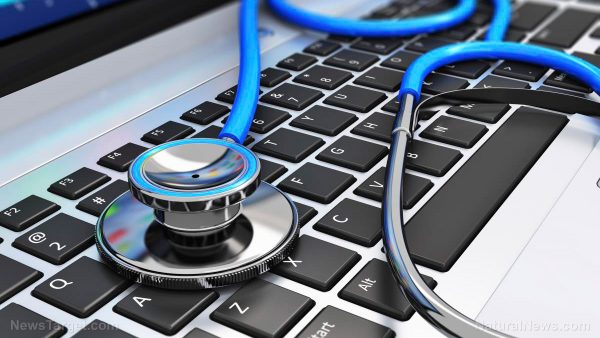 For some of us, visiting the doctor is an uncomfortable and invasive process. Being examined by and telling a complete stranger how we feel can be very difficult for many. At the very least, we would expect that information to remain private, safely tucked away in the doctor’s records, for his or her eyes only. But a new bill signed by President Trump is poised to strip this right to privacy from every American citizen.

Back in 1996, the Health Insurance Portability and Accountability Act (HIPAA) called for Health and Human Services to issue every single citizen with a “unique patient identifier” (UPI). This UPI would be a unique number linking each person to their complete medical history, and would be accessible by about 800,000 parties, including hospitals, doctors, researchers and public health departments. The legislation caused an immediate public backlash, prompting Congressman Ron Paul (R-TX) to amend a 1998 spending bill to prevent the use of any federal funds for the development of UPIs. The congressman’s maneuver threw a spanner in the works, and the development of UPIs essentially ground to a halt.

Until now, that is.

The Healthcare Information and Management Systems Society reports that a simple UPI is no longer considered a sufficient solution, and “the focus has shifted to patient data matching and the need for a coordinated national strategy across the public and private healthcare sectors.” They further report that the nation’s healthcare community has been given a “clear mandate … to adopt electronic health records and health exchange capability.”

This move by President Trump is likely to prove very unpopular. A 2002 article by Gallup noted that increasing use of the Internet was leading to an “e-health” environment in the United States, which was causing privacy concerns for both consumers and medical professionals. It referenced an earlier 2000 poll which found that 78 percent of respondents wanted to maintain the status quo with regard to their health information, namely that no person or party should have access to their private information without their express permission.

It is highly unlikely that the passage of time has altered the fact that very few people would be comfortable having their “demographic data, genetic information, family histories, treatments, personal comments, hospitalizations, and lifestyle information” available to all and sundry.

This is highly sensitive information which could be used against the patient in multiple ways.

Let’s imagine, for example, that you are applying for health insurance for your family. You complete and submit your paperwork, only to have the insurer deny you cover because several members of your family carry the BRCA1 gene and are genetically predisposed to breast and other cancers.

Having all that private information freely available would also make you vulnerable to identity theft. This type of crime already affects over 15 million U.S. citizens each year, resulting in $50 billion in financial losses.

Since your information would be freely available to researchers, it would also be almost impossible for you to avoid becoming an involuntary participant in a research project you might be morally opposed to.

And, of course, a database like this would allow the government to determine your compliance with the CDC’s inflated childhood vaccine schedule, using strong-arm maneuvers like those used in California to force you to vaccinate your children. This would include vaccines which have damaged countless children across the world, including the MMR and HPV vaccines. [RELATED: Discover 10 outrageous but true facts about vaccines that the CDC and vaccine industry don’t want you to know.]

The fact is, our medical history is personal, private and sensitive, and we have the right to expect that these records be kept private.