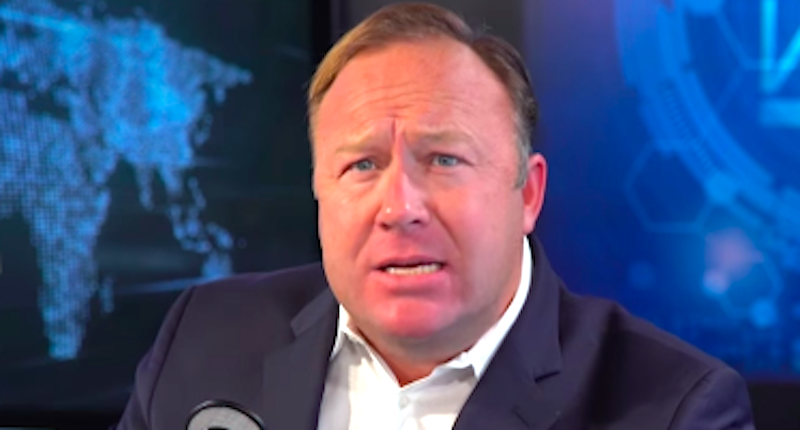 If there’s one thing about me it’s that I do what I say I’m going to do and I don’t double cross. It’s not going to be some gotcha hit piece, I promise you that… You just trust me. -Megyn Kelly

NBC aired Megyn Kelly’s controversial interview with Infowars host Alex Jones Sunday night, and the best the network was able to cobble together after an 8 hour interview was a flaming dumpster of highly edited spin. During the 20 minute exposé, 10-20 second clips of Jones and Kelly were used to segue into propagandized vignettes attacking various topics the Infowars host has reported on over the years – ultimately tying Jones to Donald Trump in an effort to undermine the President. To help Kelly peddle this fiction, NBC even wheeled Tom Brokaw out to triage Kelly’s diced up yellow journalism.

Lol this Megyn Kelly interview with Alex Jones is a 100% hit piece.

And even after receiving fierce criticism and being called out by Jones prior to airtime for lying about his position on the Sandy Hook massacre, NBC and Kelly shamelessly trotted out the parent of a child killed in the mass shooting to share his horror.

Meanwhile, Jones is calling on NBC to release the full, unedited tapes of the interview.

Infowars recorded the interview as a safeguard whereby, once again, MSM could be exposed as #fakenews

What did Megyn Kelly actually accomplish?

Most of the ravenous left already hate Jones – but millions of curious Americans who haven’t been introduced to the Infowars host are now going to check out his platform. And what will they find? Firebrand red-pilled journalists like Paul Joseph Watson and the rest of the crew, Harvard PhD. Jerome Corsi, and frequent guests who have been deep inside government like Roger Stone and Dr. Steve Pieczenik.

And why will Jones receive millions of new readers, listeners, and watchers thanks to Megyn Kelly? Because free thinking people don’t trust the MSM anymore – especially after the 2016 election. Thanks to the internet and the relatively free flow of information, people know about all the fake news spewing out of the MSM.

From Blue screened Iraq war coverage, to the enraged protestor who turned out to be a camera man, to that reporter in the canoe covering the ‘flood‘ – people are wise to all the fiction peddled by the MSM. People aren’t buying it! And thanks to Wikileaks we know about the MSM’s  dinners at John Podesta’s house and other close ties to liberal politics.

As the saying goes – there’s no such thing as bad publicity, and when Megyn Kelly and NBC decided to shotgun blast America with a diced up hit-piece on Alex Jones, they didn’t count on people seeing right through their bullshit. At the end of the day, the Megyn Kelly interview was nothing more than a gigantic advertisement for Infowars. Oops!

Megyn Kelly produced a hit piece against @RealAlexJones and it backfired. People will now flock to @infowars. #JonesvKelly