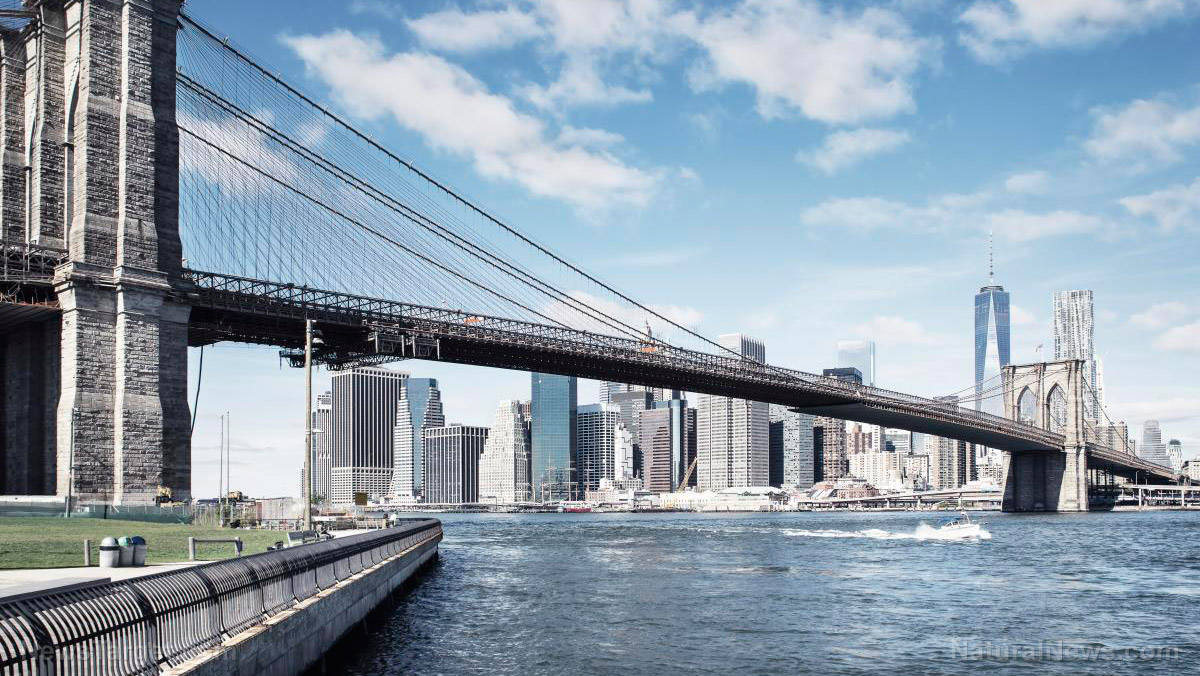 A new video has begun circulating the internet that claims New York City will soon be under several feet of water because of the recent decision by President Trump to withdraw the United States from the Paris Climate Accord.

A duo from France known as “Claire and Max” apparently used Photoshop and three-dimensional simulation software to depict water flowing throughout every street in the Big Apple. Set to foreboding music and random news clips that mention the words “global warming,” the roughly four minutes of footage presents itself as a factual prediction of what will definitively occur within the next few decades.

The video makes no mention of the fact that countries like China and India will still be allowed to continue polluting under the Paris Climate Accord, and at levels far beyond what America currently produces apart from the agreement. In fact, it presents nothing whatsoever in the way of hard evidence to support any of its wild and unsubstantiated insinuations.

Somehow, foregoing our national sovereignty and paying carbon taxes to a small clique of international elite is the only way to save New York City from the dreadful future that the video predicts. And no, this isn’t a joke, nor is it satire – the creators of the video are dead serious about the message they’re trying to convey.

“We are concerned with global warming, and the rising waters is only one representation among others of global warming,” video co-creator “Max” told the DailyMail Online. “We considered this video as an alert so that people become even more aware of the danger.”

Entitled “Two °C” – referring to the two degrees Celsius that some scientists say is all it will take for water levels to rise and flood places like New York City – Claire and Max’s video production is just low-hanging fruit to fuel more rage against the President. Worse, it’s not even scientifically accurate, as water levels would only rise a few inches, if at all, in the event that polar ice caps end up melting at the rates predicted by some scientists.

It’s been repeatedly shown, though, that such a scenario is highly unlikely – or at least, it’s not likely to happen because of human activity. The everyday “breathing” movements of volcanoes, for instance, contribute far more “warming” gases into the atmosphere than human activities – to the tune of billions of tons of carbon dioxide annually. Add to this trees and plants that emit CO2 24 hours a day, seven days a week, and anything humans are contributing simply pales in comparison.

But facts don’t seem to sell very well when it comes to public angst over hot-button issues like climate change. Looking for solace following the Paris Climate Accord decision, the millions of misinformed, triggered Trump-haters will surely get a rise out of this new short film, regardless of its accuracy.

Interestingly enough, the Intergovernmental Panel on Climate Change (IPCC), a strong advocate of the global warming myth, doesn’t even agree with the footage. The group predicts far lower increases in water levels by 2100, but Claire & Max are insistent that they’re better informed about the situation and that the general public should trust them first and foremost.

“The IPCC, an intergovernmental panel of experts on climate change, predicted an average increase of 1 meter by 2100: their model underestimated the melting of the ice,” the two wrote in a blog posting. “For James Hansen [one of the American researchers], these 2° would still remain dangerous because it integrates in its recent models the melting of the ice: it estimates an increase of 5 to 9m by 2080.”