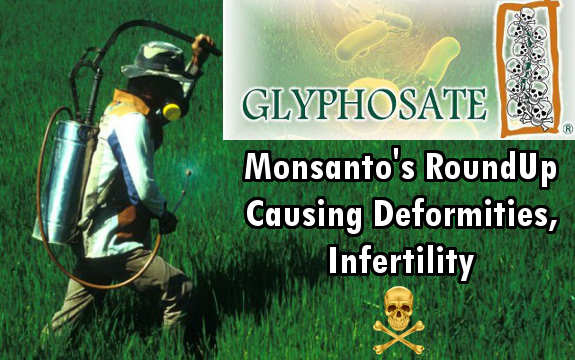 In a significant victory for consumer safety — and a devastating blow to Monsanto — California’s Office of Environmental Health Hazard Assessment (OEHHA) has declared that glyphosate weed killer is a known, cancer-causing carcinogen that will be added to the scope of Proposition 65.

Glyphosate weed killer, also sold under the Roundup brand name by Monsanto, is identified by California under CAS #107-83-6, which lists “cancer” as a known endpoint, and invokes “LC” (Labor Code) as the justification for the categorization.

“The listing is the latest legal setback for the seeds and chemicals company, which has faced increasing litigation over glyphosate since the World Health Organization’s International Agency for Research on Cancer said that it is “probably carcinogenic” in a controversial ruling in 2015,” reports Reuters, which has a pro-GMO bias. “Dicamba, a weed killer designed for use with Monsanto’s next generation of biotech crops, is under scrutiny in Arkansas after the state’s plant board voted last week to ban the chemical,” Reuters added.

Beginning July 7th, retailers in California must add cancer warning labels to glyphosate products. Unfortunately, cancer warnings will not be required on foods sprayed with glyphosate or grocery products saturated with the cancer-causing herbicide. Many non-GMO crops such as wheat and barley are currently sprayed with glyphosate to speed their drying in the fields before harvest. This means that glyphosate contamination is now commonly found even on crops that are not genetically engineered, and it’s now a common contaminant in non-organic wheat products such as cereals, breads and muffins.

Monsanto sued California to try to stop the listing, but failed

Monsanto has already sued the OEHHA in an effort to block the Prop 65 listing, and a court appeal is currently pending (case number F075362 in the Fifth District Court of Appeal). California’s OEHHA website states:

Monsanto’s challenge was unsuccessful in the trial court.  Although the case has been appealed, no stay of the listing has been granted. Therefore, glyphosate is being added to the Proposition 65 list on July 7, 2017.

During Monsanto’s related lawsuits in California, documents were released that showed Monsanto spent millions of dollars to attack and defame anti-GMO activists including the Food Babe and the Health Ranger, both advocates of clean food and opponents of glyphosate herbicides. The Food Babe has even submitted a FOIA request to gather more evidence of collusion and unscrupulous “negative P.R.” activities pursued by Monsanto. The California-based group U.S. Right to Know was instrumental in unearthing the leaked email documents that revealed the sinister tactics of what has now become known as the “Monsanto Mafia.” According to USRTK, there are currently 91 lawsuits pending against Monsanto in San Francisco alone, “filed by people alleging that exposure to Roundup herbicide caused them or their loved ones to develop non-Hodgkin lymphoma, and that Monsanto covered up the risks. The cases have been combined as multidistrict litigation under Judge Vince Chhabria. The lead case is 3:16-md-02741-VC. Additionally, at least 1,100 plaintiffs have made similar claims against Monsanto in state courts.”

Monsanto’s science shills include Neil deGrasse Tyson who narrated a 2017 pro-Monsanto film called Food Evolution which spread the false claim that glyphosate-saturated genetically engineered foods are safe to consume in unlimited quantities. In that effort, Neil deGrasse Tyson joined the propaganda messaging of Jon Entine, a discredited psychopath and violent wife abuser best known as a biotech industry “character assassin” who was fired by Forbes.com after being exposed as a psychopath by a Natural News investigation. Alongside Jon Entine, Keith Kloor is also a known shill for the sleazy biotech industry, and fake science TV actor Bill Nye has even joined the propaganda parade.

The mounting number of lawsuits against Monsanto for its cancer-causing Roundup herbicide is increasingly looking very similar to the lawsuits against Big Tobacco that coalesced in the 1990s. In fact, many of today’s Monsanto propagandists and industry shills were also bought-and-paid-for P.R. operatives for the tobacco industry, which spent decades in total denial over the link between cigarette smoke and cancer.

Read more breaking news on pesticides and herbicides at Pesticides.news.