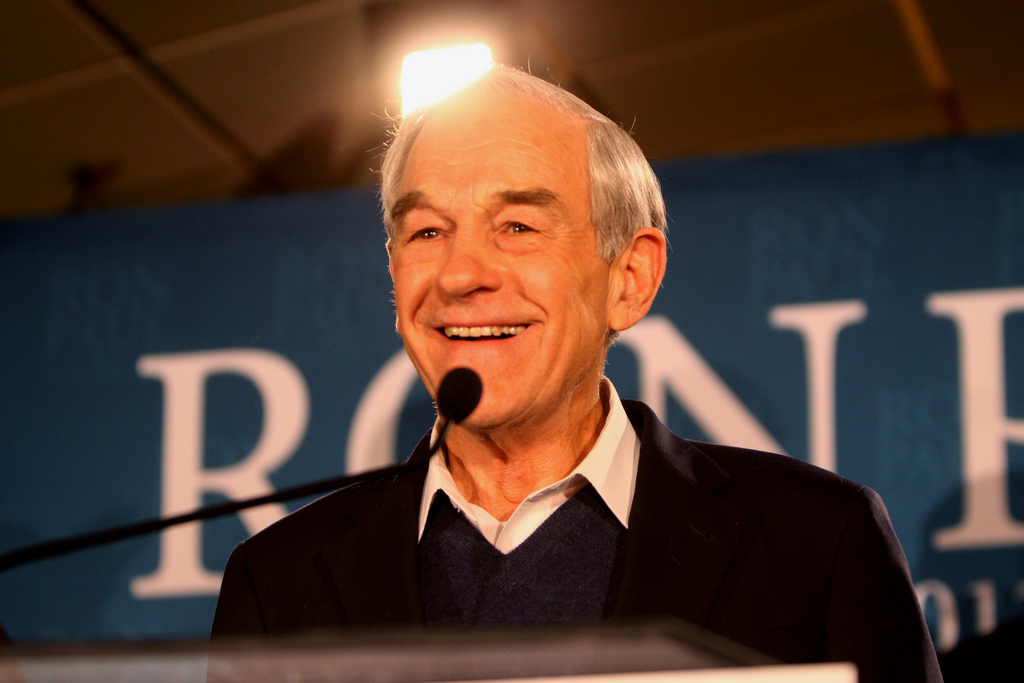 Every year when it comes time for Americans to pay their federal income taxes, most don’t even bat an eye. That’s because almost nobody alive today remembers a time when federal income taxes didn’t exist. But believe it or not, Americans kept their entire paychecks prior to 1913 (the year the Federal Reserve was born), and former presidential candidate Ron Paul wants to see a return to this pre-1913 America.

A tried-and-true constitutionalist, Paul has been advocating for the abolishment of the Federal Reserve – and it’s enforcement arm, the IRS (Internal Revenue Service) – for decades. When he was running for president, Paul made a point of emphasizing that what America needs isn’t tax reform or even tax cuts, but tax elimination in the form of no more federal income taxes, period.

When asked at a January 16, 2012, debate in South Carolina what the federal income tax rate should be, none of the Republican candidates in the running besides Paul even hinted at abolishing it altogether. Newt Gingrich said 15 percent; Rick Perry said 20 percent; Rick Santorum said 28 percent, and Mitt Romney said 25 percent. But Paul, staying true to his principles, stated:

Federal income taxes are a fraud

While they were originally enacted temporarily to help cover the costs of war, federal income taxes today have become a permanent fixture, despite strict constitutional limits on the federal government’s power. Even later on when the 16th amendment is said to have been ratified (there’s debate over whether or not this legitimately happened), the tax rate was almost negligible.

Folks making incomes of up to $20,000 per yer were taxed on one percent, however there were considerable exemptions from the tax that protected virtually all middle-class Americans from having to pay it. It was nothing like the tax system we have today, where most people pay a significant portion of their incomes to the government – “voluntarily,” of course.

Then there’s the convoluted IRS tax code, which is now more than four million words long. Americans are forced to spend roughly $6 billion annually just to comply with it, as understanding all of its tenets in their proper context basically requires a team of tax lawyers.

And no, the solution isn’t to create a “fair tax,” as some politicians are now suggesting. While doing so would eliminate the need for the IRS and greatly simplify the process, it would still allow the federal government to financially rape and pillage the citizens of the 50 states by forcing them to pay taxes that they shouldn’t have to pay.

“One thing is clear: The Founding Fathers never intended a nation where citizens would pay nearly half of everything they earn to the government,” says Paul. “[And] when I say cut taxes, I don’t mean fiddle with the code. I mean abolish the income tax and the I.R.S., and replace them with nothing.”

Paul’s no-nonsense approach to eliminating the federal income tax is one of the big reasons why he didn’t really stand a chance at becoming president. Along with his relentless condemnation of the private Federal Reserve, which is another corrupt entity that shouldn’t exist, Paul stood at odd with the globalist cabal that profits immensely from taxing the incomes of Americans.

There was a time when President Trump seemed to understand the need to do something about this mess. But so far, there’s no indication that he plans to take anything close to the approach that Ron Paul would have, had he been elected president.