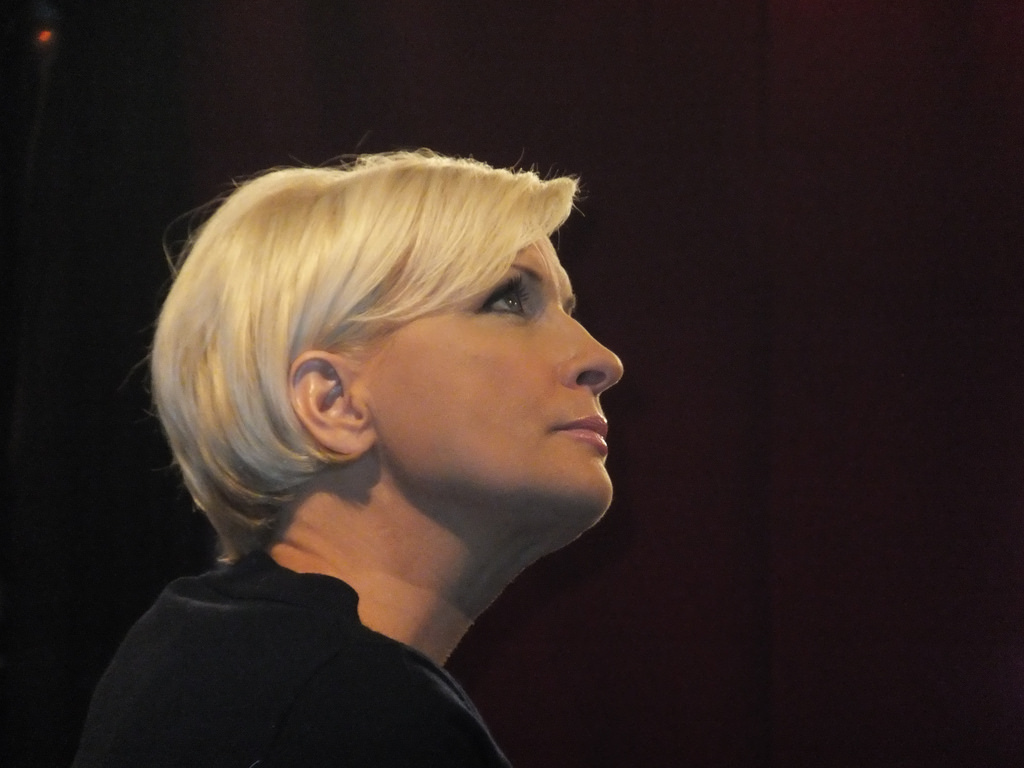 If you’ve paid any attention at all to cable news or online political coverage you know that the latest media “outrage” at President Donald J. Trump is over a series of tweets earlier this week in which it is claimed that he “attacked” MSNBC morning show co-hosts Joe Scarborough and Mika Brzezinski.

What was particularly galling to the “dish-it-out-but-can’t-take-it” establishment media was Trump’s targeting of Brzezinski, in which he commented on her intellect and past physical appearance.

“I heard poorly rated @Morning_Joe speaks badly of me (don’t watch anymore),” Trump tweeted. “Then how come low I.Q. Crazy Mika, along with Psycho Joe [Scarborough,] came to Mar-a-Lago 3 nights in a row around New Year’s Eve, and insisted on joining me. She was bleeding badly from a face-lift. I said no!”

What in the world? Has Trump lost his mind, for real? Where’d this all come from?

That’s easy: The tweets by Trump and Scavino came in direct response to things Brzezinski and, to a lesser extent, Scarborough, had said earlier on their program, “Morning Joe.”

[The couple is engaged to be married, by the way, so no conflict of interest there. And here’s a fun fact: Trump even offered to officiate it, an offer which Miki declined].

The segment took aim at a fake Time magazine cover featuring Trump that hangs at several of Trump’s golf clubs and properties, according to The Washington Post.

“Nothing makes a man feel better than making a fake cover of a magazine about himself lying every day and destroying the country,” Brzezinski said.

Brzezinski also said Trump was covering his hands on the fake Time cover “because they’re teensy.”

The ‘small hands’ remark has been used by Trump haters to make insinuations about the size of his, shall we say, manhood.

And in that vein, Brzezinski followed up Trump’s tweets with another small hands reference — a tweet featuring a picture of a box of Cheerios with the words, “Made For Little Hands.”

For some years, Trump had a good relationship with the MSNBC co-hosts. They were all friendly before the billionaire businessman made the decision to run for president. Initially, the pair supported his candidacy, but — likely due to pressure from the Trump-haters who run the network — they turned on him and have heavily mocked and criticized him since.

Of Trump’s tweets, a spokesman for MSNBC told Business Insider that “it’s a sad day for America when the president spends his time bullying, lying, and spewing petty personal attacks instead of doing his job.”

Well, it’s also been a sad several months for MSNBC and the rest of the “mainstream” media, all of whom are still so angry that Trump beat their beloved Hillary Clinton that they have become overcome with Trump Derangement Syndrome. (RELATED: Top CNN political contributor now admitting the Trump-Russia narrative is a big hoax: Network credibility collapse continues)

That is especially true of Scarborough and Brezinski, who — according to this Rolling Stone interview and timeline — said they considered voting for Trump at one time, but decided that “the last straw” came over his “Muslim ban” [which is a crock, considering that Trump has never intended to “ban Muslims,” just people who happen to live in a half-dozen terrorist hotbeds… he doesn’t want the U.S. to end up being perpetually attacked like Europe].

The fact is, simply, this: The disgustingly dishonest, discredited establishment media has never encountered a ‘foe’ like Trump. He doesn’t quit, he doesn’t retreat, and he fights back — which is precisely why tens of millions of Americans voted for him.

Is Trump ‘over the top?’ Probably, but that’s his personality. He built his brand partially on that personality.

It’s just ludicrous to now hear people in the media complain about it, when they have known all along that’s who he is.