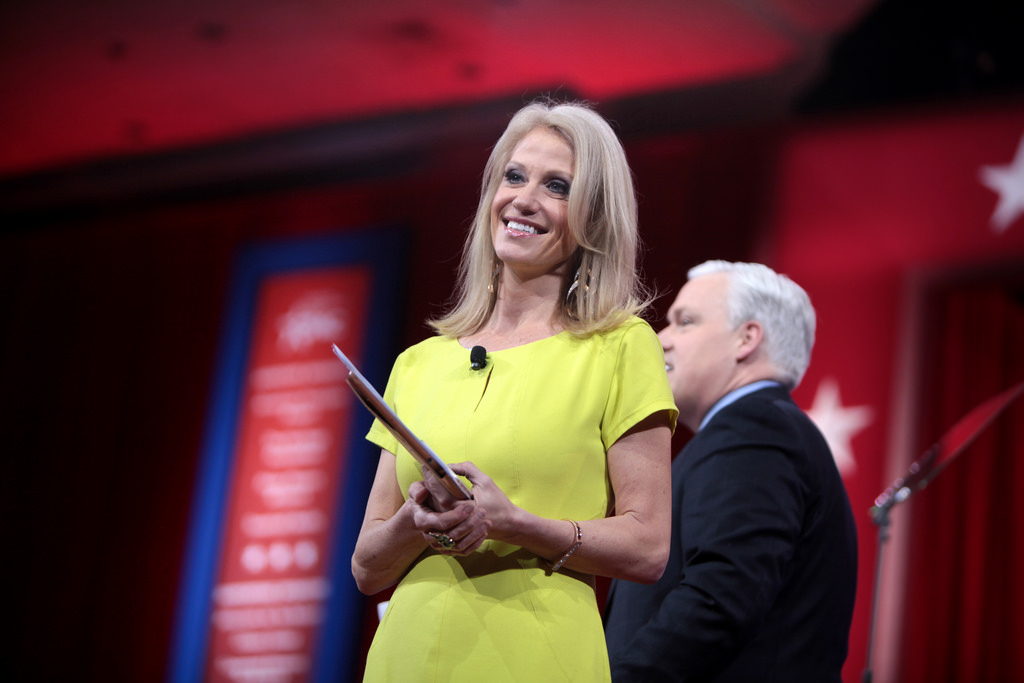 After a week in which CNN has been completely outed as fake news propaganda mill and a pair of MSNBC hosts as blatant hypocrites, presidential counselor Kellyanne Conway said in an exclusive interview with The Daily Caller she and Donald J. Trump are not serving “the one percenters” but are there for Americans who are really suffering.

In dissecting the constant hate from the discredited, dishonest “mainstream” media, Conway blasted CNN for being crippled by Trump Derangement Syndrome, which is pervasive throughout the network’s office culture.

Conway spoke with The Daily Caller after James O’Keefe and Project Veritas released a video showing a producer for CNN’s Chris Cuomo saying that Conway “looks like she was hit with a shovel” and calling her an “awful woman.”

“On this guy from CNN, it’s part of a culture where it’s accepted if not applauded to ridicule the President of the United States and his senior staff. And I’m sure people at CNN are hoping that the long holiday weekend, and as many of them have described to me that the ‘lowly junior status’ of this fellow, is supposed to fade into the Independence Day fireworks,” she said. (RELATED: Trump’s Mika tweet over the top? What about ALL her media attacks on the president?)

“It is symptomatic of a culture whether it’s the screaming lower third (of the TV screen) or the constant merciless attacks on the president and his senior staff,” she continues in the exclusive with The Daily Caller. “In many ways he (CNN producer Jimmy Carr) was just joining in on the fun. I’m waiting, waiting, waiting for someone there to stand up and express their outrage at a high-ranking woman at the White House being talked about in such ways.”

In the undercover video, Carr also calls American voters “stupid as s**t,” a possible reference the fact that more voters in a majority of states chose Trump instead of Hillary Clinton, a wholly corrupt product and figure of the establishment swamp Trump and his administration seek to vanquish.

For her part, Conway also had some words for “Morning Joe” co-host Mika Brzezinski, whom she implied was being hypocritical in her criticism of some recent Trump tweets describing her as “low I.Q.” and “bleeding from a facelift” when she and Scarborough attempted to see him at his Mar-A-Lago resort New Year’s Eve. [On Friday, primary host Joe Scarborough admitted that his bride-to-be “did have a little skin under her chin tweaked, but this was hardly a state secret,” The Daily Caller reported.]

Conway noted that Brzezinski has routinely been critical of women who supported Trump and continues to do so.

The media covered Trump’s tweets as just the latest example of his so-called ‘pattern of sexist comments.’ Conway, however, dismissed those allegations, then said that the “Morning Joe” co-host herself has a history of singling out Trump-supporting women.

She then noted that she and the president — and his entire team — are not there to talk about media-generated hysteria surrounding Trump’s tweets regarding Brzezinski and Scarborough because that’s “a one-percenters conversation too.”

“Let’s be frank here, it’s a one-percenter’s conversation,” she told The Daily Caller. “I’m here for those people who need help, the women have no jobs, no healthcare, struggling with opioid addiction, whose kids have been murdered by illegal aliens who hadn’t been deported, had felony convictions — I’m here for all them, as is the president.”