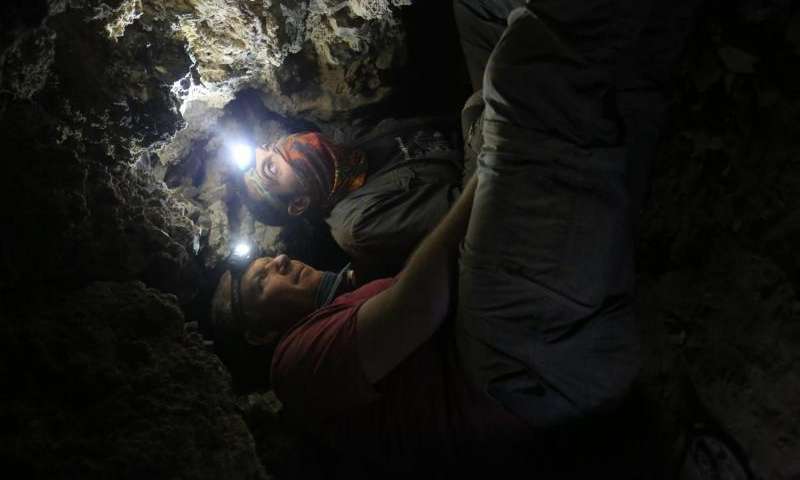 An excavation site in Jiaojia village in eastern China’s Shandong province near Jinan City, which had been known to be around 5,000 years old, was recently discovered to house men who were considered “giants” by ancient (5,000 years ago) standards.

The corpses, which came from the Longshan culture during the late Neolithic civilization and were dug near the lower reaches of the Yellow River, measured from around 5 foot 11 inches to 6 foot 3 inches. The Longshan culture got its name from Mount Longshan, which was located in Mount Zhangqiu District near Jinan City. One of the men that was dug up reportedly measured 6 foot 2 inches.

“This is just based on bone structure. If he was a living person his height would certainly exceed 1.9 meters (6 foot 2 inches),” Shandong University’s school of history and culture head Fang Hui said in an interview with China Daily.

The bodies’ heights can be attributed to better skills in hunting and picking food, or a higher rank in society, which allowed better access to food and nutrition.

“Already agricultural at that time, people had diverse and rich food resources and thus their physique changed,” Fang added. (Related: Scientists discover nearly-extinct ancient tribe that ritually poisons its own food and trashes its ecosystems (but there’s a catch).)

Breakage in the head and leg bones of some of the bodies was evident, which was attributed to physical violence among the members of the civilization’s ruling class. Pig bones and teeth, and colorful pottery and jade articles were also uncovered from some graves, lead archaeologist Wang Fen said.

“Further study and excavation of the site is of great value to our understanding of the origin of culture in east China,” Shandong provincial bureau of cultural heritage deputy head Zhou Xiaobo.

Shandong locals believe that height is one of their fine physical qualities. For instance, Chinese philosopher Confucius, who was from the region, was said to tower at 6 foot 2 inches. In 2015, the average height of males who were aged 18 in Shandong province was 5.75 feet, which is slightly higher than the national average of 5.64 feet.

In a related development, the remains of a “giant” who was said to have existed between 224 A.D. and 651 A.D. during the reign of the Sasanian empire was uncovered in Iran earlier this year. The corpse, which was that of an elderly man, was said to tower at 6 foot 5 inches.

According to studies of human remains during that era (500 A.D.), the average person would have only been 5 foot 2 inches tall.

Our world is filled with exciting facts still waiting to be discovered. Keep track of the latest studies when you visit Scientific.news.