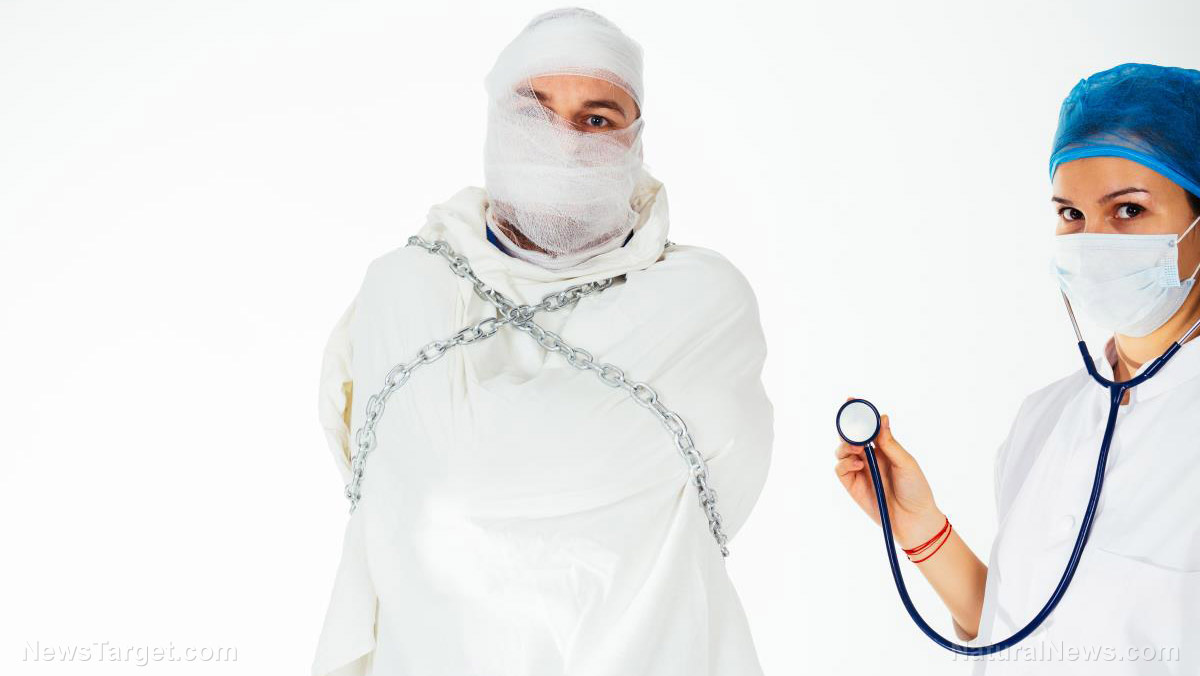 Last week Democrats increasingly frustrated with being out of power and tired of seeing the president survive assault after assault — the by media, by the Deep State, and by their party — showed just how serious their Trump Derangement Syndrome really is.

As noted by The National Sentinel, Rep. Jamie Raskin, D-Md., who — unbelievably — teaches “constitutional law” at American University in his spare time, has other members of his party supporting a bill he will try to introduce that would require Congress to authorize the convening of a panel of psychiatrists and other doctors for the purpose of determining Donald J. Trump’s mental fitness for office of the president:

Under provisions of the 25th Amendment, a president can be removed from office if he self-determines he is unable to continue to discharge his duties, or if the vice president and a majority of the president’s Cabinet, “or of such other body as Congress may by law provide,” make the determination.

The bill would instruct the four Democratic and Republican leaders of the House and Senate to each select a psychiatrist and another physician. Also, each part would add a retired statesman to the panel, like a president or vice president (gee — who do you think the Democrats already have in mind?).

The group of 10 would meet and then choose an 11th member, who would serve as the panel’s chairman.

Once the group is officially seated, the House and Senate could direct it through a joint resolution to conduct an actual examination of the president “to determine whether the president is incapacitated, either mentally or physically,” according to the Raskin bill.

“What’s ironic is that the Dem-led effort to prove Trump is mentally unfit is being driven by a truly unhinged and irrational hatred of the president,” The National Sentinel noted. (RELATED: Trump trolls CNN with tweet showing him “wrestling” and beating down the network, as the Left once again predictably freaks out)

Former presidential contender and Democratic U.S. Rep. Dennis Kucinich seems to agree. In an interview Tuesday on Fox News’ “Fox & Friends” program, he said of the effort: “It’s a political statement, not a medical statement. I think it’s destroying the party as an effective opposition.”

He then said that it was apparent some members of his party are still not able to “reconcile” the results of the November election, after Trump handed Democratic nominee Hillary Clinton her second presidential loss.

“What’s happening here is not good for the country,” said Kucinich.

The bill establishes an “Oversight Commission on Presidential Capacity,” which would be charged with carrying out a “medical examination of the President to determine whether the President is mentally or physically unable to discharge the powers and duties of the office.”

Under the bill’s provisions, said determination would be made if the “Commission finds that the President is temporarily or permanently impaired by physical illness or disability, mental illness, mental deficiency, or alcohol or drug use to the extent that the person lacks sufficient understanding or capacity to execute the powers and duties of the office of President.”

The measure references the 25th Amendment, which says the vice president would assume the Oval Office when the president is declared by himself or a majority of his Cabinet that he is “unable to discharge the powers and duties of his office.”

The bill isn’t likely to go anywhere, however: It would have to pass the GOP-controlled Congress, which no doubt also sees this as little more than an act of desperation by a desperate party, and then be signed by the very president the bill seeks to unseat.