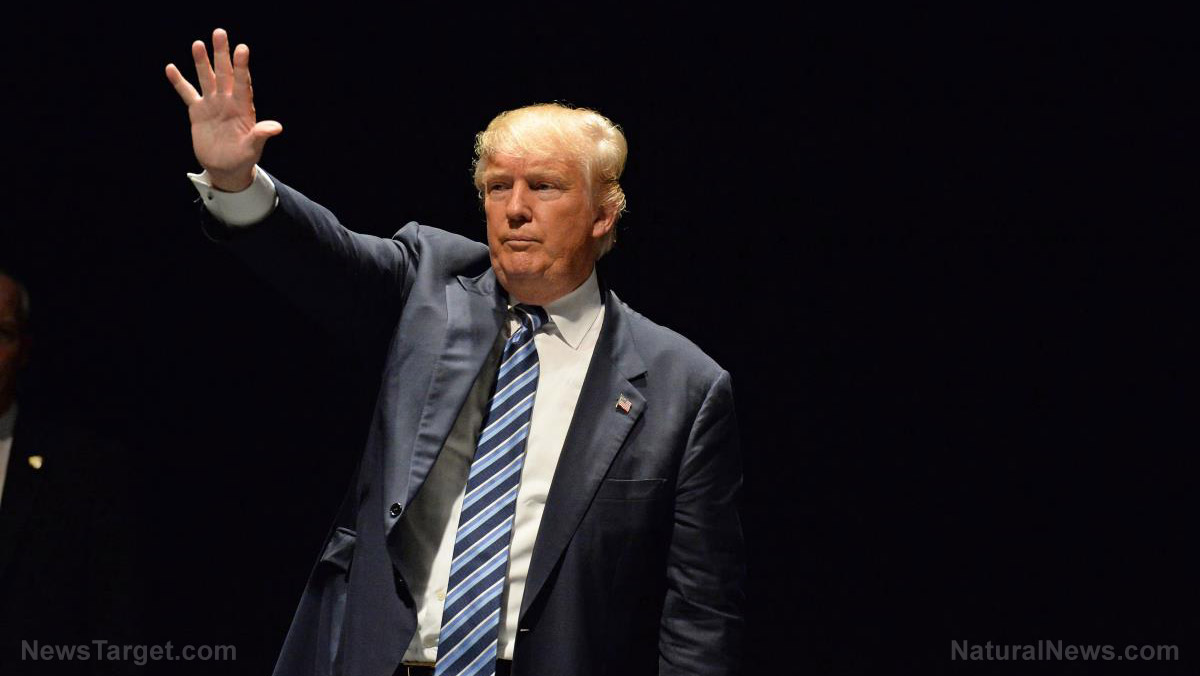 As the #nevertrump-ers in Washington continue to perpetuate the lie that Donald Trump Jr.’s meeting with a Russian lawyer a year ago he believed was associated with the Kremlin is the textbook definition of “treason,” it is worth noting that Democrats have ‘colluded’ with a man known to have offered up Russia-supplied propaganda for use against the president and his administration.

As reported by the Washington Times, Democrats have repeatedly utilized information contained in a bogus, fully-debunked 35-page “dossier” assembled by ex-British spy Christopher Steele to attack Trump, his White House, and his family.

The paper noted that Steele, who was hired by the Democrat-aligned firm Fusion GPS for the specific purpose of digging up “Russia” opposition research on Trump, has admitted that the Kremlin was involved; the Times reported that “his unproven charges came almost exclusively from sources linked to the Kremlin and Russian President Vladimir Putin.”

As the paper noted further:

Some Democrats have widely circulated the discredited information. Mr. Steele was paid by the Democrat-funded opposition research firm Fusion GPS with money from a Hillary Clinton backer. Fusion GPS distributed the dossier among Democrats and journalists. The information fell into the hands of the FBI, which used it in part to investigate Mr. Trump’s campaign aides.

And ever since then, despite the fact that Steele himself has said the dossier is bogus, Democrats have repeatedly used it to justify attacking the president, his family and his inner circle.

“If anyone colluded with the Russians, it was the Democrats,” a former Trump campaign adviser, who asked not to be identified because of pending investigations, told the Times. “After all, they’ve routinely shopped around false claims from the debunked Steele dossier, which listed sources including senior Kremlin officials.

“If anyone should be investigated in Washington, it ought to be Adam Schiff, Eric Swalwell, Mark Warner and their staffers,” the campaign advisor said, alluding to Rep. Adam B. Schiff of California, the top Democrat on the House Permanent Select Committee on Intelligence; Sen. Mark R. Warner, Virginia Democrat and vice chairman of the Senate Select Committee on Intelligence; and Rep. Eric Swalwell, a California, Democrat on the House intelligence panel. (Related: Did the Deep State plan it’s bogus “Russia narrative” to discredit Trump because they believed all along he would BEAT Hillary Clinton?)

Let’s start with the presidential campaign of Hillary Clinton. Yahoo News published a story citing “intelligence sources” claiming that Trump attorney Michael Cohen attended a meeting with Russian agents in Prague, Czechoslovakia, to assist in covering up Moscow’s “hacking” of DNC computers and Clinton campaign chief John Podesta. Cohen has said he has never been to Prague and in fact, was in California at the time he was supposed to have been meeting with “Russians.”

But that didn’t stop the Clinton campaign from citing the meeting anyway in a press release very shortly after the Yahoo News story was published. Another ancillary Trump campaign figure, Carter Page, who was also accused in the dossier of a series of Russia-related crimes, believes the Clinton campaign relied on it to produce its release.

There are other examples:

— Even before the Yahoo story was published, then-Senate Minority Leader Harry Reid of Nevada cited the dossier as reason enough to press then-FBI Director James Comey to investigate Page for making trips to Moscow, where he allegedly “met with high-ranking sanctioned individuals.” Except, Page never did meet said individuals.

— Rep. Joaquin Castro of Texas, another Democrat on the House Intelligence Committee, applauded Steele’s Kremlin sourcing. “I want to take a moment to turn to the Christopher Steele dossier, which was first mentioned in the media just before the election and published in full by media outlets in January,” he said. “My focus today is to explore how many claims within Steele’s dossier are looking more and more likely, as though they are accurate.”

— Andre Carson, Indiana Democrat, said: “There’s a lot in the dossier that is yet to be proven, but increasingly as we’ll hear throughout the day, allegations are checking out.”

The point is, the “case” against Don Jr. is a nothing burger. No information was passed, and he has explained that all he sought to do was take a meeting to hear about some alleged opposition research, which did not materialize. So there’s still no evidence of Trump-Russia “collusion.”

But there is plenty of evidence of Democrat-Russia collusion.