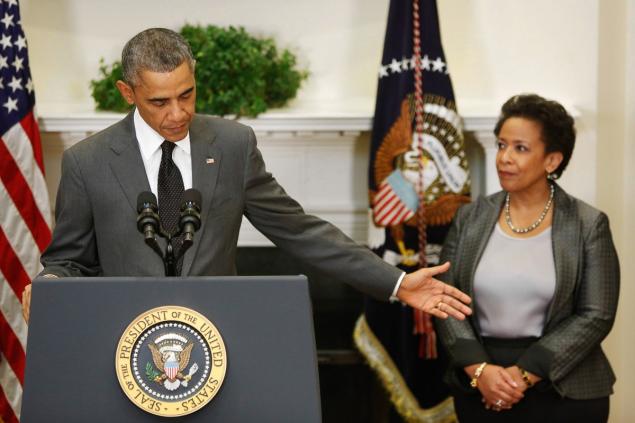 New details have emerged surrounding the mysterious Russian lawyer who met with Donald Trump Jr. at Trump Tower a year ago, suggesting her presence in the U.S. may have been part of a larger political operation.

The lawyer, Natalia Veselnitskaya, met with Trump Jr., then-Trump campaign manager Paul Manafort and Donald J. Trump’s son-in-law, Jared Kushner, for what Don Jr. expected would be a meeting to receive potentially damaging information about his father’s rival, Democratic challenger Hillary Clinton. Prior to the meeting, reports noted, Veselnitskaya was portrayed as being tied to the Russian government.

But how did she get into the U.S. to see Don Jr. in the first place? That’s where the story takes a new twist. (RELATED: SHOCKER: Obama Justice Dept. let into U.S. the Russian lawyer before she met Trump Jr.)

As reported exclusively by The Hill, the Obama Justice Department, then led by Attorney General Loretta Lynch, granted Veselnitskaya special permission allowing her entry without a visa, after she had been denied entry prior:

In addition, Veselnitskaya — who is said to be unable to speak English — also took part in a pro-Russia lobbying effort at the Newseum in Washington, D.C., where supporters showcased a movie challenging the basis of the Magnitsky Act, a human rights law signed by President Obama in 2012 that angered Russian President Vladimir Putin, who has since tried to get it repealed. The law put in place financial restrictions and other sanctions on Russia for claimed human rights abuses tied to the death of a Russian lawyer who was said to have uncovered massive fraud under Putin.

As a result of the U.S. law, Russia banned Americans from adopting Russian children.

In any event, the conditions under which Veselnitskaya entered the country are the most interesting aspect of this new development:

— In an interview with NBC News this week, she said she had no Kremlin connections, and that her purpose for seeing Don Jr. was to lobby for overturning the Magnisky Act — not to provide the Trump campaign with dirt on Clinton, as Don Jr. was originally told in a series of emails he has released.

— That differs, however, from the very narrow reason under which the Obama administration gave for allowing her into the U.S. in late 2015, per federal court records. The Moscow-based attorney was turned down for a visa for lawful entrance into the U.S., but then was given special immigration “parole” by then-Attorney General Loretta Lynch “for the limited purpose of helping a company owned by Russian businessman Denis Katsyv, her client, defend itself against a Justice Department asset forfeiture case” in New York City, The Hill reported.

“The court record indicates the presiding judge asked the Justice Department to extend Veselnitskaya’s immigration parole another week until he decided motions in the case. There are no other records in the court file indicating what happened with that request or how Veselnitskaya appeared in the country later that spring,” The Hill reported.

The news site noted that officials with the U.S. Attorney’s office in New York City confirmed that she was allowed into the country on a grant of immigration parole from October 2015 until early January 2016; however, no one at the Justice Department or the State Department could explain how it was she remained in the country until June for her meeting with Don Jr., as well as the other events she attended in the nation’s capitol.

Nothing is as it seems in this “Trump-Russia collusion” narrative, is it? But it doesn’t surprise us that, somehow and some way, the Obama administration was involved.