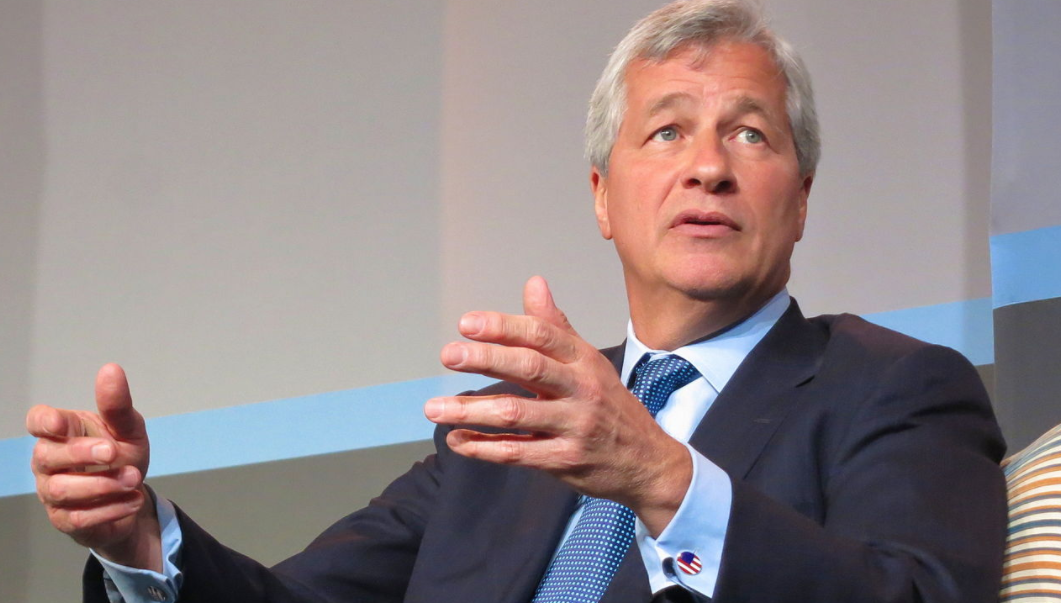 These and other issues are emblematic of a dysfunctional Congress in which both Democrats and Republicans (though the latter more so) are guilty, says outspoken JPMorgan Chase CEO Jamie Dimon on Friday.

And it’s precisely all of this other “stupid s**t” that is preventing lawmakers from passing President Donald J. Trump’s pro-growth agenda. (RELATED: Trump to GOP Senate: ‘I’m waiting’ to sign Obamacare repeal; where is it?)

“It’s almost an embarrassment to be an American citizen traveling around the world and listening to the stupid s— we have to deal with in this country,” Dimon said in response to a question from an analyst, as reported by CNBC.

“Since the Great Recession, which is now eight years old, we’ve been growing at 1.5 to 2 percent in spite of stupidity and political gridlock, because the American business sector is powerful and strong,” he added. “What I’m saying is that it would be much stronger growth had we made intelligent decisions and were there not gridlock.”

In making his assessment, Dimon referenced trips he’s made recently to countries like France, Ireland, Israel and Argentina, adding that the United States has devolved into “one of the most bureaucratic, confusing, litigious societies on the planet,” which is “hurting the average American that we don’t have these right policies.”

Despite the Republican majority in Congress, Washington has been caught in gridlock over a new health care bill, which is seen as a precursor to passing new legislation on tax reform. The Senate this week cut short its August recess by two weeks in order to deal with the debate.

In short, there shouldn’t be any gridlock when the same party — with ostensibly the same political and policy objectives — controls all of Congress and the White House, which is the entire lawmaking/policy making process.

In terms of a lack of real growth, serious economists will tell you that Obama is the chief culprit. As noted by Joel Griffith, an economics research associate at The Heritage Foundation, in 2015, the culmination of Democratic politics and his policies became the poster child for slow-, low-, and no-growth:

The federal minimum wage rate was raised by more than 10 percent. Then came ObamaCare and its new regulations and costs on employers for mandated health care. Next were the tax increases on the rich. The Environmental Protection Agency went on a regulatory search and destroy mission against American fossil fuels producers – and that mission continues unabated to this day.

By comparison, the combination of the GOP-controlled Congress and a Republican president were to serve as the antithesis of disastrous Obama-era economics. But so far, tens of millions of Americans — and Dimon — have watched in amazement and anger as virtually nothing has been done to break down the long-standing barriers to growth. Worse, most lawmakers seem enamored with the processes of Washington rather than fixated on problem-solving.

Trump was largely elected on his promise to rebuild America’s economy — via improving its infrastructure, making better trade deals, bringing back jobs, reducing burdens on companies — and thus far, he’s done as much as he can as head of the Executive Branch.

But he can’t do it all alone. He must have action from Congress — not more investigations into phony allegations contained in a made-up “dossier” or broken promises to repeal destructive legislation.

“I was just in France, I was recently in Argentina, I was in Israel, I was in Ireland,” Dimon said, where “we met with the Prime Minister of India and China. It’s amazing to me that every single one of those countries understands that practical policies to promote business growth is good for the average citizens of those countries, for jobs and wages, and that somehow this great American free enterprise system, we no longer get it.”

That’s what happens when our congressmen and women are too focused on “stupid s**t.”