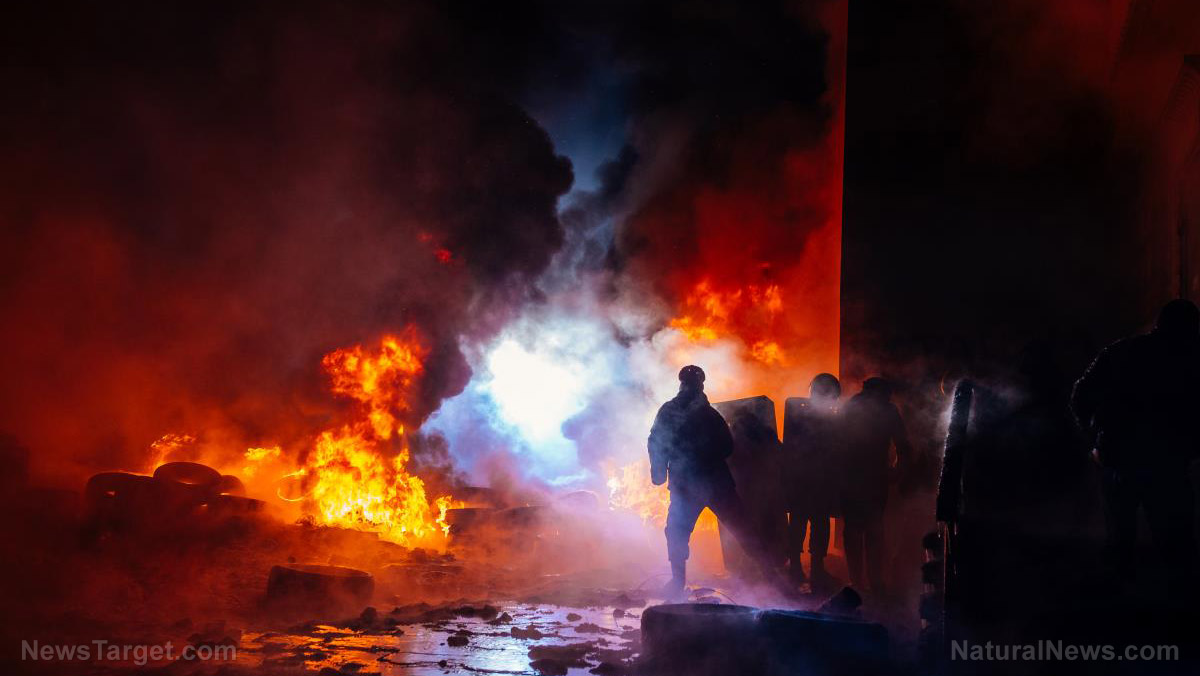 A legendary reporter, executive editor and vice president of the Washington Post says that politically divided Americans are now engaged in a “cold civil war” that has been largely fed, then exacerbated, by the media.

Carl Bernstein, appearing over the weekend on CNN’s “Reliable Sources” program with host Brian Stelter, made his observations in the context of the deep political divisions within the country that intensified over Barack Obama’s two terms and have only grown since the election of Donald J. Trump.

As reported by the Washington Examiner, Bernstein also noted that Trump’s pushback against the “fake news” being reported by many establishment media outlets (including CNN and the Washington Post) has contributed to the situation, with many perceiving such reporting as espousing different “truths” regarding current events.

During the interview, Bernstein compared the Watergate era of the early 1970s to today’s political/media environment, while stressing how important it is for reporters to use anonymous sources. He also said that “quote ‘leaks’” are “really not leaks,” but rather “mostly reporters trying very hard to get truthful information and put some context into this story” — mostly the fake “Trump-Russia collusion” that has so riled the Left, thanks in large part to the credence and attention being given the phony story by the very same media.

Trump and his inner circle have been the victims of an unusually high number of said “leaks,” many of which have turned out to be completely false. In fact, in recent months, on several occasions, the Post, CNN, The Associated Press and The New York Times have all published fake ‘news’ based on ‘leaked’ information using anonymous sources, which led even a number of journalists to question the integrity (and intentions) of the reporting sources.

Bernstein said his own reporting on Watergate, which he did with fellow WaPo reporter Bob Woodward, was based primarily on anonymous sources. But unlike today, those sources were accurate — and besides, Bernstein and Woodward verified their facts.

But the big difference today, he said, is that now “we are in the midst of a cold civil war in this country,” politically and culturally, “and all of our reporting is taking place in the context of that cold civil war” — meaning it is increasingly partisan and biased. “…[N]othing quite like that existed at the time of Watergate,” he added.

Then, as the Washington Examiner reported, came this revelation:

Part of the “cold civil war,” Berstein added, can be pinned on the “configuration of media with Fox News, with CNN being perceived by different sets of viewers as representing different truths.” Singling out Fox News, he said the right-leaning cable news channel has “changed American politics as perhaps no other institution has.”

That’s really odd, given that Fox News has not been caught reporting “fake news” related to the Trump-Russia collusion narrative; all of it has come from decidedly Left-wing mainstream media sources. While it’s true that there is a political slant to Fox News and the other media, the former is just about the only “mainstream” news service that does lean to the Right, at least in an editorial sense. But the reporting has been solid — and accurate.

In any event, Bernstein’s “cold civil war” observation is spot-on. (Related: Donald Trump the last President of these “United” States? America may fracture and descend into civil war.)

What’s also true, however, is that much of the Left-wing “mainstream” media’s reporting is designed to feed into, then exacerbate, anti-Trump hatred and anger — it’s not designed to be accurate. For instance, as a media organization you don’t continue relying on a discredited “dossier” as the basis for your contention that Trump and Russia “colluded” to “steal” the election from Hillary Clinton, and yet that happens on a daily basis.

Will this “cold civil war” turn hot? There is one way to avoid it, and I have just published a short e-book on modern-day secession outlining its history and how it would allow us today to avoid the massive death and destruction of a new “hot” civil war. And it’s free for the downloading.