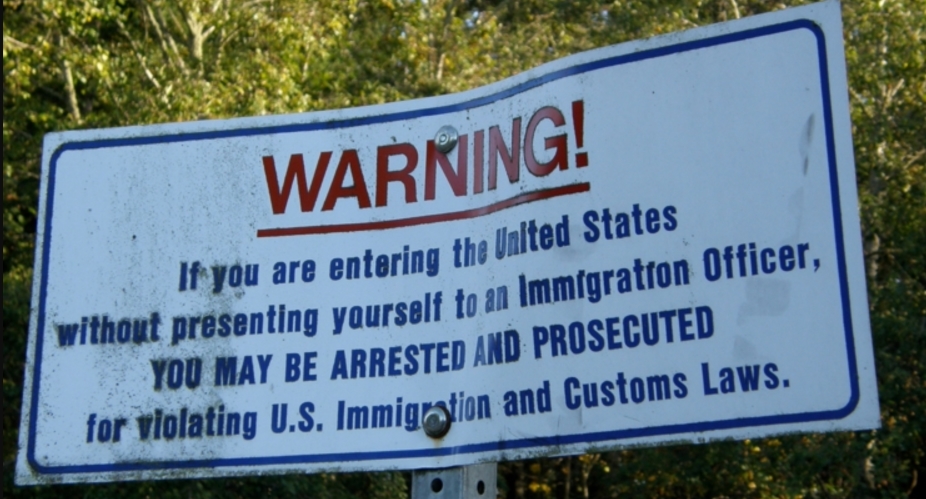 Far-left California Democrats who have a political stranglehold on the state government are on the verge of creating a sanctuary state.

It’s apparently not enough that San Francisco and other municipalities have declared themselves sanctuary cities which are non-complaint with immigration law when it comes to illegal alien felons.

Upwards of 200 American cities consider themselves sanctuaries in this regard, and as such, don’t inform or cooperate with the feds — specifically Immigration and Customs Enforcement — when local authorities detain a suspect on criminal charges who turns out to be undocumented.

Sanctuary city policies led to the murder of Kate Steinle in San Francisco by a multiple deportee and convicted felon who was let go by the local sheriff as well as other similar gruesome, preventable crimes across the country. The U.S. House recently passed “Kate’s Law,” in her honor, that imposes serious jail time on an aggravated felon who re-enters the country illegally. The House also approved a bill that would deny federal funding to any sanctuary city.

Despite opposition from the sheriffs’ union and police chiefs, the so-called California Values Act, Senate Bill 54, cleared the Judiciary Committee on its way to likely passage by a Democrat majority in the legislature. According to State Senate President Pro Tem Kevin de Leon, a Los Angeles Democrat, the measure is designed to prevent state and local police from cooperating with the “Trump deportation machine,” the Courthouse News Service reported.

Contrary to the spin by de Leon and his open-borders cohorts about focusing on only the most menacing offenders, the law contains a very narrow definition of what constitutes a serious crime that would allow a criminal to be turned over to ICE for deportation proceedings. “The measure prevents communication between state and local police with federal authorities except within a narrow list of crimes for which an undocumented person must have been previously convicted,” CSS added.

Democrats in no-ID California who are very busy running the state into the ground are in control because of rampant voter fraud, but that’s another matter.

Democrats in the increasingly less-Golden State are also anxious to give illegal immigrants a full range of benefits that blurs the distinction between citizen and non-citizen, including taxpayer-funded healthcare or granting them drivers’ licenses. (Related: Read more about California and other lawless bastions of socialism at Corruption.news.)

De Leon claims the legislation is necessary to prevent the arrest and removal of “honest, hard-working parents who obey the laws and pay their taxes and owe allegiance to the red, white and blue.”

Yet, there is no deportation machine. Fulfilling yet another campaign promise, President Trump has prioritized the apprehension and deportation of violent criminals who are in the country illegally, including dangerous gang members. This is in sharp contrast to the Obama administration, which often tied the hands of ICE agents and Border Patrol officers and allowed many criminal aliens to roam free while slowing deportations to a trickle.

In an appearance with Tucker Carlson on the Fox News Channel, Orange County Sheriff Sandra Hutchens noted that SB54 “would stop her from letting the feds know about an illegal immigrant felon in her jail,” FoxNewsInsider detailed.

Sheriff Hutchens also suggested that the bill, if signed into law by Gov. Jerry Brown, would have the opposite effect of what its authors claim they are worried about. That is, lacking cooperation from local police, ICE agents would be forced to execute search warrants on homes in their hunt for criminal aliens, in the process likely sweeping up non-criminal illegal immigrants for potential deportation.

She also pointed out that local cops have never been required to enforce immigration law per se, and the Trump administration has not asked them to perform this function.

Sheriff Hutchens added that push for SB54 is “a totally political issue and does not take into account the public safety of Californians…It’s a symbolic act aimed at the [Trump] administration…but more importantly it places Californians at risk of being impacted by these criminals who are getting released to the street.”

When it comes to enforcement or non-enforcement of federal law, what do you think would happen if a state or locality, as just one example, decided to renounce same-sex marriage even though it is the law of the land?