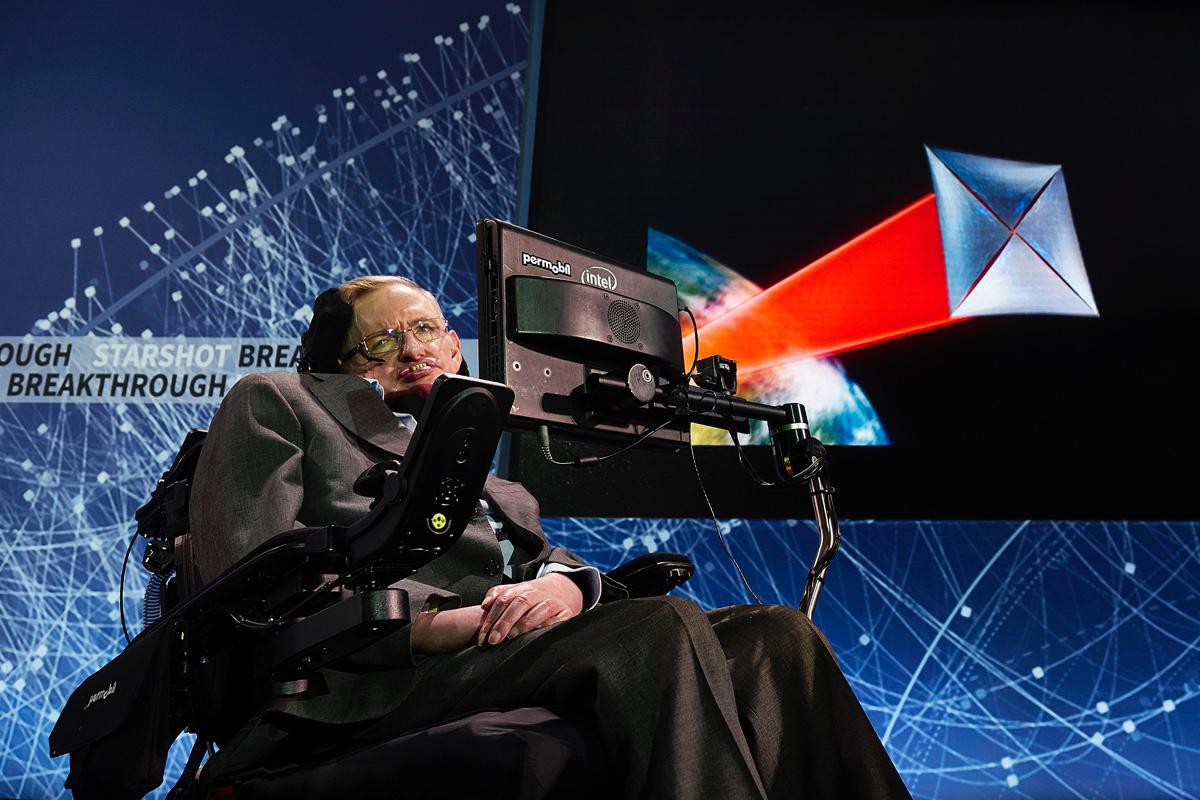 If you are a supporter of President Donald J. Trump, you might not have realized that voting for him was casting a vote to destroy the planet.

Yes, I know — that sounds like nothing but hysterical Left-wing hyperbole.

That’s because it is.

Renowned theoretical physicist Steven Hawking claimed in recent days that Trump’s policies are going to be responsible for pushing Earth “over the brink,” a prediction that is being widely panned by other scientists.

Reason No. 1, as you Trump supporters have probably guessed, is the president’s decision to pull the United States out of the massive wealth redistribution scheme otherwise known as the “Paris Climate Accords.”

“We are close to the tipping point where global warming becomes irreversible. Trump’s action could push the Earth over the brink, to become like Venus, with a temperature of two hundred and fifty degrees, and raining sulphuric acid,” Hawking said in an interview with the BBC.

“Climate change is one of the great dangers we face, and it’s one we can prevent if we act now,” Hawking said. “By denying the evidence for climate change, and pulling out of the Paris Climate Agreement, Donald Trump will cause avoidable environmental damage to our beautiful planet, endangering the natural world, for us and our children.” (RELATED: Over 30,000 scientists say ‘Catastrophic Man-Made Global Warming’ is a complete hoax and science lie)

But climatologists — including those who normally parrot the global warming hoax — pushed back against Hawking’s claims, with one even calling them “wacky & bizarre” in a tweet:

A good example that even brilliant scientists sometimes say silly things when it's outside their field of expertise (see Nobel disease) https://t.co/QPsmB1bsv0

Stephen Hawking being silly:
No risk of climate runaway to Venus
US Paris cuts were just 0.2% of needed to 2°Chttps://t.co/fnbbCkQihg pic.twitter.com/FaDZFY4K8c

As for the Paris Accords being nothing more than a transfer of hundreds of billions of dollars from rich nations to poorer, developing nations, one only needs to hear Turkey’s reason for pulling out of the agreement. As Reuters reported in recent days, via The National Sentinel:

The U.S. decision to pull out of the Paris climate agreement means Turkey is less inclined to ratify the deal because the U.S. move jeopardizes compensation promised to developing countries, President Tayyip Erdogan said …

Erdogan was speaking at the G20 summit in Germany where leaders from the world’s leading economies broke with U.S. President Donald Trump over climate policy, following his announcement last month that he was withdrawing from the accord.

He further stated that the primary reason why Turkey signed on in the first place was because French officials assured him that his country would be paid to do so.

“So we said if this would happen, the agreement would pass through parliament. But otherwise it won’t pass,” Erdogan told a news conference, adding that indeed the Turkish parliament had not yet approved the measure.

“The climate change alarmists and members of the Church of Global Warming will continue to believe the Left-wing lie that the Paris Accords were a real thing,” The National Sentinel observed. “But the truth continues to show itself: The entire scheme was nothing more than a big payout, which ought to make the global warming faithful ask the question: How, exactly, does transferring wealth affect climate?”

Tens of millions of Americans who were happy with Trump’s decision would like to know.