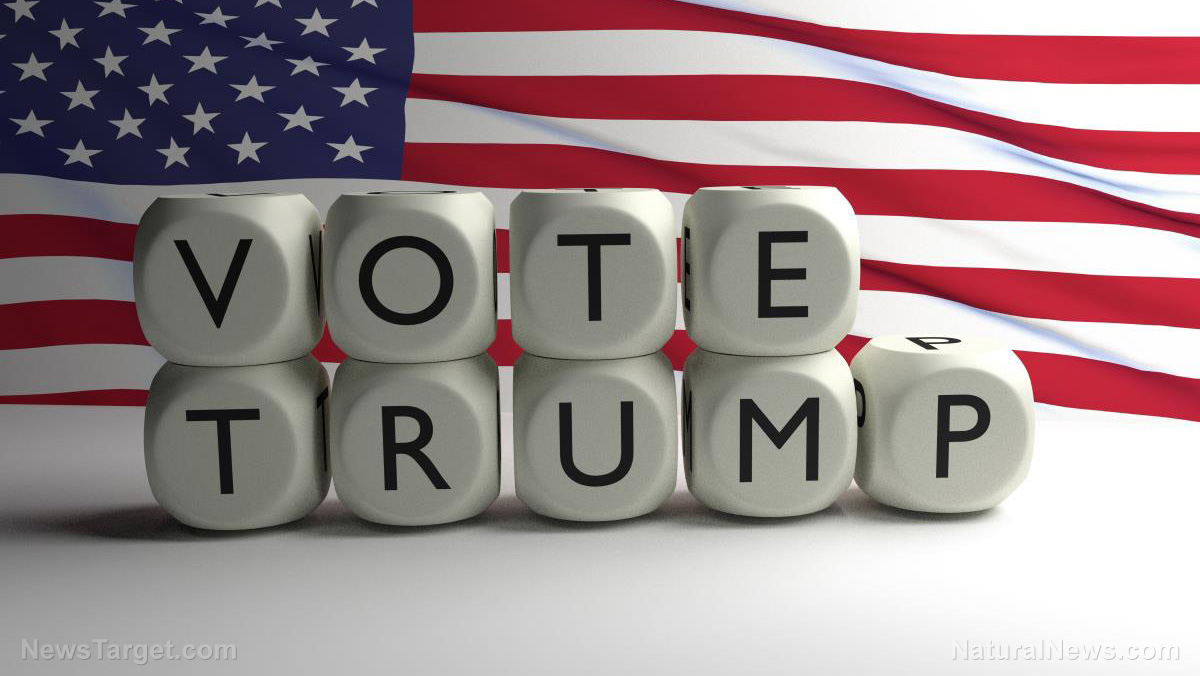 If all you read or listen to is the disgustingly dishonest Washington establishment media, on any given day throughout his first six months on the job, President Donald J. Trump was teetering on the edge of failure, just a tweet or a comment or a misstep away from losing it all, taking the country down with him.

But a spate of stories on Friday proved not only are such allegations false, quite the opposite is taking place: The president and his administration are delivering big time on the promises Trump made during his campaign last year, and already the country is responding in ways that the Trump-hating “mainstream” media is never going to tell you.

Here are just a few examples:

— According to Trump’s Office of Management and Budget Director Mick Mulvaney, the president and his various Cabinet officials have removed or withdrawn something like 860 Obama-era regulations, which is part of the president’s overall strategy to roll back as many federal rules as possible, Breitbart News reports.

In a presser with the media, Mulvaney was updating reporters on the president’s early executive order instructing federal agencies to eliminate two regulations for every new rule implemented. In reality, said the OMB director, the administration’s ratio is more like 16-to-1 rather than 2-to-1.

During a presser on Thursday, Mulvaney said the “next iteration” of Reaganomics — President Ronald Reagan’s economic policies that led to massive growth of jobs, GDP and opportunities — was going to be “MAGAnomics,” which he defined as “a unifying theme of just about everything we do.” He believes it is vital to see 3 percent annual growth in the country once again, to deliver on the president’s promise of better and more plentiful job opportunities.

Talking about the “slow accretion, that slow cancer that can come from regulatory burdens that we put on our people,” the OMB director noted that, during the “last six months here, the Obama administration put on over six billion dollars in new regulatory burden,” adding, “We had zero.”

The policies of MAGAnomics already seem to be paying dividends.

— Breitbart News also noted, citing statistics from the U.S. Dept. of Agriculture, that participation in the food stamp program has nosedived, falling to its lowest level in seven years.

The site noted further that USDA statistics for the “Supplemental Nutrition Assistance Program (SNAP) participation showed that 42,609,852 people in the U.S. took part in the food stamp program in fiscal year (FY) 2017, the lowest level it has been since 2010 when 40,302,000 people enrolled in the program.”

Participation in the program has been falling since 2014 — but only after Obama was forced to placate Republicans who sought some cuts to the program in the 2014 farm bill, followed by state efforts to also trim dependency on the program. Some states, like Maine, reimplemented a work requirement for residents to receive food assistance. Georgia followed, along with a number of other states.

— A number of industries are all showing steady growth, including mining, construction, and manufacturing, CNS News reported.

Mining expanded a whopping 21.6 percent during the first quarter, after only increasing 5.2 percent in the fourth quarter of 2016. “The first quarter growth primarily reflected increases in oil and gas extraction, as well as support activities for mining,” the Bureau of Economic Analysis noted.

This is substantial because that kind of growth should continue. Trump has made it a point to revitalize the mining industry, particularly coal mining, by extracting the U.S. from burdensome “climate change” agreements like the expensive Paris Accords and rolling back regulations aimed at curbing mining growth. Indeed, the first new coal mine in the Trump era opened in mid-June in Pennsylvania.

But other industries are also growing — industries that produce good-paying jobs and, in and of themselves, indicate a broader economic renaissance, like construction. (Related: Making The VA Great Again: Trump Administration Has Fired More Than 500 Veterans Administration Workers Since January.)

This is just the beginning. Trump has only been in office six months. If his administration continues to fulfill his promises of expanding opportunity by essentially getting the federal government out of our way, there is no telling how much the economy will grow.