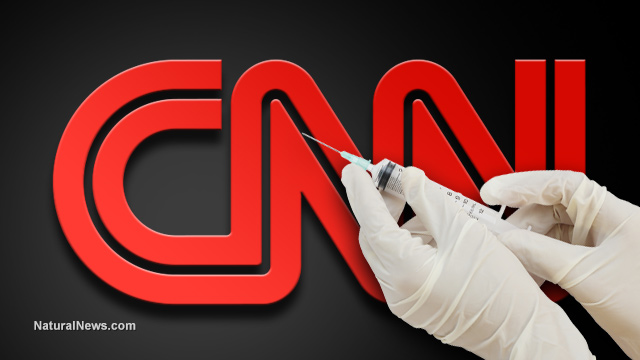 Reaching new lows in fake journalism that only CNN could achieve, the “Clinton News Network” recently aired a ridiculous segment in opposition to President Trump’s temporary travel ban that aimed to brainwash children by pulling in one of their favorite television characters: Sesame Street’s Elmo.

In one of the most blatant propaganda segments in recent months, CNN reporter Clarissa Ward joined Sherry Westin from Sesame Workshop and David Miliband from the International Rescue Committee to interview Elmo about the refugee agenda. With carefully worded questions meant to exploit children’s innocence about the matter, the panel asked Elmo about Syrian refugee children and how they compare to American children.

“Did you find that the Syrian little girls and little boys were a lot like your friends here in America,” CNN’s Ward inquired of Elmo. “Yeah, they really were,” he said. “It was very interesting because they like to play and learn just like Elmo and all of his friends at Sesame Street,” he added, in classic third-person referencing himself.

The point was to lambast President Trump, of course, who is merely following up on guidelines set forth by the Obama administration concerning countries of risk from which travelers require better vetting to ensure that they’re not terrorists. The President’s temporary travel ban is meant to better protect Americans, including American children, from these threats, though no mention of this was made during the interview with Elmo.

The segment in its entirety is available for viewing on YouTube.

The politicizing of children’s television characters to push a globalist agenda on innocent young ones is about as evil as it gets. But CNN’s Ward and her friends think it’s a good thing, and exactly what needs to happen in order to capture the young minds of America and early as possible. Using educational programming as psychological weaponry, in other words, is right up CNN’s alley.

“[Sesame Street] could be a real lifeline for kids who frankly suffer the most unspeakable trauma as a result of war,” stated Miliband during the panel segment. “I think it’s very important that we try and use every conceivable method to give these kids a chance.”

Miliband is, perhaps not surprisingly, of the persuasion that President Trump’s travel ban is an affront to refugees – and because it was Trump who did it, it’s probably also racist and xenophobic. Tiny humans who likely don’t even know how to tie their shoes are apparently at a ripe age to start judging the President on matters of which they know nothing, and CNN thinks Sesame Street is the vehicle to make that happen.

“Our vision is that every child should have a friend on Sesame Street … Who better than Elmo and his friends to give kids a sense that there is a humanity out there?” Milliband added.

Elmo also chimed in himself on the matter, explaining to viewers that “it’s important to know that everybody is the same deep down and that’s very important.”

This wouldn’t be the first time, of course, that Elmo has been politicized to push a political or corporate agenda. Back in 2015, the friendly red character was positioned alongside then-United States Surgeon General Vivek Murthy in a video that aimed to indoctrinate children into believing that vaccines are wonderful and that everyone needs them in order to stay healthy.

Elmo was seen asking the question, “Why does Elmo need a vaccination anyway?” to which Murthy answers with all of the usual corporate talking points. No mention was made about any of the side effects listed in the vaccine package inserts, as children were simply told that vaccinations are the only logical option for staying healthy.